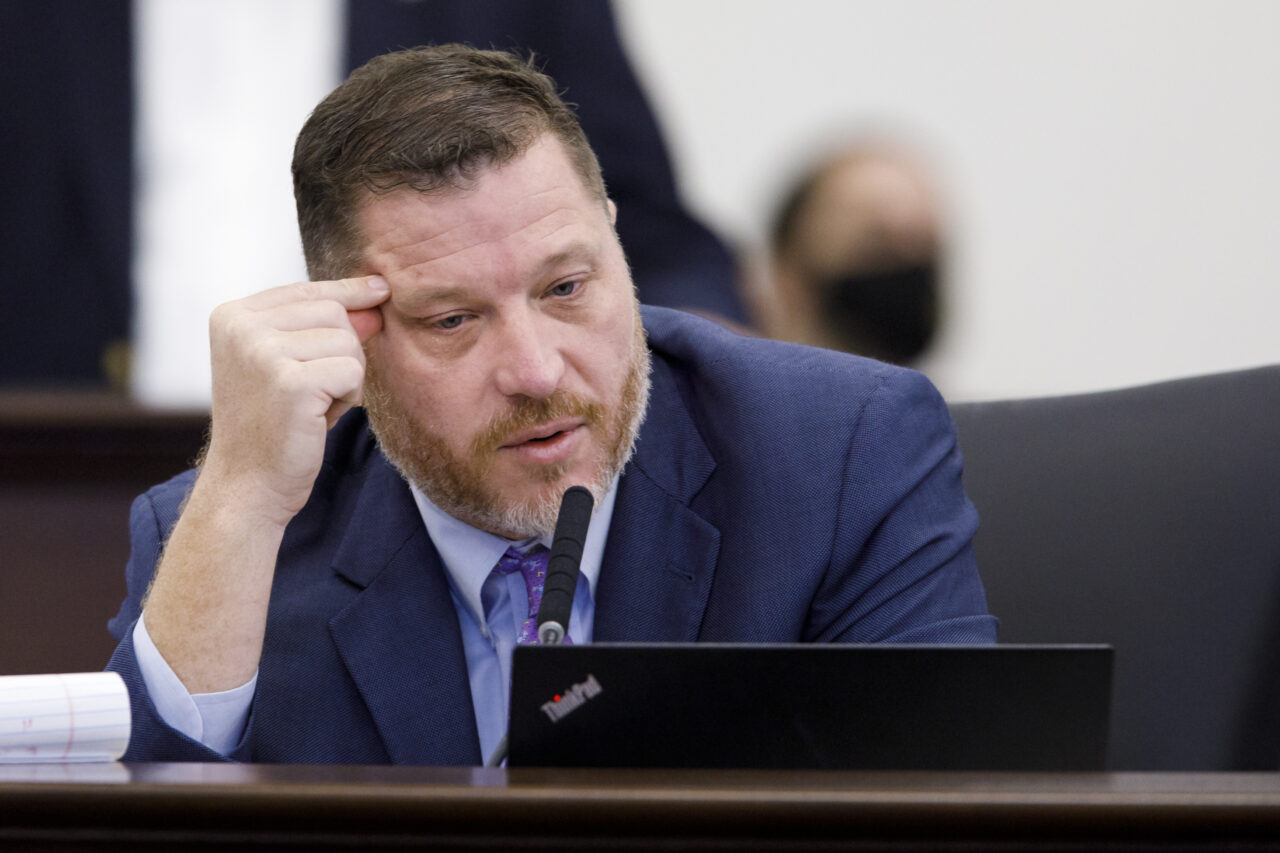 'Our university presidents are our last line of defense, really, against that kind of political theater.'

Professors from Florida universities and colleges rallied at Thursday’s Senate Rules Committee, speaking against legislation that would provide a public records exemption on information about applicants seeking a state higher ed presidential position.

But despite public protest from statewide faculty members, the measure (SB 520) cleared its final committee in a 12-5 party-line vote. It can now head to the Senate floor.

St. Petersburg Republican Sen. Jeff Brandes is the sponsor of the bill, which would create a public records exemption applicable to the pool of public university and college presidential applicants. Information on selected finalists would be made available, however. The Senate version provides a 21-day period for information on the finalists to be made public in order for the university or college to receive community feedback.

Critics of the bill argue it will reduce transparency and the exemption violates Florida’s Sunshine Law.

Andrew Gothard, president of United Faculty of Florida, hammered into the legislation, calling it a “recipe for corruption.”

“These positions are some of the most powerful unelected positions in the state that control billions of dollars in public funds,” Gothard said. “This law is a recipe for corruption, where Florida students are left paying the ultimate price.”

Gothard also challenged the argument made by proponents of the bill that the change would bring in a broader pool of applicants.

“How can our state be struggling to find highly qualified presidents while at the same time the presidents we are hiring are continuing to lead our higher education system to new heights of quality education?” Gothard said. “It’s working. Our higher education hiring processes are working. They are drawing highly qualified applicants, and individuals with conflicts of interest or other factors that would make them unfit or unsuitable to serve in such a public position are being sifted out.”

“Why does an applicant — a mysterious, unnamed, unstated applicant — have more of a right to privacy than the public has a right to an open and honest and transparent hiring process?” Gothard added.

The discussion soon moved into the topic of freedom — a unique criticism the bill faces, with opponents drawing from Gov. Ron DeSantis’ State of the State Address in which the Governor described the state as “freedom’s vanguard.”

Patrick Niner, a professor of literature at Florida Gulf Coast University, said the bill was “important in the larger context of what’s happening in higher education in Florida,” citing the politicization in recent years of Florida higher education institutions.

“As for this bill, what began as political theater has mutated into a grim reality,” he said.

Niner talked about the shift he has experienced when telling people he’s a college professor, which is now met with suspicion by the public.

“I’m asked first thing whether or not I talked politics in class, whether or not I teach critical race theory, suspicion that I’m some kind of liberal, communist indoctrinator,” he said. “Our university presidents are our last line of defense, really, against that kind of political theater.”

When prompted by Sen. Bobby Powell, who asked Niner if he feels “free,” the professor kept it short: “No.”

Once public testimony ended, Democratic Sen. Gary Farmer referenced the slew of educators who spoke against the bill, calling them experts in the subject at hand.

“Educators, professors, administrators, officers of the United Faculty of Florida, they’ve all come before us and testified on this bill and again, with the exception of our last speaker, not one has supported this bill,” Farmer said. “These are subject matter experts. These are people that it’s claimed this bill is there to help and support, yet they’re telling us they don’t want it.”

However, proponents of the bill, including FGCU President Michael Martin, continued to advocate for it, saying it is necessary in order to improve the pool of applicants to state university and college presidential positions.

“This is a good compromise — a little less sunshine will lead to greater excellence,” Martin said.

Sen. Dennis Baxley also spoke in support of the bill, saying it would bring “order” to the selection process.

“We’re talking free-for-all here. These are not publicly elected officials. These are people who are hired through an orderly process and a democratic republic,” Baxley said. “At the end of the day, when you make these kinds of business decisions — it is a business decision, who is going to be the CEO of this company and who’s going to run it for the state — we have to have an orderly process.”

Rep. Sam Garrison filed the House version of the bill (HB 703), which is awaiting its final committee meeting.