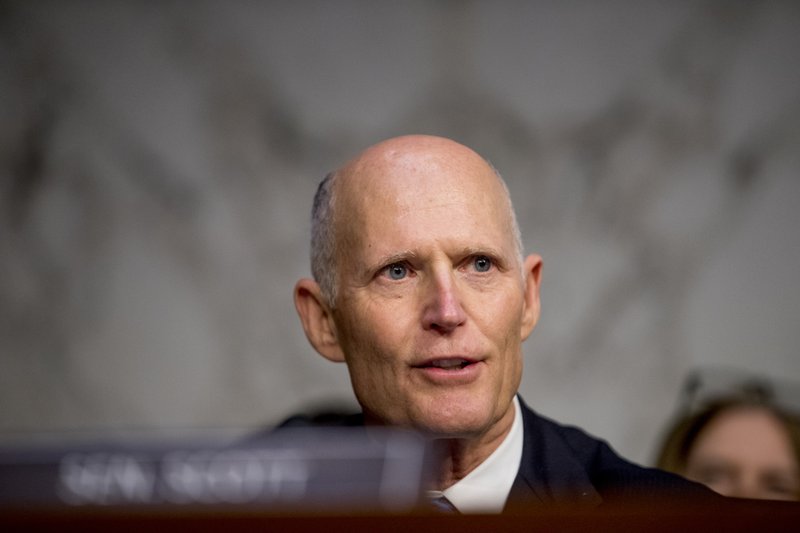 Scott was on the right-of-center Charlie Kirk radio program offering a point-by-point explanation of his plan when the conversation turned to the heteronormative “Gender, life, science” plank of the platform.

“Think of all the women who worked their butts off to try to make sure that women’s sports were funded through universities and things like that,” Scott added. “Now men decide that … they want to play women’s sports. That’s wrong. We’ve got to not allow that to happen.”

Scott’s plan offered a general rejection of transgender athletes in women’s sports: “We will protect women’s sports by banning biological males from competing. It is hugely unfair and would erase many of the gains women have made in athletics over the last 50 years.”

But the plan did not mention swimmers specifically, such as the trailblazing Lia Thomas of the University of Pennsylvania. Thomas has dominated women’s swimming in the Ivy League, and will be part of the upcoming NCAA championships.

Scott has brooked controversy since introducing this agenda to “rescue America,” and much of the sharpest fire has come from inside his own party. That includes Senate Republican leadership, which Scott is a part of as head of the National Republican Senatorial Committee.

Minority Leader Mitch McConnell did not hold back in divorcing the caucus from Scott’s agenda Tuesday.

“If we’re fortunate enough to have the majority next year, I’ll be the Majority Leader,” McConnell said. “I’ll decide in consultation with my members what to put on the floor.”

“Now let me tell you what will not be part of our agenda,” McConnell continued, savaging two key components of the plan.

“We will not have as part of our agenda a bill that raises taxes on half the American people, and sunsets Social Security and Medicare within five years. That will not be part of a Republican Senate majority agenda.”

Scott walked out of that press conference, then refused to directly engage questions about the press conference during a hit on the friendly Fox Business Channel Wednesday. However, he struck a decidedly more defiant tone on his Twitter account.

Let me just be very clear – I answer to God, my wife Ann, and the people of Florida. That’s it.

I won’t be intimidated or silenced by any politician from either party. Republicans outside of DC demand bold action to save this country. That's what I'm going to keep talking about. pic.twitter.com/2TPMd3mZEE