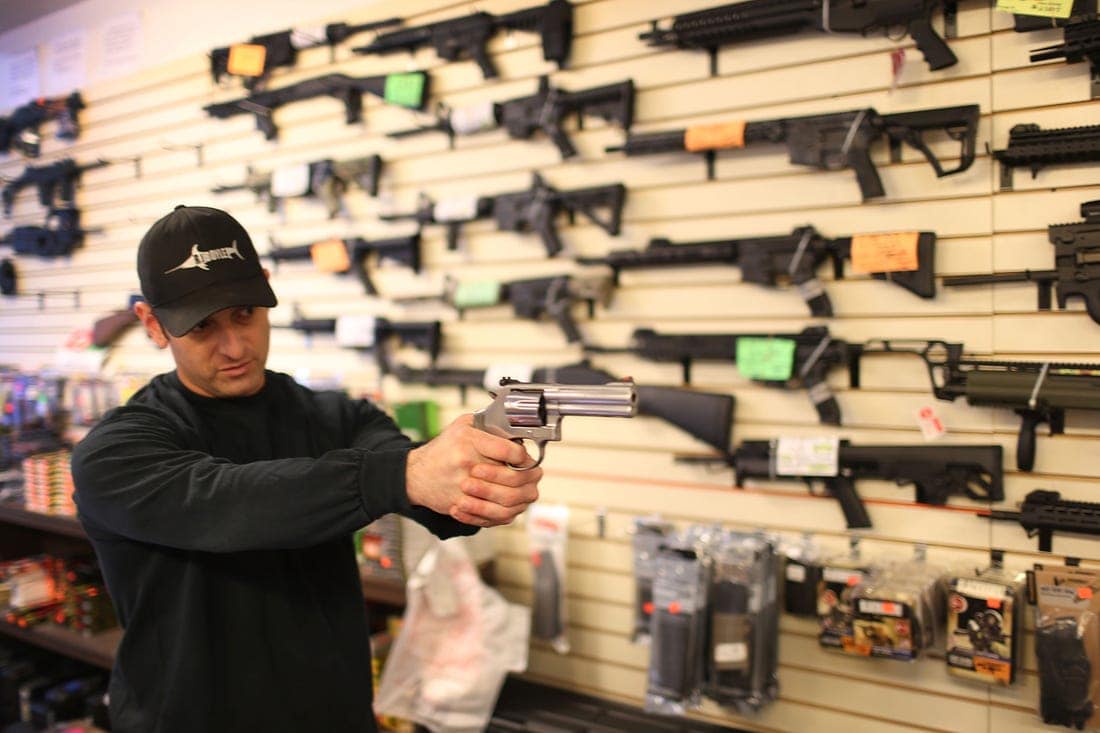 The legislation included an assault weapons ban, gun sale restrictions and a lift of the state's local gun control preemption.

Eleven pieces of gun control-related legislation backed by Democratic lawmakers have not been taken up by a single committee this Legislative Session. With committee meetings concluded except for special meetings permitted by chamber leadership, the bills are officially dead in the water.

This Session, all of the bills looking to tighten existing restrictions or ban certain products and practices were filed by Democrats. Since Democrats are the minority party in both chambers, they needed approval from Republican committee chairs and leadership who have signaled support for relaxing gun control regulation, not strengthening it.

Broward Sen. Gary Farmer Jr., who has backed gun control legislation since he joined the Senate six years ago, was a sponsor on four of the 11 bills. Palm Beach Sen. Tina Polsky also backed four bills.

One of the bills Farmer sponsored was SB 214, which would ban large-capacity gun magazines and military-style firearms, including AR-15 models. The House (HB 199) and Senate versions attracted a total of 35 Democratic cosigners.

Rep. Carlos Guillermo Smith of Orlando, the bill’s House sponsor, has backed the legislation for five consecutive years. He first submitted the bill after being elected in 2016 just months after the Pulse nightclub massacre in Orlando, the second-worst mass shooting by a single gunman in U.S. history.

Smith said in February that even that bill as it stands is not enough.

“The 17 taken in Parkland, the 49 taken at Pulse — if we’re going to honor them with action, we have to really prioritize the health and safety of our communities — the freedom of all Floridians to not fear that they’re going to get murdered by an assault weapon if they go to the grocery store, if they go to a nightclub or send their child to school,” Smith said. “That advocacy, that needing to honor them, doesn’t end at one bill.”

Some of the other bills were aimed at changing how firearms are sold and stored.

SB 204, sponsored by Farmer, would have required all transfers and sales of firearms go through a licensed dealer.

Another bill wanted to give more power to local governments.

SB 496/HB 6049, sponsored by Sen. Annette Taddeo and Rep. Dan Daley, would have removed the state’s prohibition on allowing local municipalities to enact their own gun control measures. Preemptions preventing local jurisdictions from enacting gun control measures date back to the 1980s, but were stiffened with harsher penalties in 2011.

Daley, whose district includes several families affected by the 2018 Marjory Stoneman Douglas High School shooting, said in October that local governments should have more of a say.

“Since 2011, local elected officials, those who know their community best, have been prevented from doing what their residents demand,” Daley said. “Gun violence is an epidemic that the entire nation is being subjected to and all levels of government should have a seat at the solution table.”

previousRobin Safley: Helping Florida’s farmers helps all of us