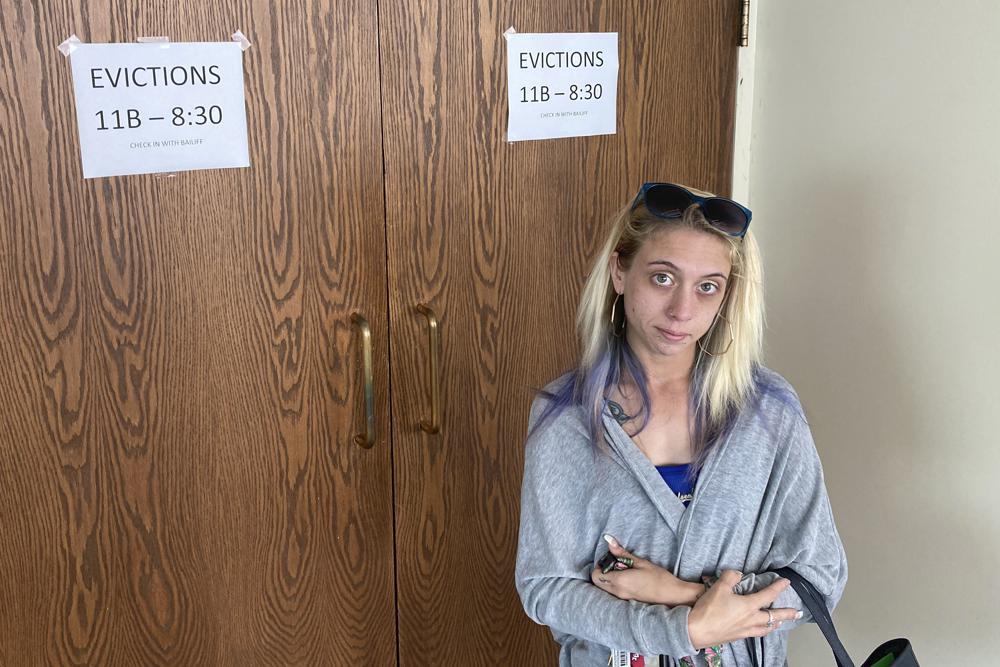 A similar NYC program helped 85% of participants stave off eviction.

The St. Pete City Council Thursday voted to explore ways the city might be able to increase the availability of legal support for tenants, especially those facing eviction.

The request was suggested by Council Member Richie Floyd and supported unanimously, with Council Members Deborah Figgs-Sanders and Ed Montanari absent. The discussion will be taken up by the city’s Youth and Family Services Committee or other relevant committees, where they will try to turn Floyd’s idea into policy.

“That’s a really powerful thing that can help not only our most vulnerable tenants, but also help our city save funds in the long term because evictions are one of the main sources of homelessness across the country,” Floyd said. “Being able to lower that number might be really useful. It’s going to be unique to our city and unique to our state. I think it will be a robust discussion and I think it will help a lot of working families in this city.”

Floyd, one of the Council’s newest members, said he hopes to soon explore other issues facing the city — including those surrounding labor — but has in his first months on the dais become a champion for housing rights and affordability. Floyd has said he aims to be a bridge between the activist community and City Hall.

An emerging housing crisis in the city was exacerbated in recent years by the COVID-19 pandemic and rapidly rising rents and inflation in the Tampa Bay area. Groups like the St. Petersburg Tenant’s Union formed in the pandemic’s wake to assist struggling renters, especially those facing eviction, often linking them with legal services to help stop or settle eviction disputes. Those services are similar to those Floyd hopes the city can provide directly.

According to the New York University Furman Center, 95% of landlords have legal representation in eviction cases, as compared to 1% of tenants.

William Kilgore, founder of the Tenant’s Union, said he was happy to see the proposal on the agenda.

“That’s something that’s really, really important,” he said. “We need to get the ball rolling. It’s a huge thing. It will have a huge material benefit for folks in St. Pete and it’s not something that runs afoul of anybody. It’s just giving folks representation in court.”

Floyd also asked the City Council to explore rent control, but that idea was voted down last month along with his proposal that the city declare a housing state of emergency. Days after the vote, a housing affordability study conducted by Harvard University found nearly half of St. Pete renters are cost burdened. It also found about 69% of renters who make 50% or less than the area median income spend more than half that income on rent.

Some renters have said the situation is dire. They’ve threatened to set up a “tent city” outside City Hall to protest a lack of immediate action.

Floyd’s request came the same day the city announced it would use more than $34 million of the $45 million St. Pete received through the American Rescue Plan Act funds on affordable housing. The other $11 million will go to health and social equity services.

The city initially planned to spread the money to five areas highlighted during public meetings. That would’ve allocated money to infrastructure, public health and safety, and economic recovery and resilience. City staff, however, decided to use as much money as possible to bolster housing support after the public demand increased.

“It is disappointing to see the numbers go to zero on some of those other line items,” Floyd said. “But I think we all understand the situation that we’re in today.”

In 2017, New York became the first city in the country to implement a right-to-counsel program that provides free legal counsel to income-qualified tenants facing eviction. The program was limited to high-need zip codes, but more were added in 2019 and the program went citywide last year. In the first two years, nearly 85% of tenants who received counsel through the program were able to stave off eviction.

Other cities and states have since implemented or are exploring right-to-counsel programs. Last year, Washington became the first to offer a statewide program.