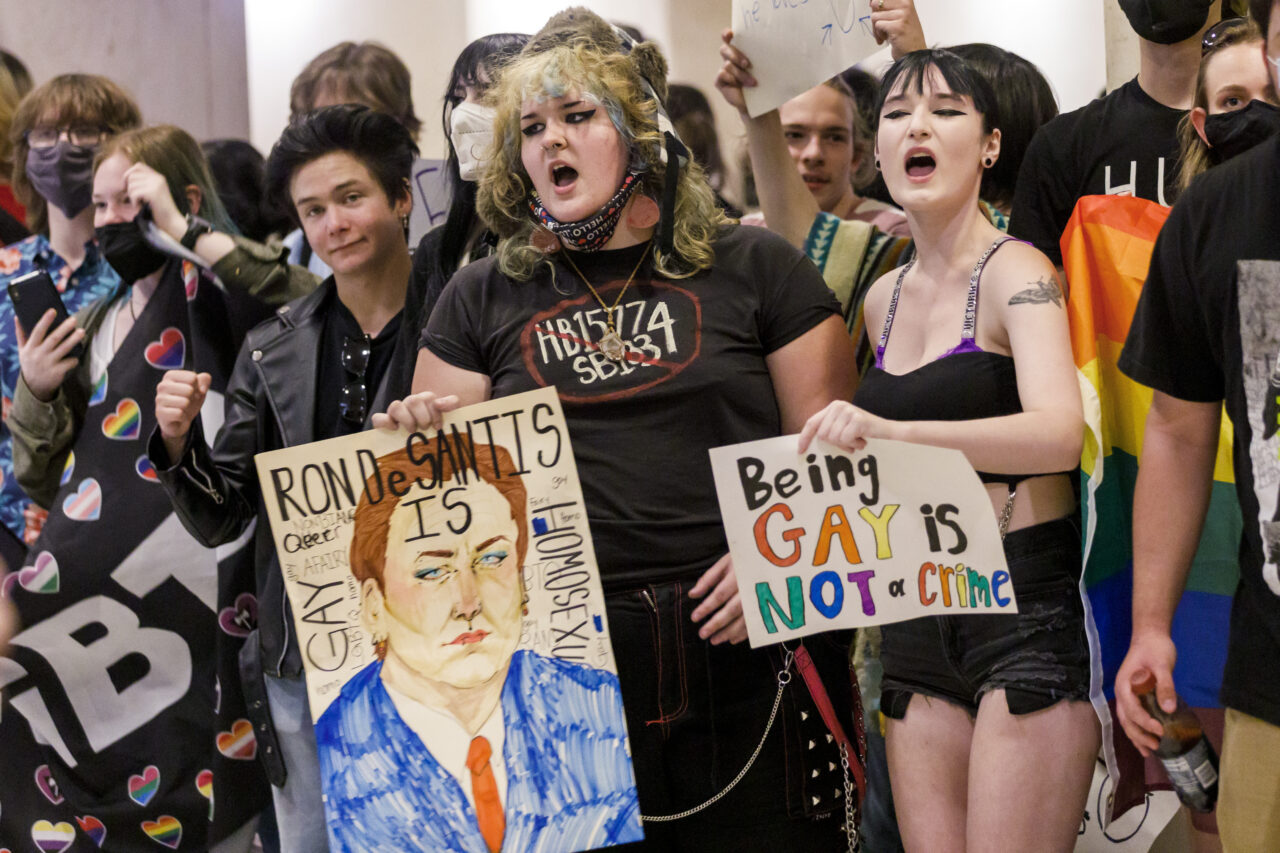 'This is the last chance for cooler heads to prevail.'

Students and faith leaders Monday will converge on the Capitol for a “Proud to Say Gay” rally in protest of legislation prohibiting “classroom discussion about sexual orientation or gender identity” in primary schools.

The 9 a.m. event will start one hour before Senators take to the floor to vote on the bill (HB 1557), which the House passed Friday, and many others.

Gen-Z for Change, which was behind a school walkout last week that saw thousand of students march to the Capitol building, is organizing the Monday rally. Faith leaders from across the state are also expected to attend what will likely be the final plea against the legislation critics have dubbed the “Don’t Say Gay” bill.

Nadine Smith, executive director of LGBTQ political advocacy group Equality Florida, noted that several Republican lawmakers — including Miami Rep. Vance Aloupis, who is the CEO of The Children’s Movement, one of Florida’s largest child advocacy organizations — voted against the measure in the House, which Ocala Republican Rep. Joe Harding filed.

“They broke with their party because the bill sponsors were unwilling to make common sense amendments to address the potential harm this legislation would inflict on students,” she said. “And they are not alone in sounding the alarm. Opposition has come from all corners including the largest parent organization in the state, child advocates, medical experts and education professionals and from student themselves.

“This is the last chance for cooler heads to prevail and for the Senate President and the Governor to stand with students, their families, and their communities in rejecting anti-LGBTQ extremism at the heart of the ‘Don’t Say Gay’ bill.”

In addition to barring all discussion of sexual orientation and gender identity with students in kindergarten through third grade, HB 1557 would outlaw all such discussion for older students “in a manner that is not age-appropriate or developmentally appropriate … in accordance with state standards.”

The legislation would also limit confidentiality between students and school personnel. Further, parents would be able to sue school districts they believe violated those rules or whose policies they disagree with for damages and attorney’s fees.

Among the students organizing the rally is Jack Petocz, a political strategist associate for Gen-Z for Change who said his school suspended him indefinitely for organizing a 500-student walkout in Flagler County. A spokesperson for the district told the Daytona Beach News-Journal Petocz wasn’t suspended but “placed on administrative excused absence,” which allows students to continue schoolwork and not face absence-related penalties while under investigation.

A MoveOn.org petition Petocz created with Gen-Z for Change and Equality Florida received nearly 33,000 signatures by early Sunday afternoon, just over 2,000 shy of its 35,000-signature goal.