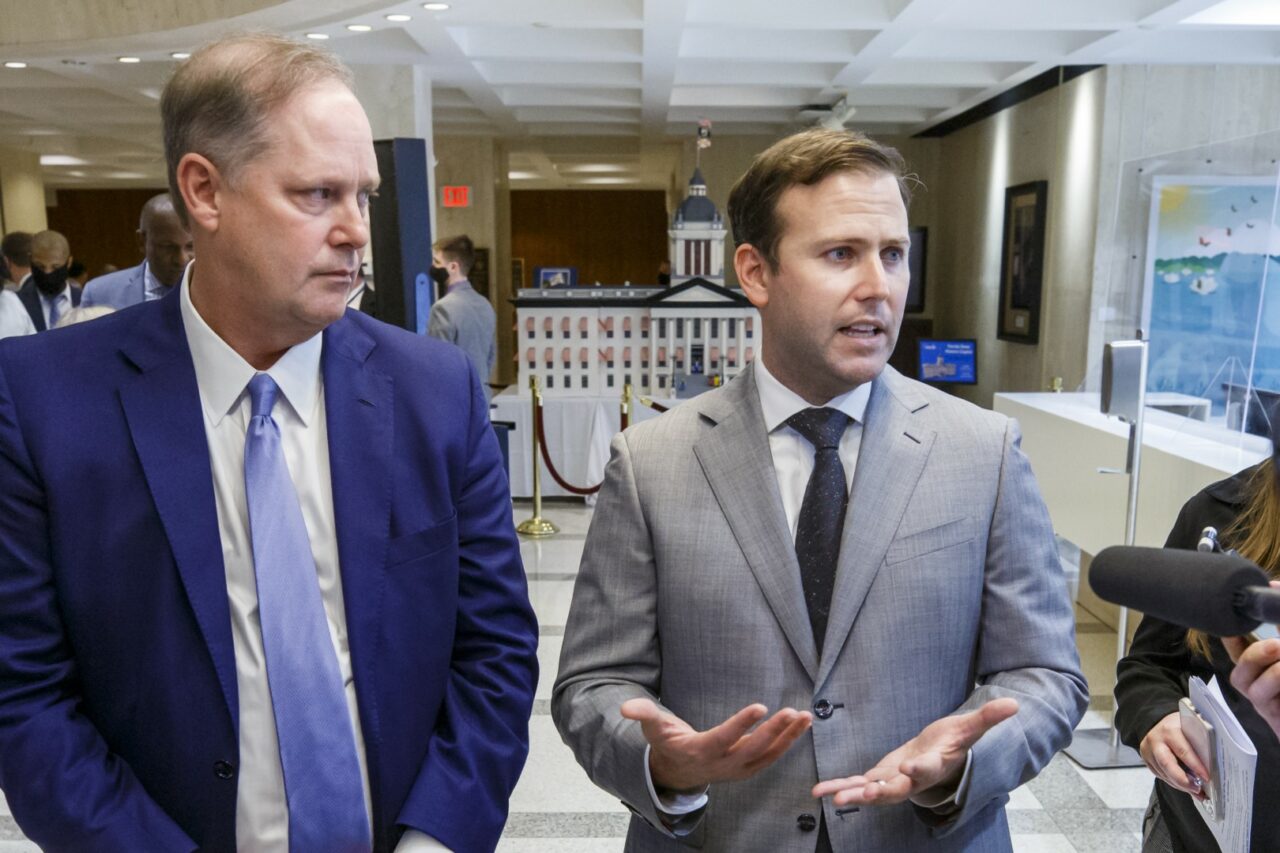 'The reason that we are so concerned about literacy is clearly they have not read these bills yet.'

As the Session comes to a close, House and Senate leaders are defending their decision to pass several high-profile bills that have elicited criticism that Republicans are harming minority populations leading up to the 2022 election campaign.

When state lawmakers and Gov. Ron DeSantis are on the ballot in November, they will be able to tout new laws on abortion (HB 5), immigration (SB 1808), LGBTQ discussion in classrooms (HB 1557) and woke instruction (HB 7). With major business for the 2022 Session all but behind them, Senate President Wilton Simpson and House Speaker Christ Sprowls say their detractors should read what the bills are mandating.

“I think there’s been a lot of hype made on several bills that have been done this year,” Simpson told reporters Friday. “I think if people would read those bills rather than getting caught up in the emotion of those bills, then most people would agree that we’ve done the right thing.”

Over the past 60 days, lawmakers have passed bills banning most abortions after 15 weeks, cracking down on immigration, and restricting topics of discussion in classrooms and corporate training. With national media latching onto storylines out of Florida, including the “Don’t Say Gay” moniker critics developed for a bill passed last week to limit lessons about sexual orientation in schools, Republicans have repeatedly said the media is riling up the public, who haven’t read the bills.

“The reason that we are so concerned about literacy is clearly they have not read these bills yet,” Simpson said.

Speaking on Thursday, Sprowls told reporters that the media and critical lawmakers, who in theory have read the bills, are using the same talking points found on Twitter.

“People are working. They’re trying to put their kids through school. We can’t expect them to see an article on Twitter on the Tampa Bay Times and go to the MyFloridaHouse.gov website and pull up the bill and read it for themselves,” Sprowls said. “They’re counting on you all to tell them what’s in the bill.”

The parental rights in education legislation would prevent discussions about sexual orientation and gender identity between kindergarten and third grade. Additionally, it would limit instruction about those topics in later grade levels to age-appropriate discussions.

Proponents say everyone should be able to get behind those measures. However, critics say it’s not the plain language of the bills that upsets them.

“I can’t not make it personal,” said Rep. Carlos Guillermo Smith, an openly gay Orlando Democrat, as he debated the parental rights legislation. “This bill goes way beyond the text on the page. It sends a terrible message to our youth, that there is something so wrong, so inappropriate, so dangerous about this topic that we have to censor it from classroom instruction.”

As the Legislature successfully passed those bills and more than 200 bipartisan or less contentious measures, some proposals fell through, like bills on consumer data privacy and property insurance. Lawmakers’ job shouldn’t be judged on the proposals that failed, Simpson told reporters.

Like DeSantis, Simpson highlighted Florida as a national leader that has grown throughout the COVID-19 pandemic.