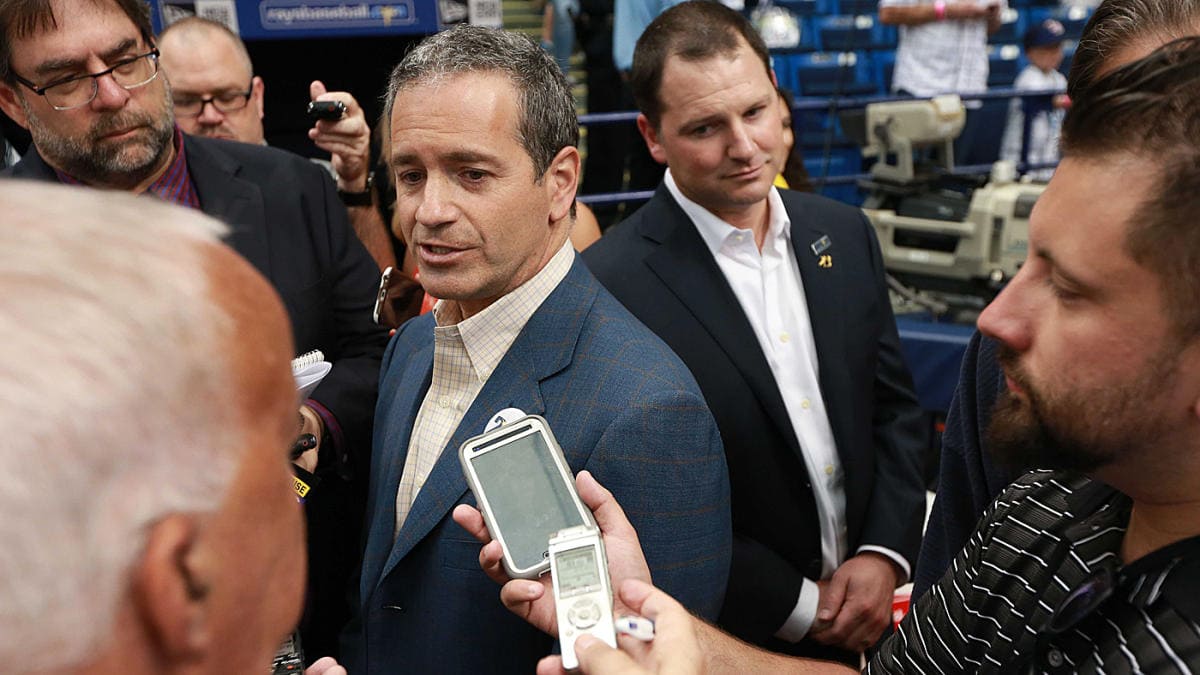 The suit says Sternberg is keeping owners in the dark about the team's management status and the status of their investments.

The five partners represent about 9.6% of the team’s ownership. They sued in May alleging Sternberg withheld profits but hit partners with taxes on those profits. Now, the group said the team’s principal ownership is deliberately withholding and backdating documents the partners have a right to inspect.

Sternberg’s company, 501SG LLC, became the managing partner of the Rays in 2005. But the group of investors said, since taking over, he didn’t hold a shareholders meeting until they requested one in 2020. Regardless of the size of their share, owners are legally allowed to inspect documents related to the activities and financial condition of the team without needing special cause.

But they gave some anyway.

The owners were concerned that they didn’t receive distribution of profits, but were taxed on a “windfall” $385 million deal with then-Fox Sports Sun in 2018. Despite not getting paid from the deal, the owners had to pay taxes on $3.85 million for each percentage of shares they own.

“Incredibly, despite exceeding a half-billion dollars in taxable income in the preceding thirty-six months, 501SG represented in February 2020 that it would not allow distributions,” the suit says. “The reason cited by 501SG for withholding distributions to Partners was that the newly emerging COVID pandemic would have an adverse impact on the team in 2020 and that Major League Baseball did not like teams to make distributions. 501SG stated that were it to make distributions, it might reduce or eliminate revenue sharing from MLB to the team.”

But the suit says distributions were withheld long before COVID-19. The meeting was called because owners hadn’t been paid between 2017 and 2019, despite the team having more than $150 million in income each year.

And things got more complicated from there.

In May 2020, Sternberg bought another owner’s shares for $10,000,000, or $1,635 million per 1% limited partner interest. That prompted other minority owners to question the value of the team and why shares were bought for less than 15% of what they believed the team’s true value to be.

And in early 2021, the owners found out that the entire Rays team and franchise had been transferred to a new organization called Ray Baseball Club, LLC, or RBC. But there were no documents indicating how or why the transfer was initiated and it doesn’t show up in any financial reporting.

The suit says Sternberg is keeping owners in the dark about the team’s management status and the status of their investments.

“For nearly two years, despite Plaintiffs’ multiple attempts to obtain information they are entitled to, the Partnership, RBC, and 501SG have either refused to provide the requested information or have provided only bits and pieces of information giving Plaintiffs only a keyhole view of the activities and financial condition of the Partnership, which raises more questions than it answers and exposes major issues with operations, protection of assets, and significant tax issues,” the suit says.

The minority owners said they’ve received inadequate responses with documents that are “obviously altered” if they come at all. The lawsuit demands years of bank statements, communications with accountants, compensation agreements and financial information about the formation of RBC, information regarding withholding profits and more.

Bronx, NY —> St. Pete, Fla. Just your friendly, neighborhood journo junkie with a penchant for motorcycles and Star Wars. Daniel has spent the last decade covering Tampa Bay and Florida for the Ledger of Lakeland, Tampa Bay Times, and WMNF. You can reach Daniel Figueroa IV at danuscript[email protected]