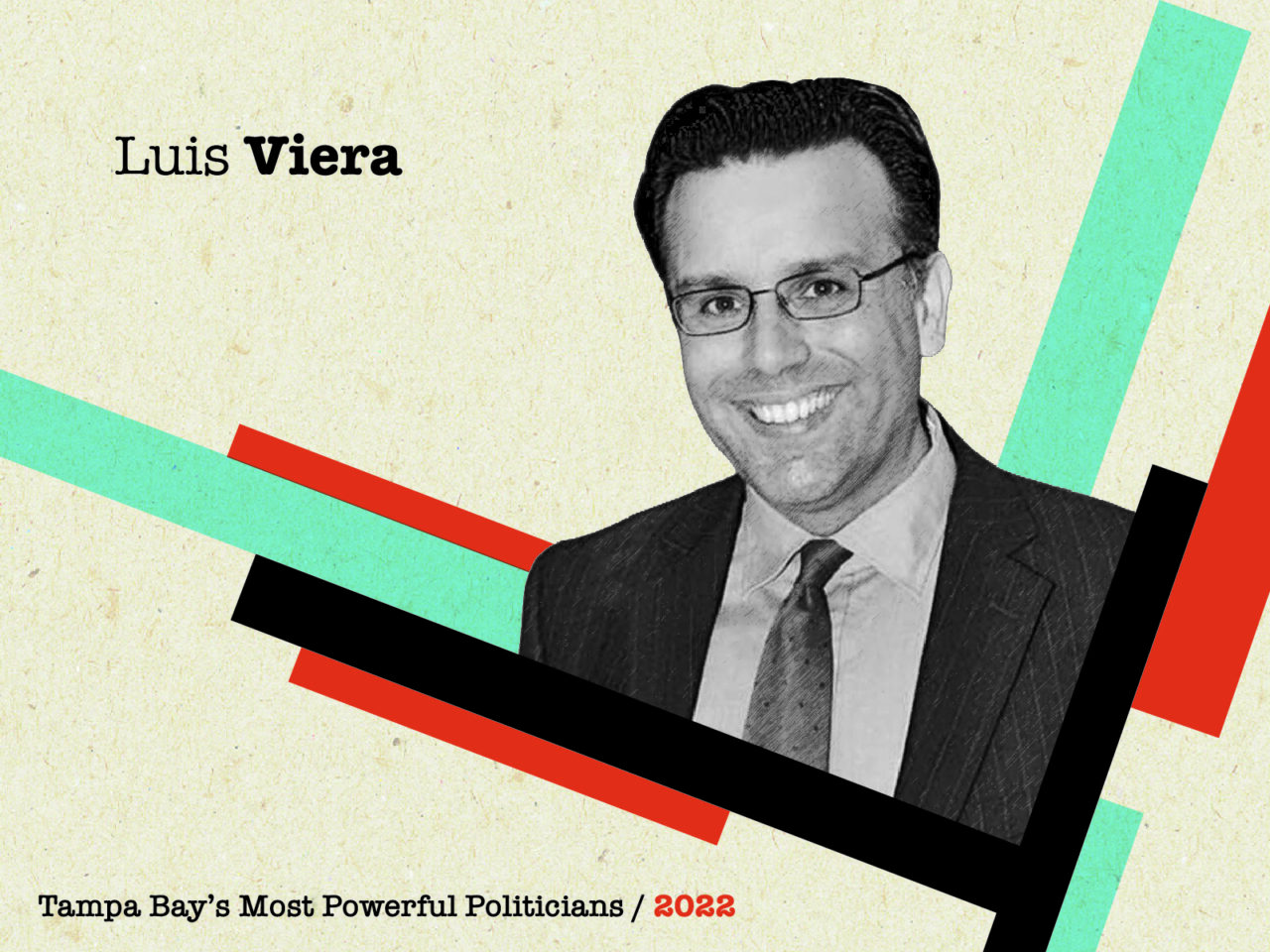 Diplomacy pays off for Luis Viera.

Luis Viera might have dropped a few spots since last year’s list, going from 22 to 25, but the Tampa City Council member is the only City Council or Commission member on the list. And it’s his third year in a row making the cut.

Viera first appeared on the list after winning a Special Election in late 2016. He reappeared in 2019 and has remained since. Viera served as Council Chair before passing the gavel to Guido Maniscalco and then Orlando Gudes. In his time on the City Council, his reputation for successfully advocating on behalf of marginalized and underserved communities has only grown.

Most recently, Viera successfully re-introduced a Tenant’s Bill of Rights measure that passed its first reading with a 6-1 vote. Viera was absent for the second reading, assuming it would pass unanimously. When — to his surprise — it did not, Viera made a promise to bring it back.

He did just that. The measure mandating landlords inform tenants of their rights and accept Section 8, Veterans Affairs benefits or other government assistance as proof of income passed unanimously with the same language that was previously voted down.

He also helped secure funding for the city’s first-ever “disability and sensory-friendly playground” that will cater to children with autism spectrum disorder and other cognitive challenges. It’s setting a new standard for inclusivity and equity among children.

“For many years, Luis Viera has been a tireless champion for some of the most vulnerable members of our community — children with special needs. His efforts help ensure that these children and their families have access to the resources and services that they need,” said Ron Pierce, president of RSA Consulting. “Councilman Viera is also one of the most visible elected officials you will find and is always accessible to his constituents. His good work and emphasis on community engagement have made him an exemplary public servant.”

Viera, a lawyer by trade, did his undergrad studies at the University of South Florida before attending Stetson School of Law. The moderately left-leaning politician had a reputation for civic engagement even before his run for the Council. He served as chair for both the Hillsborough County Bar Association Diversity Committee and the City of Tampa Civil Service Board.

Viera was elected to replace Council member Lisa Monteleone, who left her seat vacant to run for state House. Just weeks after the election of Donald Trump in 2016, Viera beat Jim Davison, by just 65 votes, allowing Democrats a small bit of relief.

With a soft-toned, gentle voice that can feel like it’s listening even as he’s speaking, Viera has become known for his civility and statesmanship. In an era marked by bitter partisan divides so deep that if one party voted for air, the other would stop breathing, Viera has been a political breeze in the time of firebrands.

Last year, he walked into the lion’s den. Viera attended a meeting of local right-wing extremist group the Community Patriots. The group’s founder, Jeff Hawks took a private plane to Washington on Jan. 6 to attend the “Stop the Steal” rally that devolved into the Capitol Insurrection.

Viera said he went there knowing it would be a hostile environment to show civil discourse still has a place. He spoke about the reality of systemic racism and implicit bias, the importance of equal justice and how he felt limiting refugees during the Trump administration was a violation of the “American Way.” And he also spoke about the need to end political divisiveness, especially amid the damage to democracy events like the Capitol insurrection have done.

“Councilman Viera is a steady and pragmatic force on Tampa City Council. Facing the city’s most pressing issues, from housing to transportation, takes the ability to compromise but also the foresight to take risks and stand firm when needed,” Christina Barker, Chief of Staff with Vinik Family Office, said. “Luis embodies a leadership style that works and always points the city in the right direction.”

Joe Henderson’s take: As rents skyrocket throughout Tampa, Viera successfully fought for a Tenant’s Bill of Rights in the City Council. Among other things, it bars bar landlords from discriminating against tenants who receive Section 8 vouchers. That’s called looking out for the little guy, and two thumbs-up for that.

nextNo. 24 on the list of Tampa Bay's Most Powerful Politicians: Janet Long