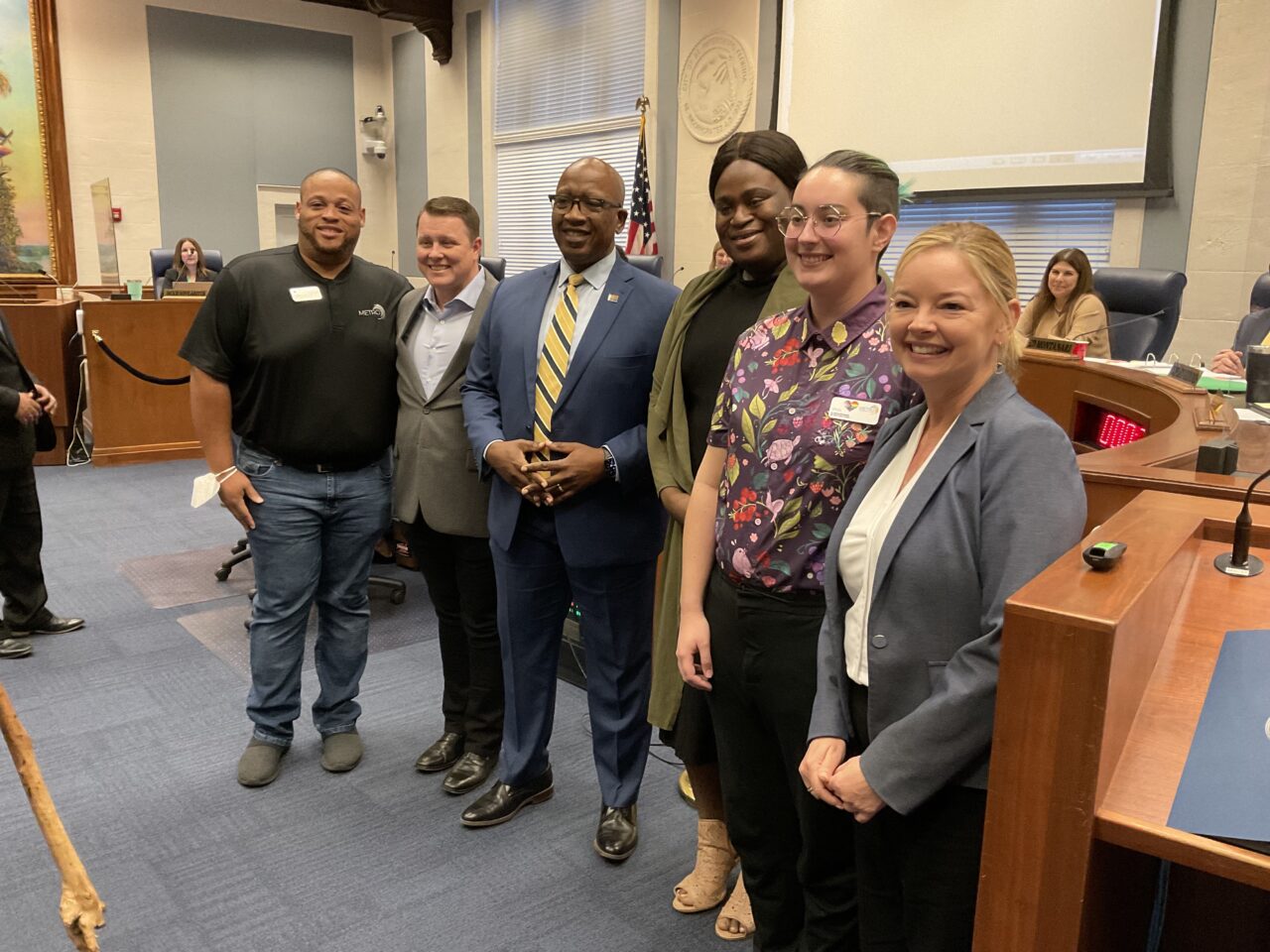 It's the fifth year in a row St. Pete has recognized the day, which celebrates transgender representation.

The last day of March signaled the start for a new fight for Florida’s transgender community.

On Wednesday night, at a campaign stop in Miami, the Governor proclaimed it was time to “gird your loins for battle” and promised to “put on the full armor of God” as he fights and “stands against the Left’s schemes.” He was joined on stage by UFC fighter Jorge Masvidal, an outspoken anti-trans athlete.

Desantis gets sexual and biblical on the campaign trail: “Gird your loins for battle. We are going to fight. Put on the full armor of God. You take a stand against the Left’s schemes. Yeah, you’re gonna face flaming arrows.” pic.twitter.com/5obcV4pead

One day later, on March 31 — which since 2009 has grown to be known as Transgender Day of Visibility — Equality Florida filed a lawsuit to block Florida’s HB 1557, also known as the “Parental Rights in Education” law, which critics have dubbed the “Don’t Say Gay” bill.

In St. Petersburg, the city recognized Transgender Day of Visibility with a mayoral proclamation. The official city document took note of Tallahassee.

“We believe everyone should be treated with respect and dignity in society and lawmaking,” Mayor Ken Welch read from the proclamation. “However, repeated legislative attacks on trans people in Florida have made trans communities feel disrespected, neglected and restricted as Florida citizens. And whereas, gender is a spectrum and we honor the bravery of the many transgender individuals who live in this vibrant city that is guided by principled progress and intentional inclusivity in their authentic gender.”

It’s the fifth year in a row St. Pete has recognized the day, which celebrates transgender representation. St. Pete has celebrated its inclusivity for two decades. The city has an LGBTQ liaison in both the Mayor’s office and police department and offers a number of support services like the Metro Inclusive Health Welcome Center.

One of Florida’s first statewide LGBTQ-focused positions is held by St. Pete’s Nathan Bruemmer. He was appointed as the new LGBTQ consumer advocate for the Department of Agriculture and Consumer Services under Commissioner Nikki Fried last year. Fried created the role in 2019. It was originally held by Shenika Harris, who left to join the Human Rights Campaign.

Bruemmer said this year’s Session added onto anti-transgender LGBTQ legislation that made it to law last year in the form of a ban on transgender girls and women competing in women’s sports in school. This year, Bruemmer said he’d never seen more LGBTQ students and young people pack into the Capitol to have their voices heard.

“We have collectively seen voices stand up together intersectionally around a number of bills that are not supportive of LGBTQ humans, of trans humans, of students, of civil rights, of freedoms. And this proclamation reminds me of how important our amazing inclusive home is here,” he said. “It’s remarkably inspirational. And I’m just reminded of why we need safe and affirming communities. And St. Petersburg is one of those bright spots in our state.”

Proponents of HB 1557 said its intent is to keep inappropriate conversations about sex out of school. Some, including the Governor’s press secretary, have insinuated that opponents are “groomers,” people who sexualize and abuse children or prepare them for sexual activity once they are of age.

“This law doesn’t solve any problem that exists. Instead, HB 1557 has been weaponized by the Governor’s Office to launch a bigoted smear campaign to attack and defame LGBTQ Floridians with baseless accusations of grooming and pedophilia,” Rep. Carlos Guillermo Smith said during a news conference this week. “HB 1557 does absolutely nothing to prohibit conversations about sex, sexual activity or sex ed with young children, despite its proponents’ claims.”

Opponents have noted that the term “groomer” is an antiquated attack on the LGBTQ community and said no one is looking to convert or teach young children about sexuality. Rather, they fear the bills “vague and broad language” would further marginalize an already vulnerable community of youth.

Moreover, a bipartisan collection of lawmakers tried to amend the language so the bill would clearly bar conversations about human sexuality rather than single out discussions surrounding “sexual orientation or gender identity.” Those efforts were quashed to keep the language the bill’s supporters have admitted is designed to keep LGBTQ-specific instruction out of school curricula, while also stating the bill isn’t just about the gay community.

“The Governor wants to have it both ways. He wants to tell everybody who’s critical of the legislation — and specifically section three, which is where all of our focus has been — that we didn’t read it or if we did read it that we have some kind of hidden agenda,” said Joe Saunders of Equality Florida. “He’s publicly yelled at reporters who called it the ‘Don’t Say Gay’ bill, with some sort of homage to neutrality as if his intention is to scrub any reference of heterosexuality or straight families from curriculum. We know that that’s not true. And that’s not their intent.”

The Governor’s Office recently has been handed a number of legal setbacks in many of those “red meat” issues it pushed for the last two years. Some of the most controversial legislation, like the anti-riot HB 1 and the elections reforming SB 90, have had key aspects of the law blocked by federal judges.