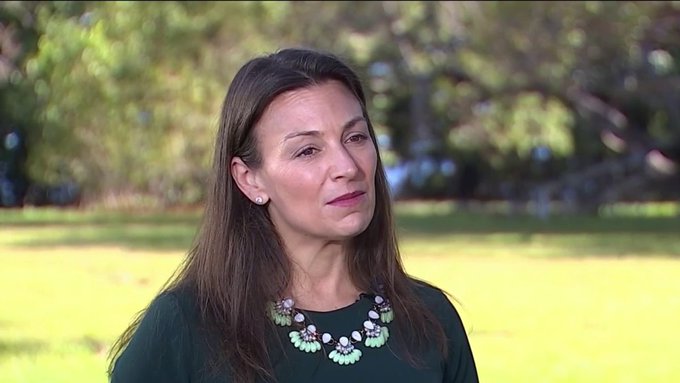 A new Department of Agriculture and Consumer Services initiative champions digging in the dirt — to plant some seeds.

Agriculture Commissioner Nikki Fried said she is looking to help end these divisive times by pushing Floridians to grow together with free seed packets.

Fried, who is trying to unseat the current Governor, appeared at the Riviera Beach Heights Community Garden Friday to announce that the time has come to get back to basics. We all need to eat, after all, she said. And it’s time to sow seeds of unity by starting what she’s calling a “unity garden.”

Because nothing brings people together like planting beans, corn, squash, okra, hot peppers and various herbs.

“We invite all Floridians to put down our arms, both figuratively and literally,” said Fried, who has often criticized many aspects of Gov. Ron DeSantis’ administration, including comparing him to Hitler.

Candidates are sure to dish dirt this election cycle, but Fried argued Floridians should dig into the soil instead.

“With April marking National Garden Month, we will provide starter seed packages to Floridians that will be distributed through dozens of partner locations across our state, encouraging individuals to start their own unity garden to bring our communities together for a positive purpose,” Fried said.

Her spokeswoman said questions would be answered next week about where these seeds can be picked up, how many the Florida Department of Agriculture and Consumer Services (FDACS) expects to hand out and what the anticipated cost will be.

Fried recalled the gardens of yore that united Americans for a common purpose.

She wrapped up with a call to participate in social media.

“We invite Florida’s gardeners to share with our Department the pictures of your community gardens as they grow, as we continue to spotlight community gardens across the state,” Fried said. “We are going to keep Florida growing.”

She also gave a shoutout to the farmers who provide their neighbors and the world with Florida produce, Florida’s second-largest economic driver.

She declined to answer questions on any other topic at Friday’s event. Fried is currently trailing in the polls against U.S. Rep. Charlie Crist, one of her rivals for the Democratic gubernatorial nomination.