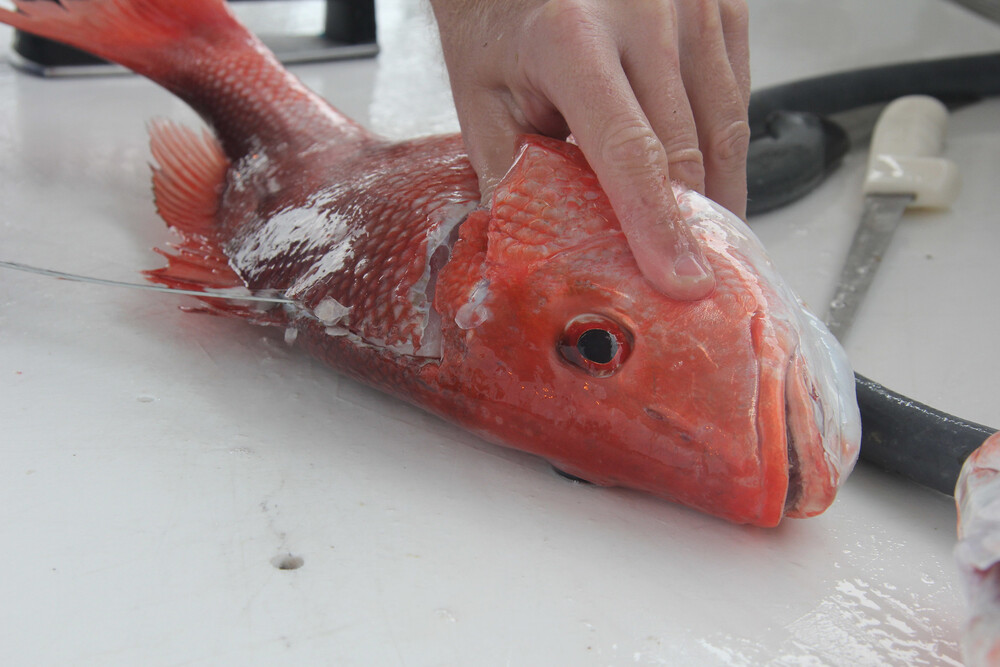 Snapper-Grouper Advisory Panel members felt they were asked to solve a problem that doesn’t exist.

It’s not quite an open rebellion by one of its own advisory panels. But fishers who advise the South Atlantic Fishery Management Council (SAFMC) on snapper and grouper in South Atlantic federal waters say it’s time for the Council to take extraordinary action and do something about the corner it painted itself in regarding red snapper.

More than four hours of passionate discussion Tuesday among members of the Snapper-Grouper Advisory Panel, or AP, led to North Carolina recreational fisher Robert Lorenz proposing a statement expressing the will of the panel to the Council.

“I think the comment that this advisory committee, which is a group of people that go fishing — fishing a lot — and are monitored, thinks the stock is rebuilt,” Lorenz said at this week’s meetings, which were held in North Charleston, South Carolina, and streamed online.

The 1980s red snapper craze cratered the fishery, and work to rebuild it has been successful according to fishers who are frustrated by an abundant fish they can’t harvest but which is forcing out other profitable fish, like black sea bass.

The way statistics are counted, bycatch — red snapper that aren’t targeted and are thrown back in the water — is the primary driver for why the fishery is technically overfished despite years of reported abundance. It’s a kind of regulatory handcuff from the Magnuson-Stevens Fishery Conservation and Management Act, which is like the constitution of federal fishery management.

“That assessment went through, it went to the (SAFMC) Scientific and Statistical Committee, and they recommended new (Acceptable Biological Catch numbers) for red snapper, based on the results of that assessment,” said Mike Schmidtke, an SAFMC fishery scientist and staff lead at the meetings.

“The implementation of these recommended ABCs, the initial years would be an approximate one-third reduction from the current ABC, which would really limit a fishery that’s already very limited.”

One of the things noted in the assessment were large bycatch statistics. Discard mortality is lower because of better-educated fishers adapting to descending devices and proper venting techniques. But once those fish go back in the water, it’s common for them to become easy meals for sharks and dolphins.

The Council has yet to settle on official language for Regulatory Amendment 35’s objectives, but the direction staff is moving toward is to try to reduce discard mortality.

“What the Council is hoping to do is inputting in this new management measure that’s going to reduce the dead releases, is that there would be more fish that could potentially be considered to go into the catchable fish, if you will,” Schmidtke said.

Doing that could increase the allowable biological catch, he added.

“There needs to be data and information to support that, to bring before the (Scientific and Statistical Committee), because the SSC would need to change their recommendation in order for that to happen,” Schmidtke said.

The panel voted unanimously to recommend the Council exempt commercial fishers from the discard requirements in the latest attempt to address red snapper in Amendment 35 of its fishery management plan.

“In Amendment 35, this (Advisory Panel) was asked to provide suggestions to further reduce red snapper interactions while fishing for other species,” Lorenz read from a statement he wrote, which the panel unanimously agreed to send to the Council.

“The AP was asked to consider what could be punitive actions that could include bottom closures and altered seasons, or shut seasons for other species in order to avoid red snapper interactions. The AP presented opinion and suggestions in the best of faith. However, the overriding feeling and opinion of this AP is that the red snapper is recovered. This is based on the collective, on-the-water experience of the AP members.”

Panel members felt they were asked to solve a problem that doesn’t exist.

“The red snapper is highly abundant and the biomass of the species is largely assumed by this AP as being recovered and sufficient in abundance to begin a pathway to more liberal regulation of the species,” Lorenz said.