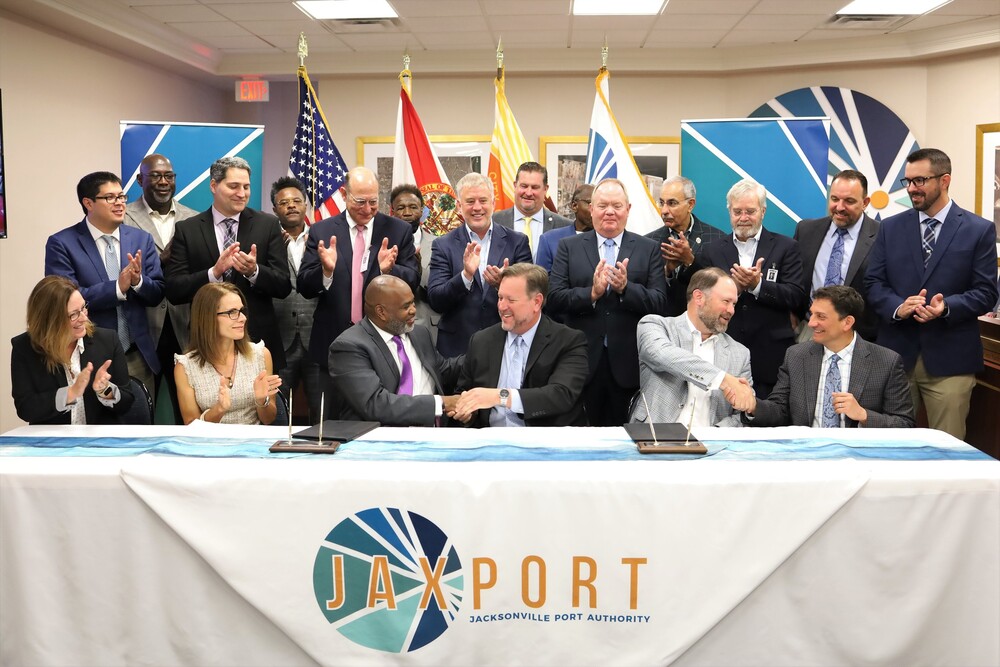 A $210 million long-term lease is now in effect for JAXPORT and one of the Port’s longest tenants, Southeast Toyota Distributors.

“Fifty-four years ago, our distributorship started here in Jacksonville, and not too far after that we occupied the Tallyrand facility here, so we’ve been at Tallyrand for 50 years. As (JAXPORT CEO) Eric (Green) mentioned, we have 800 associates here in Jacksonville. It’s exciting for us to be able to provide a new facility for them in an environment where we can have additional efficiencies, and from a technical standpoint, be able to process vehicles well into the future.”

Improvements to the Port’s Blount Island facility, a $33 million project, will see half the costs shouldered by Southeast Toyota and the other half covered through a Florida Department of Transportation (FDOT) grant.

“We are proud that a company of this stature continues to grow its footprint in Jacksonville,” Green said in a statement. “This public-private partnership, along with the investments being made in the terminal by FDOT, allow us to build on our position as one of the country’s top vehicle-handling ports and meet the growing demand for vehicles in Florida and throughout the nation.”

Blount Island offers the Toyota distributor a significant amount of additional room compared to its current environs, 50 acres at the Tallyrand Marine Terminal and a nearby 23-acre private facility.

The Blount Island site has 15 more acres, in one location instead of two. Improvements to the site are to include “two state-of-the-art processing buildings” and work areas covering more than 250,000 square feet, along with new rail connections and truck loading areas. The new rail connections are expected to ease truck traffic coming off the island.

Until those improvements are complete — expected around late 2024 — Southeast Toyota will remain at its Tallyrand location.

“Last year, five of the nation’s 15 best-selling vehicles were Toyotas, many of which move through JAXPORT, including the country’s best selling mid-sized pickup, the Toyota Tacoma,” JAXPORT Board Chairwoman Wendy Hamilton said in a statement.

“Despite global supply chain challenges impacting the automotive industry, (Southeast Toyota) has increased the efficiency of their operations to meet dealer needs, a reflection of the strength of their leadership team and workforce.”

The lease agreement is set to run for 25 years with three optional five-year extensions.