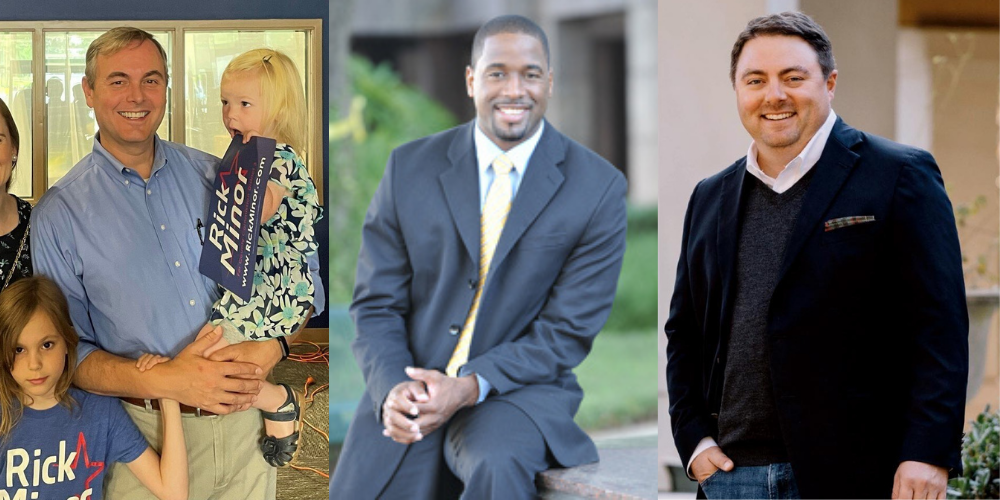 The union is endorsing more candidates in other local races Leon county races later this week.

The firefighters union is endorsing Leon County Commissioners Nick Maddox and Rick Minor, according to a post from the union’s Facebook account this week. The union is also endorsing Jay Revell, who is running to replace Kristin Dozier’s soon-to-be-vacant District 5 seat.

The TPF is the local chapter of the International Association of Fire Fighters union that represents firefighters in the Tallahassee Fire Department and Wakulla Fire Rescue Department. Their endorsement comes with a $1,000 donation to each candidate through the union’s PAC, The Big Bend Professional Firefighter and Paramedics PAC. Union members will also go door knocking for endorsed candidates beginning in July.

On its Facebook account, the union said Maddox and Minor earned ednorsements because they are engaged with issues that affect first responders and are strong advocates for their constituents.

Minor told Florida Politics that he is honored to have the firefighters’ support.

“How can a person be anything but honored to be endorsed by the people who run toward a fire instead of away from it?” Minor said. “Earning the support and trust of this group of heroes is humbling, and I thank them sincerely for their extraordinary service to our community.”

Maddox said he would honor their endorsement by continuing to be an advocate for them.

“As the greatest advocates for our city’s firefighters, I could ask for no greater show of trust that I will continue to support policy that improves the working conditions, pay, and benefits for our heroic first responders than TPF’s endorsement.”

The union lauded Revell’s experience in the local private and public sector. He previously was an aide for Tallahassee Mayor John Dailey when he was on the County Commission and was the vice president of the Greater Tallahassee Chamber of Commerce.

“Jay has spent years working for the people of Leon County in various roles and will do a great job understanding and acting on the challenges of our fire service as well as those of our citizens,” the union wrote.

Revell said he was proud to receive the endorsement.

“I’m running for office because I believe we must face our big challenges head on. Like our firefighters, I know that will require leadership, vision, and the ability to build consensus in our community,” Revell said. “I fully support the brave men and women of our fire department and look forward to working with them to improve our fire services all across Leon County.”

nextSunburn — The morning read of what’s hot in Florida politics — 5.12.22