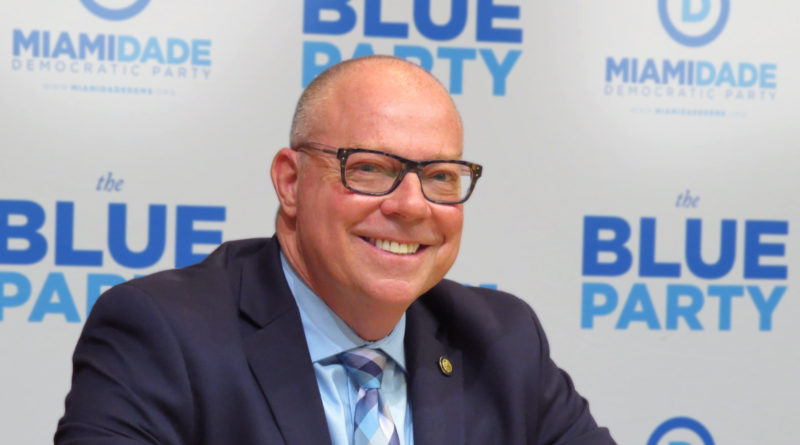 After a series of Democratic campaign changes, some actual and others rumored, Miami Beach Commissioner David Richardson is staying put on the City Commission.

Richardson announced Monday afternoon that he will not resume the campaign he launched in early March for House District 106, nor will he follow through on a since-contemplated bid for the Miami-Dade County Commission.

Instead, he said he will continue to represent Miami Beach Commission Group 6 as voters wished him to do when they elected him to a four-year term in November 2019.

“The last few weeks have given me a great opportunity to speak directly with friends, neighbors and residents on ways we can continue to do the most good for our community,” he said in a statement shared by longtime Democratic consultant Christian Ulvert.

“While I was deeply excited to run for state representative and had a strong path to victory, the work locally to strengthen our neighborhoods and reimagine our future is vitally important for me.”

Richardson made history in 2011 as one of the first openly gay candidates elected to the Legislature. He served in the House until 2018.

In March, he filed to again run for the House, citing as motivation “the new onslaught of legislative attacks on LGBTQ Floridians” — particularly a measure critics labeled the “Don’t Say Gay” law that, among other things, restricts discussions and lessons on gender and sexual orientation in classrooms.

But on May 5, Richardson put his campaign on hold upon learning Miami-Dade Commissioner Eileen Higgins had filed to run against incumbent Republican U.S. Rep. María Elvira Salazar for Florida’s 27th Congressional District.

He said he needed to talk to supporters, donors and community leaders to determine whether he would better serve the community in Higgins’ place on the County Commission.

Less than a week later, Higgins dropped her congressional bid after hearing that Sen. Annette Taddeo was planning to switch from running for Governor to instead vie for CD 27.

Taddeo’s campaign has denied she intends to drop her gubernatorial bid.

Meanwhile, Democratic former Bay Harbor Islands Mayor Jordan Leonard has continued to rack up solid fundraising numbers and endorsements in his campaign for HD 106, including a nod from outgoing Rep. Joe Geller.

For now, Richardson said the best thing to do is remain where he is and deliver for the residents of Miami Beach.

“Given that there is so much work to be accomplished and our community deserves strong leadership,” he said, “I will stay focused on my current term as Miami Beach City Commissioner.”