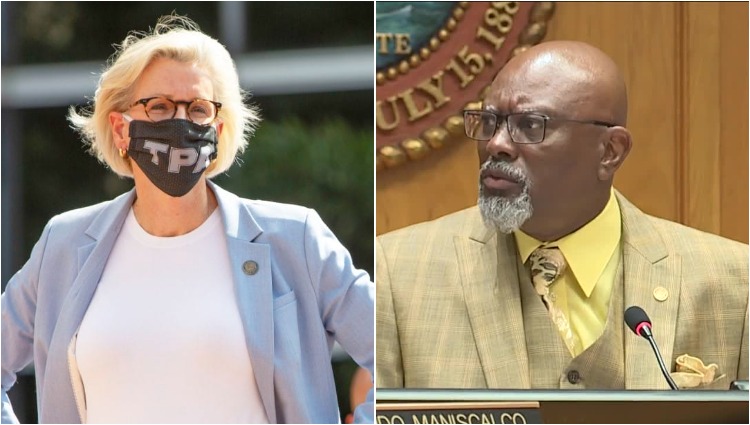 The aide, a single Black mother of two, will donate part of her settlement to The Spring of Tampa Bay and the United Negro College Fund.

The City of Tampa has entered into a settlement agreement with a former legislative aide that an independent investigation found was sexually harassed by City Council member Orlando Gudes.

Tampa taxpayers are now on the hook for $300,000 stemming from the Gudes investigation, including a $100,000 independent investigation and a $200,000 settlement. Gudes also is being sued by the aide and her daughter in a separate filing.

According to the documents obtained by Florida Politics, the city signed the agreement and an apology letter on May 10, six days before Tampa lawyer Ethan Loeb filed a lawsuit against Gudes on behalf of the aide.

“While we wait for the day when one of the most courageous people living in Tampa can tell her story to a jury and hold Mr. Gudes accountable, we are thankful to receive some justice for the victim. Today, the City of Tampa acknowledged the hostile work environment Mr. Gudes created,” Loeb said.

“To date, this man, who still sits as an elected official, has cost the taxpayers $300,000 to investigate, validate, and resolve her discrimination claims. This settlement is a step in the right direction, but the fight is far from over. We aim to hold Mr. Gudes responsible for his actions and the damage he has caused to the victim and her child, who is a minor. The City’s settlement and apology letter are proof of Mr. Gudes’ wrongdoing.”

According to the settlement agreement, the aide will receive a salary increase to the highest available for her current position within the city. It also released the city and its employees from responsibility, adding it “will not apply or serve to release Councilman Gudes from any liability or acts or omissions whatsoever, including without limitation any claims for defamation, intentional infliction of emotional distress, or any other claim, as Councilman Gudes acted outside the course and scope of his employment.”

The aide, a single Black woman raising two children, will donate part of her settlement to The Spring of Tampa Bay, an organization that supports survivors of domestic abuse, and the United Negro College Fund.

A letter of apology to the aide written by Mayor Jane Castor reads in full:

“On behalf of the City of Tampa, we sincerely apologize for the outrageous acts and misdeeds that City Councilman Orlando Gudes directed to you and your daughter while serving as a legislative aide. Through its internal investigation, the City came to learn that Councilman Gudes created a hostile workplace that does not represent the high ethical standards and positive environment that the City seeks to promote for its employees.

Nobody should have experienced the emotional turmoil and pain that you suffered. Your courage to stand up for what was morally and legally correct should be applauded by all of our employees. I certainly encourage all victims of discrimination to find the determination to speak out so that nobody encounters the kind of treatment that Councilman Gudes inflicted on you. As I previously expressed to the public, Councilman Gudes would have already been terminated had he been a City employee.

The City is grateful to have resolved this portion of the dispute with you and we wish you the continued success as a loyal and longtime public servant.”

In late March, Trenam Law released the results of an independent investigation into harassment claims by the aide. The group conducted a monthslong investigation, including interviewing 20 witnesses and found Gudes had sexually harassed his former aide in 18 of 19 reported instances.

Some of that harassment included sexualized remarks what Loeb called “pedophiliac” comments directed toward the aide’s then-13-year-old daughter and the then-minor daughter of former President Barack Obama, as well as homophobic and misogynistic comments about Castor and her partner, Ana Cruz. Things got so bad, according to the Trenam report, that a young woman interning from Duke University was advised by her parents not to be alone with Gudes.

On Monday, Loeb filed a separate lawsuit seeking more than $100,000 in damages that names Gudes as the sole defendant. The suit alleges Gudes defamed his former aide and intentionally inflicted emotional stress on the woman and her teenage daughter.

Gudes has attempted to justify his actions by saying he made the mistake of hiring a friend and “failed to recognize the change to the dynamic of the relationship as a result.”

“While I disagree with the entirety of the findings in the report regarding my former legislative aide, I do accept responsibility for comments that I made that, while not sexual harassment, were not appropriate for the workplace,” Gudes said in a response to the Trenam report.

The suit, however, refutes that claim, saying the woman did not know Gudes before being hired and never had a friendship with him. It also illustrates a yearslong struggle with a man who believed he was “immune from punishment or consequences because he ‘reported to nobody.’”

Since Gudes is an elected official, he is not subject to discipline by the Mayor or the city’s Human Resources Department. Only the Governor has the power to remove him from office and Castor has said she does not intend to ask for that. The investigation was launched following complaints from the aide who is a city employee, thereby mandating the city to investigate.

Gudes has resisted calls from fellow Council members to step down. Instead, he relinquished his leadership role as Council Chair weeks before it was to expire.