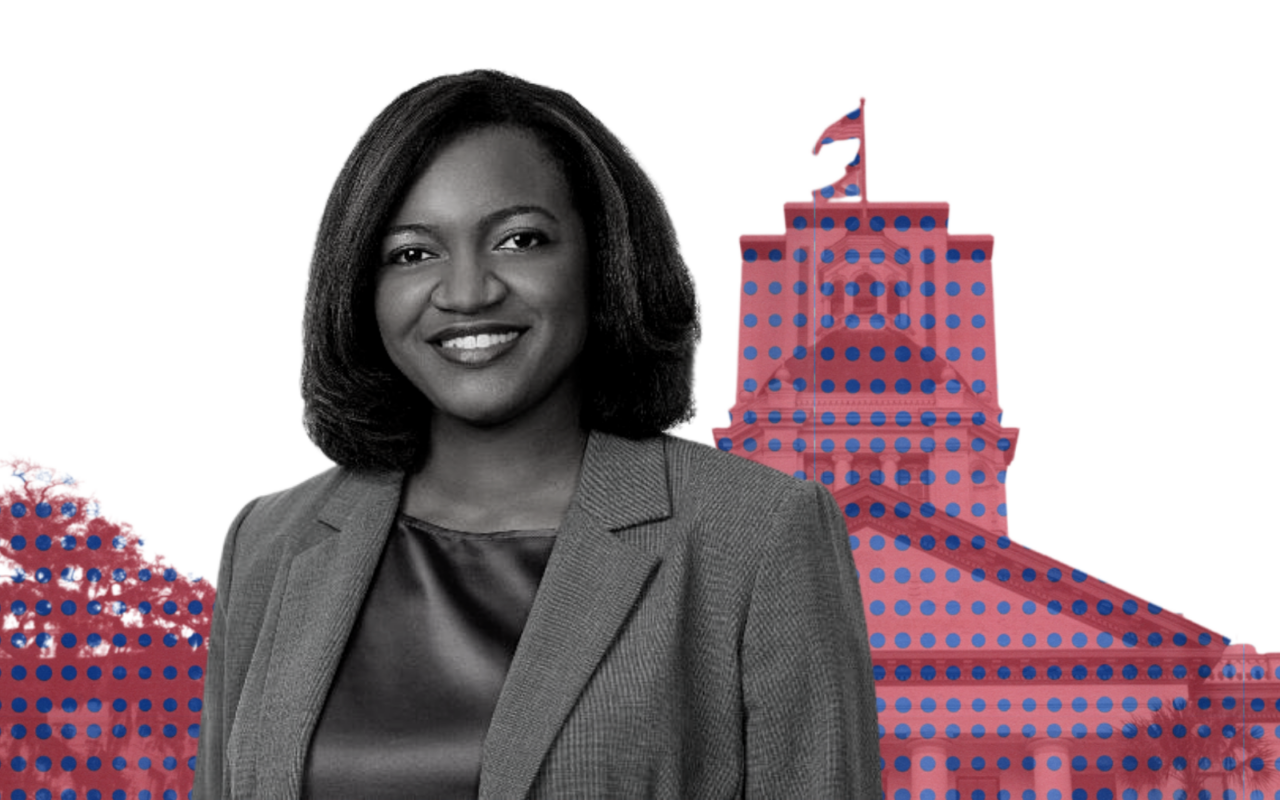 Soon, it will be Fentrice Driskell's turn to try and make Florida Democrats relevant again.

Most everyone expects her to take over because the guy everyone thought would be the next leader, Ramon Alexander, decided not to run after he got caught up in a sex scandal.

Given that and considering what her party routinely faces in Republican-dominated Tallahassee, it might be tempting to offer her sympathy instead of congratulations.

But let’s keep it positive for now.

First, though, we have to acknowledge the landscape.

The GOP currently outnumbers Democrats 77-42 (with one vacancy) in the House. It’s also true Gov. Ron DeSantis seems to regard the opposition party as lint he can brush off the shoulders of his suit coat. With their recent track record, it’s easy to understand the Governor’s indifference.

I asked outgoing Democratic Rep. Ben Diamond if Driskell could make a difference, considering the obstacles. He would know as well as anyone about that. Diamond was set to become the House Democratic Leader but gave it up to run for Congress.

He abandoned that quest when the slightly blue district he targeted now leans red. Can you say “gerrymander?”

“Nothing worth doing in life is easy, but I think she’s up to the task. I’m not just saying this because she is a visionary person,” he said.

“She is someone who is committed not to just the success of the Democratic caucus but also the people she serves in our community and our state. “I think the world of her. I’ve been friends with her for years before she even ran for office. She is a star in the party and a star in our community in Tampa Bay. She is in public service for the right reasons and is a natural-born leader.”

Driskell is a Tampa lawyer and will need all of her powers of persuasion to get Democrats to give voters a clear reason to choose them. Too often, the party seems to dissolve into progressive-versus-centrist squabbling while Republicans stay consistent: less regulation, fewer taxes, more freedom.

That’s compounded now by the boogeymen DeSantis creates so he can look heroic by slaying them. The hard-line culture battles DeSantis waged could turn off independents who strongly supported him. I mean, you go to war with Disney? Really?

“I think eventually Floridians will realize that this Governor hasn’t offered a bit of thoughtful, constructive leadership that Florida families have,” Diamond said.

“How do I get my family in a better and more secure financial position? Can my kid get into a real strong public school? How can we prosper together as a state? He has offered an agenda that divides us, but it’s not one that will solve real problems.”

So far, Democrats haven’t been able to cut through the noise. They’re hoping that will change by November with Driskell as one of the party’s top faces.

“I think she can do that,” Diamond said. “There is a need to address the real challenges Florida families are facing in a constructive way. And I think people will find that she is a great listener, she’s thoughtful, and she has excellent judgment.”

She’ll need all of that if Florida Democrats are to turn Tallahassee into a two-party town again. Congratulations? Or sympathy?