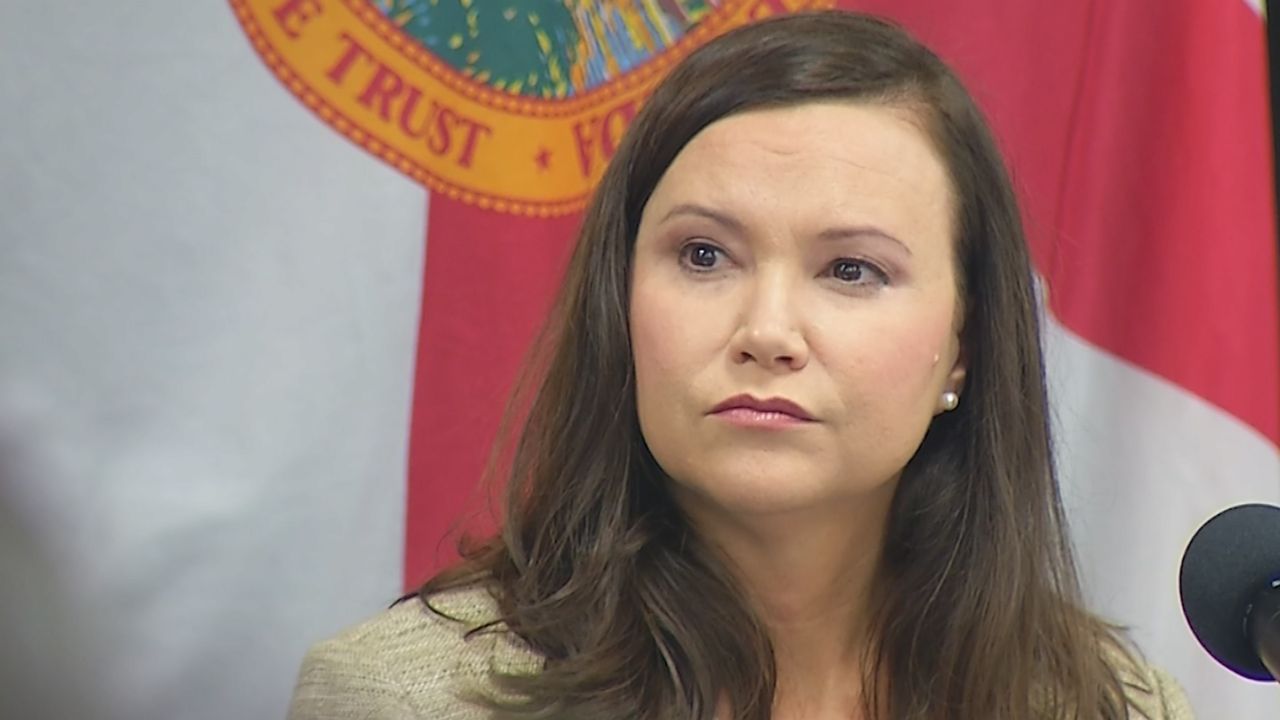 Her office filed a brief with the Florida Supreme Court on Friday.

The brief, filed jointly with the Secretary of State’s office, adopts the argument that the state should leave behind districts drawn with race as a motivator.

“The race-based sorting of voters is an ‘odious’ enterprise,” the brief contends. “For that reason, Florida enacted a map that disengages from the ‘sordid business’ of ‘divvying us up by race.’ This Court should not force Florida to reengage, especially when doing so threatens to upend the status quo this close to upcoming elections.”

DeSantis’ Deputy Chief of Staff Alex Kelly crafted a map (P 0109) ultimately passed in Special Session and signed by DeSantis in March. That map controversially dismantles a North Florida district represented now by U.S. Rep. Al Lawson, a Black Democrat. Black Voters Matter and other plaintiffs filed a lawsuit, backed by former Attorney General Eric Holder, that contended DeSantis’ map diminishes the power of Black communities to elect a candidate of their choice. That would violate the Fair Districts amendment to the Florida Constitution.

Plaintiffs convinced Leon Circuit Judge Layne Smith of that earlier this month. In a hearing dealing exclusively with North Florida, Smith ordered the DeSantis map to be replaced with one submitted by Harvard professor Stephen Ansolabehere. But the Florida’s 1st District Court of Appeal shot down that order on procedural grounds, saying Smith could not make a determination about the constitutionality of the map based on a three-hour preliminary hearing and could only make such a judgment after a full trial. The appellate court said any consideration of arguments on the Fair Districts amendment would be inappropriate at this time.

Still, the state’s brief, filed hours after the latest opining from the appellate court, deals with the argument head on. The Attorney General’s Office adopts the DeSantis argument that the prior construction of Lawson’s district, introduced by the Florida Supreme Court after a 2015 decision, effectively violates the U.S. Constitution’s equal protection clause.

DeSantis vetoed cartography approved by the Legislature during the regular Legislative Session on the groups it inappropriately drew a minority access seat in North Florida, but that there was no compelling state interest in doing so.

“Petitioners have not come close to demonstrating on the merits that the Legislature was required to enact a racially gerrymandered district in North Florida,” the state’s brief argues.

It goes on to argue any assertion the federal Voting Rights Act would require preservation of the seat would nullified by a 2013 U.S. Supreme Court decision.

Of note, Moody’s office took no issue with legislative maps approved by the Legislature that also protected minority seats throughout the state. The cartography governing state House and Senate elections goes through a different process and does not go through DeSantis for approval or veto. Rather, those maps go directly to the Florida Supreme Court for review. The high court signed off on those maps in early March.

Of note, the crafting of the House map was overseen by then-House Legislative Redistricting Subcommittee Chair Cord Byrd. But Byrd objected to the Legislature’s initial redistricting plan for similar reasons cited by the Governor in his veto, and he since has been tapped as DeSantis’ new Secretary of State. Byrd served as the primary defendant in the redistricting lawsuit.

The latest brief doesn’t make mention of the state legislative maps, but regardless said prioritization of racial diminishment in a district where that wasn’t justified will not meet strict scrutiny requirements laid out in federal precedent.

“Consider the purported right they seek to vindicate: the right, on account of race, to call the electoral shots in their district for all time, such that any future district in North Florida must be drawn so that they alone enjoy the constitutional right to elect their preferred candidate,” the brief states. “On balance, that view disserves the greater public interest, offends basic democratic precepts, and is unworthy of a temporary injunction.”