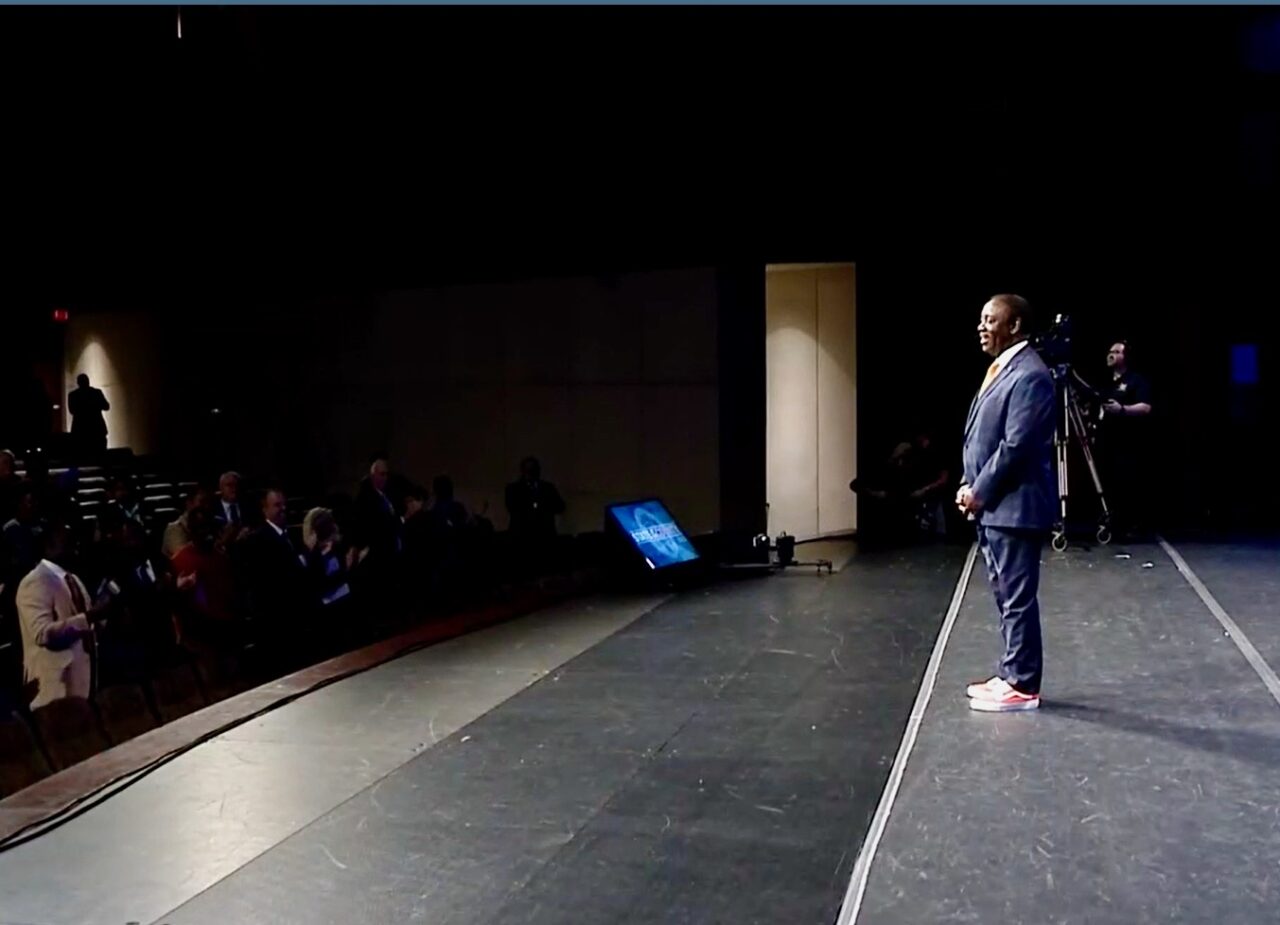 The speech touted housing grants, the 'Vision 2050' plan and a transportation tax, but was light on new proposals.

Proclaiming “we are investing boldly and going where we’ve never gone before,” Orange County Mayor Jerry Demings borrowed from the Star Trek franchise to tout his administration Friday.

Accessorizing his suit with an orange tie and orange sneakers, the Orange County Mayor did not roll out any significant new initiatives or proposals.

Among his highlights: implementation of a $15 per hour minimum wage for all county employees; big new attractions opening in the theme parks; new factory and office investments by Astronics Corp., Northrop Grumman and Sherwin Williams; emergency rental assistance grants to 4,000 residents; investment of $33 million in federal grants for new affordable and workforce housing; his transportation and transit sales tax package heading to the November ballot; and development of his “Vision 2050” long-term plan for the county’s community character.

He wrapped his speech by circling back to the Star Trek paraphrase, declaring each of those investments as “bold.”

In many of those areas, challenges remain daunting, particularly with one of the nation’s most entrenched affordable housing crises combined with one of the lowest per-capita incomes. In some cases, the resources used so far have often been from one-time federal grants.

Meanwhile, the county’s population continues to grow, up 25% in the past decade to 1.4 million in the 2020 census, and expected to top 1.5 million by the end of the year.

“We can’t get comfortable, though. We still have a lot of work to do,” Demings said.

This is an election year and Demings is seeking a second term. His opponents, Chris Messina, Anthony Sabb and Kelly Jean Semrad, though, have nowhere near the high profile of those he easily defeated in 2018.

Likely more challenging for Demings on the 2022 Orange County ballot is his proposal for a penny increase in the county sales tax to raise up to $600 million a year to put toward transit and transportation expansions and improvements.

“The cost of housing and transportation is crippling the ability of many of our working families to get back on their feet,” Demings said.

“The time is now. The transportation sales tax referendum will be on the November ballot. This is a generational opportunity to transform Orange County’s transportation system,” Demings declared.

That proposal has been Demings’ biggest pet project since he took office in late 2018. It also harkens to efforts county and Orlando officials have sought for decades since the last transportation proposal was shot down by voters in 2003.

“If not now, then when? If not us, then who?” Demings challenged.