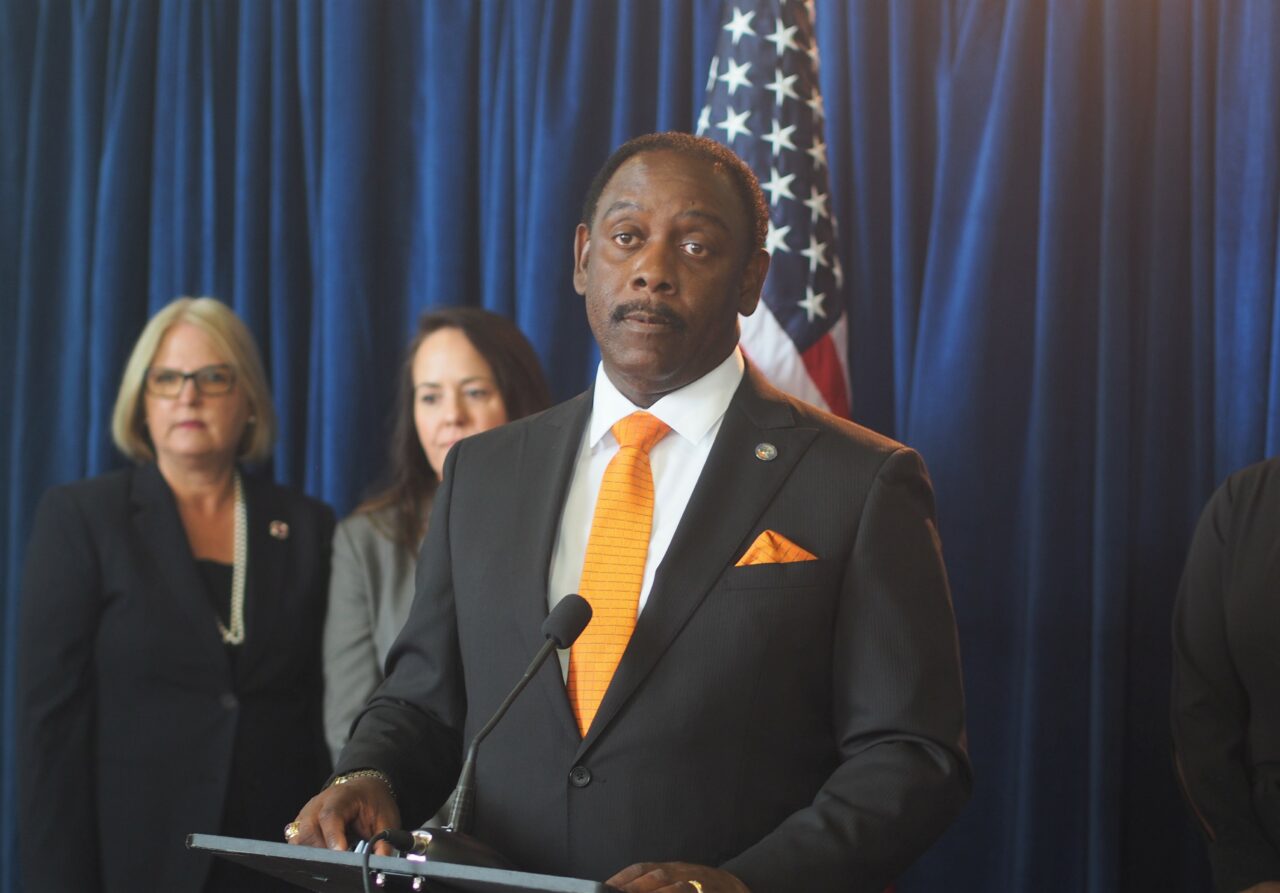 With late concessions for changes in an oversight board and a passionate plea to move forward, Orange County Mayor Jerry Demings managed Tuesday to pull together the votes he needed to ask voters to approve a sales tax increase for transportation.

By a 4-3 vote Tuesday night, the Orange County Board of County Commissioners voted to place a charter amendment on the ballot in the Nov. 8 General Election to increase the county’s sales tax by a penny for 20 years, raising a projected $600 million a year for transportation.

The vote came after a near meltdown of support for the Democratic Mayor’s plan from the Democrat-dominated Commission, with opposition coming from the Left.

Commissioners Emily Bonilla, Victoria Siplin, Myra Uribe and Nicole Wilson decried that their requests had not been heard, while the plan had united establishment figures throughout Central Florida endorsing a tax increase.

“I don’t know what we’re doing here. We’re getting caught up in some minutiae,” Demings said. “I’m trying to move us forward. Let’s not make this more complex than it needs to be.”

In what looked like a losing position, Demings won Uribe over by agreeing to changes in the structure, power and public nature of a citizens oversight board helping direct how the money would be spent. He then attempted to whittle away Wilson’s opposition with wording changes that loosened up the prospect that more money might go toward transit, but nearly lost Commissioner Christine Moore in the exchange.

In the end, Demings and Commissioners Maribel Gomez Cordero, Moore and Uribe voted “yes.” Bonilla, Siplin and Wilson were “no” votes.

The proposal commits 45% of the revenue to transit improvements, including SunRail commuter trains and Lynx buses. Some Commissioners, particularly Wilson, criticized the plan for being too road-centric in a community that some Commissioners feel needs to transition more to public transit, as well as to bikes and pedestrians.

There was concern, notably from Siplin, that 2022 might not be a good year to ask voters for a tax increase, considering inflation and the tightening cost of living in a county that’s trying to absorb tens of thousands of new residents every year.

And then there was a matter of trust, particularly voiced by Bonilla and Wilson. They contended Demings had lost trust of many residents by supporting a road extension through Split Oak Park after 86% of voters had approved a ban of intrusions into Split Oak in a 2020 charter amendment.

Demings responded with an address that was both conciliatory and almost exasperated in defending what is in the proposal and how much he believes it is needed. It still took County Attorney Jeff Newton and other staff working out proposed changes and a series of motions during the marathon Commission meeting.

Demings is seeking re-election to a second term. Except for the 18 months or so he spent focused on responding to the COVID-19 pandemic, when he shelved the transportation plan, he has invested much of his first term on developing a long-term transportation plan, with a sales tax to pay for it.

He also pointed to the urgency of developing such a plan now, at a time when the federal government is preparing to provide $1.3 trillion in infrastructure money, calling it “once-in-a-generation resources that can change communities.”

“There may be no good time to increase taxes but there are better times, and that time is now,” Demings said.

Representatives of municipalities, chambers of commerce, and hospitality organizations expressed almost unanimous support for the plan during public comment on Tuesday and at a previous hearing. They said they would accept a tax increase if it meant a new road to Central Florida’s transportation future.

They all spoke of the need for major, long-term investments in transit and transportation, given Orange County’s current needs and the dire projections for another half-million residents over the next 20 years.

“The growth we are experiencing would become our undoing,” said Tim Giuliani, president of the Orlando Economic Partnership.

Some of the public opposition Tuesday questioned whether the plan for roads, buses and trains is out of sync with 21st-century technologies and the changes they’ll make in society and transportation.

previousSunburn — The morning read of what’s hot in Florida politics — 4.27.22