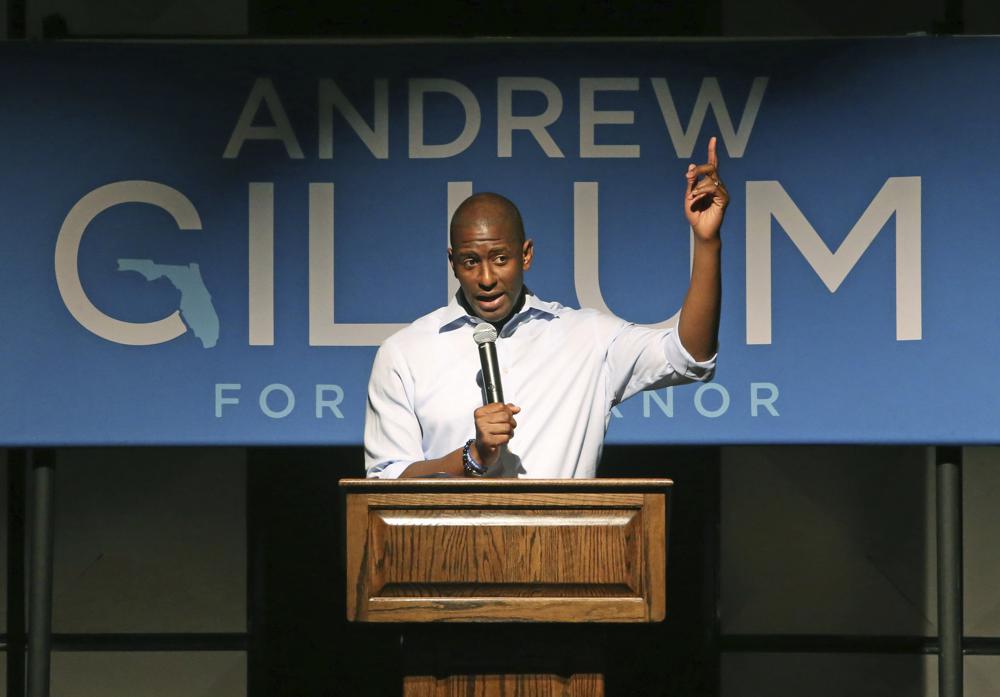 Andrew Gillum awoke on Election Day in 2018 expecting to be Florida’s Governor-elect by the time he went to sleep.

He led in the polls and seemed to have momentum. Floridians seemed eager to move on from the chaos of President Donald Trump by rejecting his hand-picked gubernatorial candidate, Ron DeSantis.

Well, we know what happened. DeSantis surprised the pollsters, winning by about 32,000 votes after a recount of about 8 million ballots. Trump emerged more popular in Florida than ever.

And Gillum? It keeps getting worse.

The U.S. Department of Justice indicted him Wednesday on federal election-related charges that could put him in prison for 20 years or more.

The 21-count indictment alleges, among other things, that Gillum and longtime campaign associate Sharon Lettman-Hicks, between 2016 and 2019, conspired to commit wire fraud by soliciting money on “false and fraudulent promises.”

That would have been during the time Gillum ran for Governor.

He knew he was under investigation then ran anyway. He upset Gwen Graham in the Democratic Primary, who likely would have had a better chance to beat DeSantis.

“Every campaign I’ve run has been done with integrity. Make no mistake that this case is not legal, it is political,” he said in a statement.

“Throughout my career, I have always stood up for the people of Florida and have spoken truth to power. There’s been a target on my back ever since I was the mayor of Tallahassee. They found nothing then, and I have full confidence that my legal team will prove my innocence now.”

This is a federal indictment, not from the state.

But everyone gets their day in court and Gillum surely will get his.

In the meantime, though, he continues a stunning fall from grace. The former Tallahassee Mayor was a rising star in the Democratic Party, even after he lost the Governor’s race. It didn’t take long for that to unravel.

In March 2020, a little more than a year after DeSantis took office, Miami Beach police found Gillum incoherent in a hotel room with bags of suspected crystal meth. Three men, one passed out, were with him. Gillum said he was at a wedding reception and had too much to drink, but denied doing drugs.

He was not arrested.

Later, Gillum tried to launch a drive to increase Democratic voter registration, but with limited success. For the first time since records were kept, registered Republicans outnumber Democrats in Florida.

Let’s not even go into the political end of things. At this point, it would be ridiculous to entertain the notion of any political comeback for Gillum. He has more pressing matters, such as staying out of prison.

Still, it’s hard not to wonder what might have been if Gillum won. Republicans will say the state dodged a cannonball when DeSantis topped Gillum and considering everything, they might be right.

Imagine if this indictment came down as Gov. Gillum was running for re-election.

Better yet, don’t. We’ve had enough things to worry about without adding something that didn’t happen to the list.