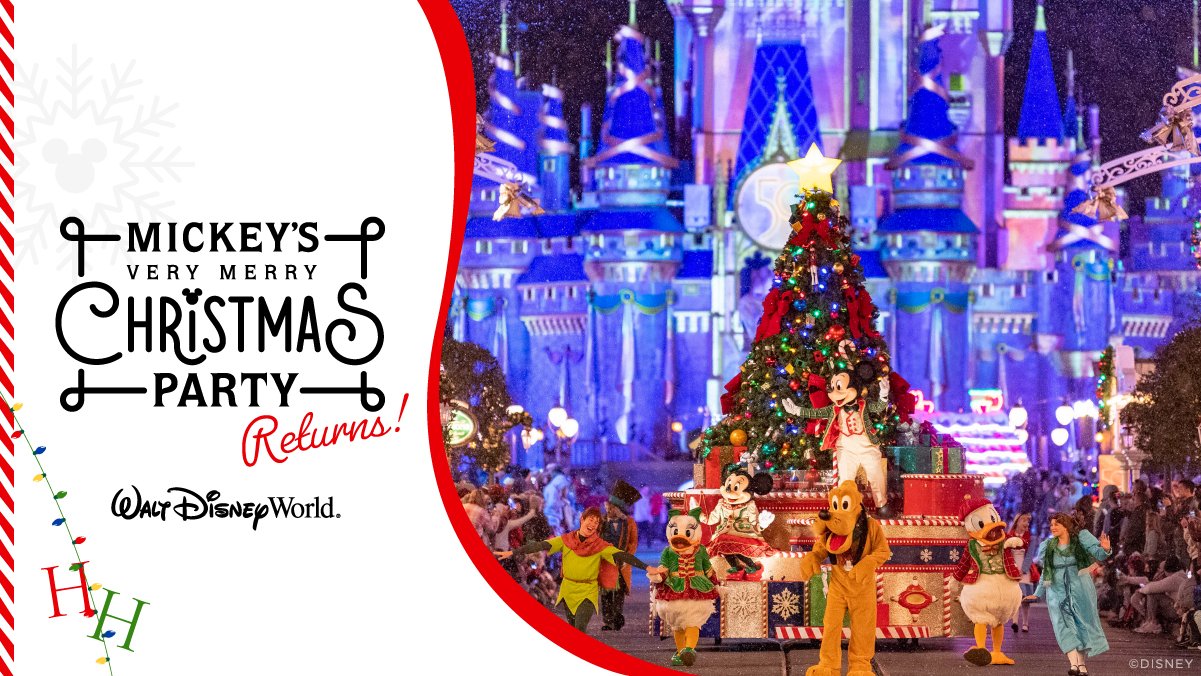 Christmas feels far away in Orlando on a nearly 100-degree day in June. But at Disney World, the theme parks are already preparing for holiday festivities.

Disney World announced Thursday that Mickey’s Very Merry Christmas Party is back this year for 24 select nights between Nov. 8 and Dec. 22.

Tickets go on sale for some Walt Disney World Resort hotel guests as early as June 30 and on July 7 for everybody else. Ticket prices will range from $149 to $199 per person. Tickets are limited, Disney said.

“Magic Kingdom attractions will get a special dose of Yuletide cheer,” Disney said on its blog. “Holiday magic will once again transform the Jungle Cruise into the Jingle Cruise. And, as an exclusive treat for event attendees, Space Mountain, Tomorrowland Speedway, Monsters Inc. Laugh Floor and Mad Tea Party will all receive a special holiday makeover.”

The fireworks are back with seasonal music and dazzling Cinderella Castle projections for “Minnie’s Wonderful Christmastime Fireworks.”

And on the castle stage, Mickey Mouse and his friends will perform “Mickey’s Most Merriest Celebration” featuring “nostalgic and modern medleys of holiday music paired with dance performances,” Disney said.

The party also features Santa Claus, Mickey Mouse and other characters in the “Mickey’s Once Upon a Christmastime Parade.”

Partygoers can munch on free cookies and hot cocoa throughout the theme park.

Even though Mickey’s Very Merry Christmas Party is only in the Magic Kingdom, Disney will decorate its other three parks for the holidays. What’s exciting some fans is that Epcot’s latest roller coaster, Guardians of the Galaxy: Cosmic Rewind, will play holiday music during the ride instead of the current playlist of classic hits.

“Believe it or not, it takes 12 months to prepare for the holiday season at Walt Disney World Resort,” Disney said on the blog. “As the year cycles through springtime showers, summer barbecues, and autumn harvests, cast members are also busy planning for the most wonderful time of the year at the ‘Most Magical Place on Earth.’”