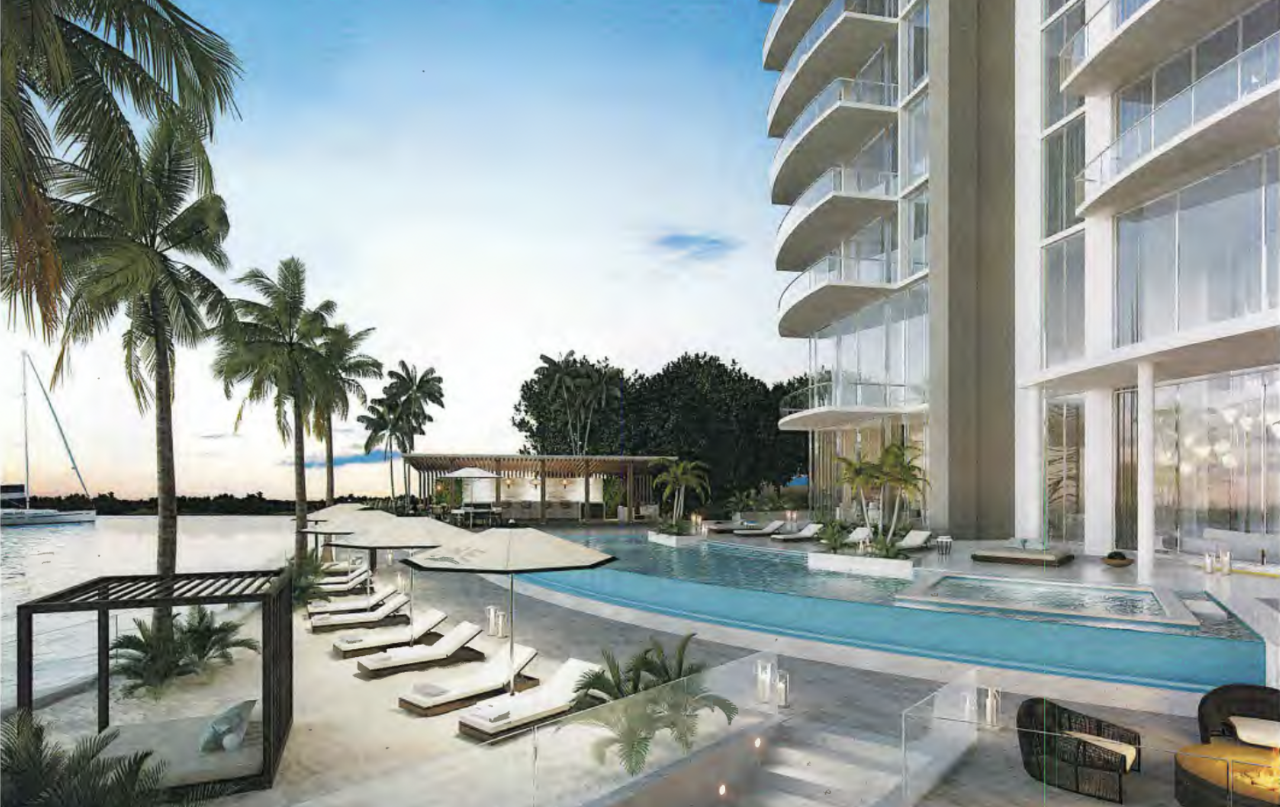 The initial deal for ONE was forged in 2016. Now, construction doesn't need to be finished until 2026.

An apartment project in Fort Myers’ redevelopment area downtown was supposed to start construction no later than this month. But the Community Redevelopment Agency just gave developer Cedar River at Fort Myers another two years to begin building.

It’s the sixth in a series of extensions granted for the ONE project, which is supported by tax increment financing from the city based on a contract first entered into with the Fort Myers Community Redevelopment Agency in November 2016. Attorneys for the project say “unforeseen challenges” have continued to delay a start to building. But lawyer Jenna Persons, also a Republican state Representative, said a nearly two-year extension granted for the project doesn’t mean developers will take that long to begin.

“They are actively moving forward and want to start site work immediately,” she said.

The contract, as amended by CRA Commissioners last month, requires construction to begin before May 2024 and be complete by May 2026. That’s almost 10 years after developers entered into an agreement with the city in November of 2016. Ultimately, the plan is for a 21-story apartment complex with 34 units to open up on a 0.71-acre site on First Street.

In a letter submitted by Persons to the CRA, she detailed a series of events that impacted major redevelopment projects in Downtown Fort Myers. Cedar River, which also plans to develop the adjacent and oft-delayed Allure project, bought the land for ONE in 2016 and entered an agreement with the city to pull permits by the end of June 2017 and complete construction before the end of 2019.

But a delay in permits prompted an extension, followed by another extension granted after Hurricane Irma. Along the way, a planned unit development agreement passed allowing a greater density and for the project to grow in scope from 24 to 34 units, but that change prompted another extension.

In 2018, with presales already underway on the development, red tide and blue-green algal blooms tanked interest in real estate along the Caloosahatchee River, prompting another extension in the deal. Persons’ letter notes condo and apartment development had completely frozen well into 2019, and CRA Commissioners in December 2019 granted another extension weeks ahead of the original deal’s deadline to have the building complete.

The COVID-19 pandemic then struck the state in March 2020 — the first Floridian to die following a coronavirus infection passed away at Gulf Coast Medical Center in Lee County — and virtually all commercial activity stopped. Another extension was passed in July that year.

But critics note the story of Florida real estate in the pandemic didn’t stop with an April lockdown. With construction deemed essential work and Florida beginning its reopening efforts earlier than many states, real estate boomed in late 2020. But Persons said that brought its own challenges of construction workforce shortages and rising supply costs. Additionally, changes in city building codes prompted more adjustments to the plans.

All these changes mean the estimated cost of the project ballooned from $20 million to $29 million.

ONE isn’t alone in projects that have yet to rise from the ground. Allure and the nearby Prima Luce, both condominium projects, have also been on the books for years with little movement.

Fort Myers City Councilperson Darla Bonk questioned the need for continued extensions on the deal. “This has been going on since 2016,” she said before ultimately casting a lone dissenting vote against extending the deal.

Lawyer Bruce Strayhorn, Persons’ business partner, noted to CRA Commissioners at a May hearing that First Street is a one-way street right now — something being changed by the city, but no construction has happened in that part of the CRA. Meanwhile, developers have moved forward in good faith, he said.

“They have already spent over $3 million on what is still the one-way First Street,” Strayhorn said.

Strayhorn also noted the project has continued forward, however slowly, even as the city faces problems with water. The last extension came after the Department of Environmental Protection severely limited the city’s ability to permit new water hookups. Since the CRA decision, Fort Myers has told developers it cannot guarantee water will be available with any dry lines permitted to be built in the city.

“We are now having an issue with a dry line permit,” Strayhorn said. “We understand the situation. We can deal with that. But it will be an issue with financing.”

Persons said the two-year extension was requested in part to accommodate for any other anticipated delays, basically to ensure this will be the last extension granted. But she said the project still should move ahead in short order. Developers also decided to pursue an apartment complex because financing could be lined up faster than takes place with condominium projects like Allure, where a certain number of presales need to take place before lenders will move ahead.

The project is one supported with public financing, but Persons stressed the financial benefits of that for the developer will take years to materialize. Tax increment financing under Florida law allows a CRA to employ the increase in property taxes from the difference between the taxes generated before and after the designation of property in a redevelopment area and invest it to address blight.