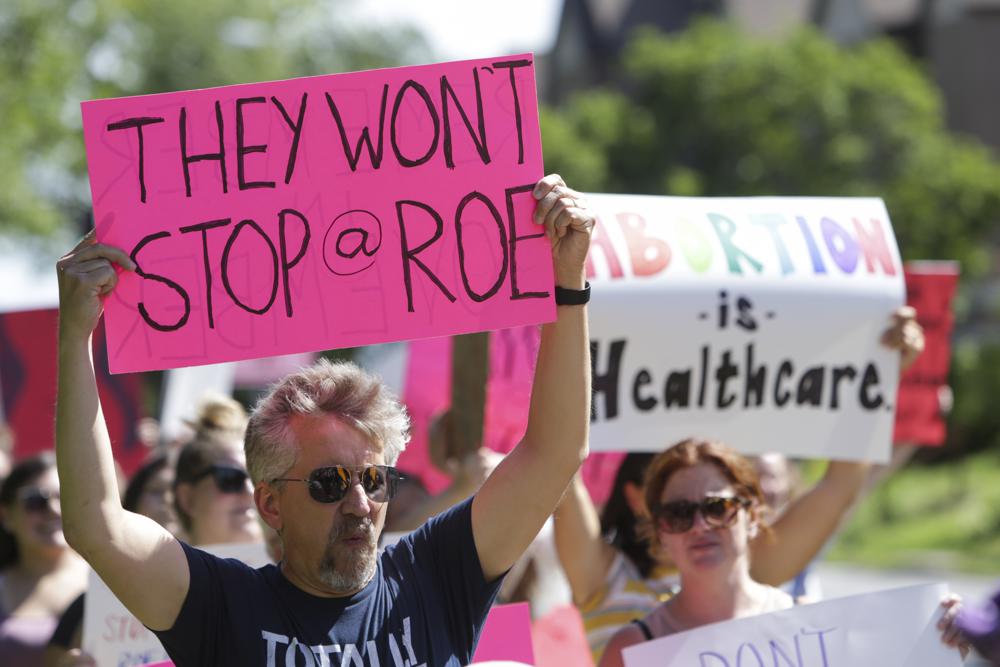 Judge John Cooper rejected the state's argument that the law was constitutional because women could still get abortions before 15 weeks.

A state circuit judge has issued his formal order stalling Florida’s 15-week abortion ban days after determining the law unconstitutional. However, that injunction was quickly scrapped after the state filed a notice to appeal.

In a 68-page order released Tuesday, Judge John Cooper followed through on his verbal ruling Thursday, a preliminary win for abortion rights advocates. Abortion providers and advocates seek to defeat the Republican-backed law (HB 5) by proving that it violates the right to privacy written in the Florida Constitution.

Gov. Ron DeSantis signed Florida’s 15-week abortion ban in April, calling it a protection of life for those that can’t protect themselves. Speaking in Sanford after Cooper’s initial ruling on Thursday, DeSantis told a crowd the ruling wasn’t unexpected.

“It was not, of course, something that we were happy to see,” DeSantis said. “These are unborn babies that have heartbeat, they can feel pain, they can suck their thumb. To say that the state constitution mandates things like dismemberment abortions, I just don’t think that’s the proper interpretation.”

Since the state has filed a notice to appeal the decision, Monday’s injunction has already been lifted, meaning HB 5 remains in effect.

The law kicked in Friday, exactly one week after the U.S. Supreme Court upheld Mississippi’s 15-week abortion ban, which became the inspiration for Florida’s legislation. In upholding Mississippi’s law, the Court negated half a century of federal abortion precedent by overturning Roe v. Wade and Planned Parenthood v. Casey, eliminating the federal right to an abortion.

Cooper acknowledged the U.S. Supreme Court’s decision to overturn Roe in the Dobbs v. Jackson Women’s Health Organization case. However, he noted the Florida Supreme Court previously said the overturning of Roe v. Wade would have no bearing on the right to abortion in Florida because of the right to privacy included in the state constitution.

Democratic lawmakers and activists pushed back against the 15-week abortion ban throughout the 2022 Legislative Session. Opponents hosted rallies, packed committee rooms and flooded the phone lines of lawmakers, and that opposition was reignited last week with the U.S. Supreme Court’s ruling in the Dobbs case.

Agriculture Commissioner Nikki Fried, a Democratic candidate for Governor, was among the first to react to Cooper’s verbal ruling on Thursday.

“The 15-week abortion ban was just ruled unconstitutional in Florida. Because it is,” Fried tweeted. “We won’t go back. We will keep fighting.”

“Today is an important victory for freedom across the Sunshine State and Florida’s constitutional right to privacy,” he said. “The reproductive freedoms of Florida’s women stood strong in the face of Gov. DeSantis’s ongoing attempts to strip away their right to make decisions over their bodies.”

Among other criticisms, opponents lamented a provision requiring two physicians to certify a life-threatening emergency in order to obtain an abortion after 15 weeks. They contend the provision will disproportionately harm low-income and minority women, who may lack adequate access to health care.

The legislation, sponsored by Sen. Kelli Stargel and Rep. Erin Grall, is among the strictest abortion prohibitions in the nation. The bill contains no exceptions for rape or incest, but does provide an exception if it is necessary to save a pregnant person’s life.

There are suggestions that DeSantis and Florida’s Republican-led Legislature could hold a Special Session to further reduce the window for abortions. Cooper’s ruling complicates that path.