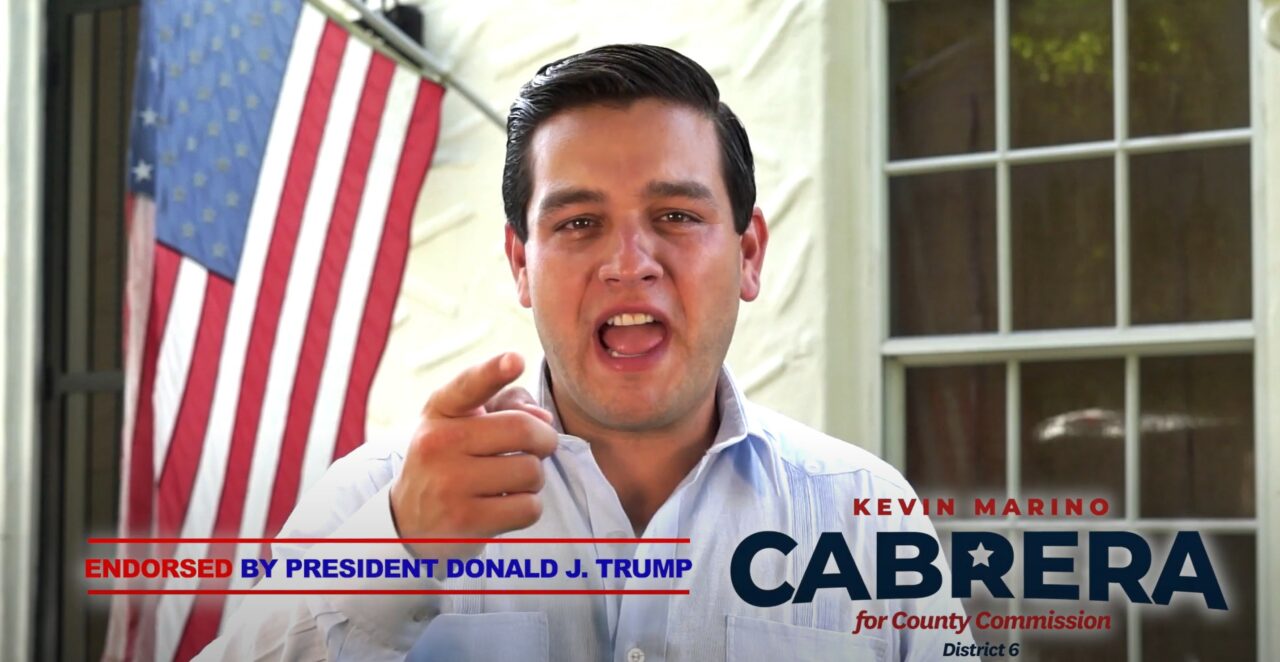 'Gas prices are soaring, and the cost of living is out of control. Yet politicians continue to do what they do best: nothing.'

The 30-second ad, airing in both English and Spanish, features Cabrera speaking directly to the camera interspersed with various b-roll shots, including a picture with Trump and several clips of Cabrera and his wife, state Rep. Demi Busatta Cabrera.

The video can now be seen on “cable systems” throughout Miami-Dade’s sixth Commission district, where Cabrera is running, according to a spokesperson from the campaign.

“I’m Kevin Marino Cabrera, your candidate for Miami-Dade County Commission and the only candidate endorsed by President Donald J. Trump,” Cabrera says in the ad.

“I’m running for the County Commission because the politicians have failed us and the system is broken. Gas prices are soaring, and the cost of living is out of control. Yet politicians continue to do what they do best: nothing.”

He adds, “If, like me, you’re sick of do-nothing politicians, on Aug. 23, vote for the only candidate with a Miami-Dade first agenda.”

A former GOP operative and current senior vice president for global public strategy firm Mercury, Cabrera has been racking up Republican endorsements since filing for the Miami-Dade Commission race on April 26.

Cabrera is one of four people running in the technically nonpartisan contest to succeed longtime District 6 Miami-Dade Commissioner Rebeca Sosa, who must leave office this year due to term limits voters approved in 2012.

In keeping with his “Miami-Dade first” messaging, Cabrera named his political committee Dade First PC. As of mid-June, he leads the District 6 field in fundraising with $468,000.

Miami-Dade law requires a County Commission candidate to receive more than half the votes cast during the Aug. 23 Primary. If no candidate captures that share of the vote, the two candidates who receive the highest number of votes will compete in a runoff Nov. 8.