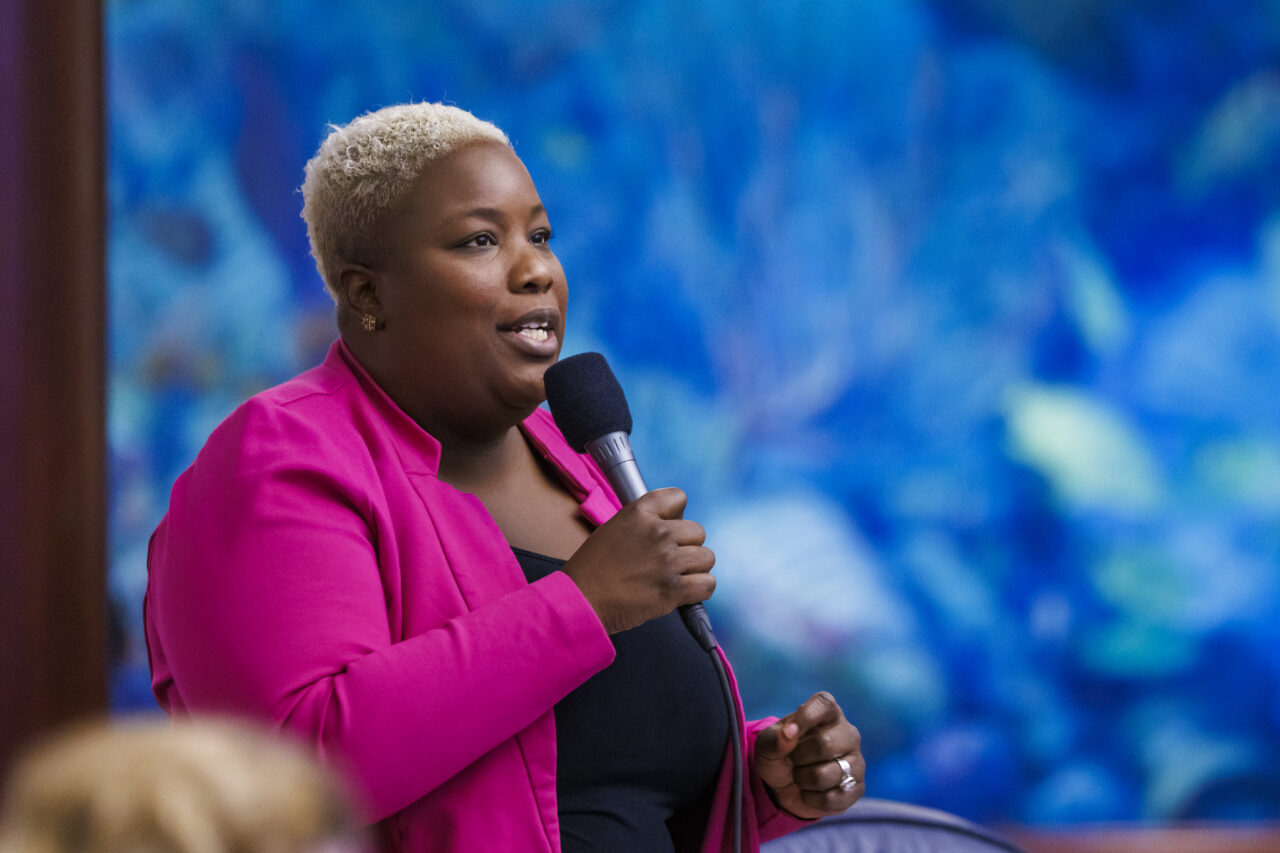 Rayner is running against former Rep. Wengay Newton in the Primary.

State Rep. Michele Rayner has announced endorsements from a slate of Democratic colleagues from both the House and Senate, including Senate Democratic Leader Lauren Book.

“I am proud to endorse Representative Michele Rayner’s re-election to the Florida House because she is a champion and invaluable voice for women’s rights, Florida families dealing with the housing crisis, and the LGBTQ+ community which has faced constant attacks from the power-grabbing Florida GOP,” Book said in a statement.

“I am thrilled to continue working alongside Rep. Rayner in Tallahassee and to collaborate on solutions for our constituencies and all Floridians.”

“I have had the pleasure of working in partnership with Representative Michele Rayner to make sure Pinellas County residents have increased access to food and to advocate for justice reform, strong local governments, and the safety of our community ,” said Sen. Rouson in a statement.

“Floridians need their champions right now and Rep. Rayner has consistently worked for the people. I’m proud to endorse her for re-election to the Florida House and to continue bringing home solutions for Florida families.”

“I’m grateful to see supporters of our campaign and my colleagues rally around our message as we head into this primary in August,” Rayner said in a statement.

“With our democracy on the line, Floridians facing economic challenges, and the onslaught of attacks on our fundamental rights, it is imperative that we stand in unity and stand up for the people. That is what I have always done and will continue to do in the legislature.”

Rayner recently suspended her congressional bid due to a controversial redistricting plan which turned Florida’s 13th Congressional District from purple to a light shade of red. The new district extends further north into traditionally red parts of Pinellas County and eliminates parts of St. Petersburg, the currently drawn district’s largest city and a Democratic stronghold.