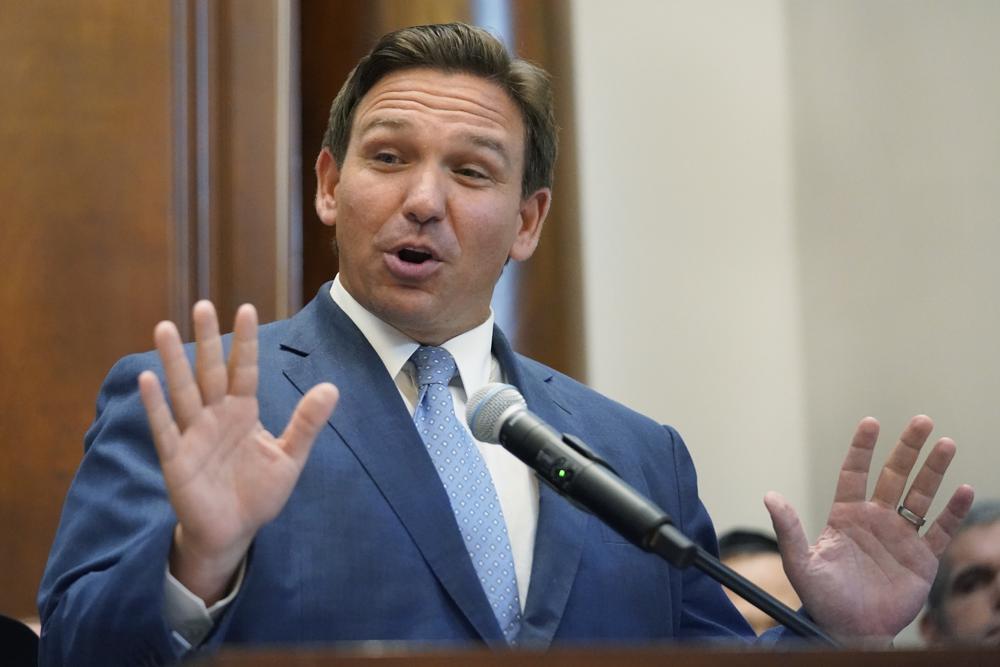 Is Ron DeSantis a 'favorite son' or is he supplanting the former President?

Yet another poll of the still developing 2024 race for the Republican presidential nomination shows Ron DeSantis in a strong position.

A new survey from Naples-based Victory Insights shows DeSantis ahead of Donald Trump 61% to 39% when respondents leaning to one candidate or another are forced to choose.

Even without the leaners, DeSantis is still above 50% in this hypothetical two-man contest, with 51% support against just 33% for the former President among those who are already committed to a choice.

The pollster wrote in a memo accompanying these results that “our new poll conclusively determines that DeSantis is favored to beat Trump in Florida’s Republican Primary for U.S. President in 2024.”

DeSantis performs better than the former President in a number of different categories, according to these results. The poll shows DeSantis is “8% more popular than Trump, 8% more likable, has 21% higher enthusiasm behind him, and a 24% higher number of strong supporters across the state.”

This is the second poll in recent days to show DeSantis over Trump in a head-to-head matchup. A survey released last week by Blueprint Polling shows DeSantis the choice of 51% when voters who lean one way or another are considered, with a 12-point lead over Trump at 39%. With voters who are firm in their positions, meanwhile, the DeSantis advantage is 14 points, with the Governor taking 47% support and Trump just 33%.

A June poll by the University of New Hampshire of the first-in-the-nation Primary state had DeSantis over Trump, but most polls have shown some version of a Trump lead that seems to be eroding nonetheless.

A recent Iowa poll showed DeSantis gaining support at Trump’s expense, but still well behind the former President. Club for Growth polling on the state level has shown Trump well ahead.

In a sign of the times, national polls that show Trump leading by a wide margin, such as Tuesday’s NY Times/Siena poll, seem to concern the former President. Hours after that poll was released, which showed Trump with 49% — good for first place but not a majority — the former President bemoaned “fake polls” from the paper.

DeSantis continues to say he’s not thinking about a national run.

“Everyone wants to talk about me in Florida,” DeSantis crowed this month at a press conference. “Like, I’m just sitting here, little ol’ me, doing my job!”

DeSantis mocked what he called media “obsession” about a potential campaign in a recent press conference, and continues to deflect when asked about 2024 “nonsense.” He also sidestepped this topic for a national audience as recently as a Fox News interview last month.