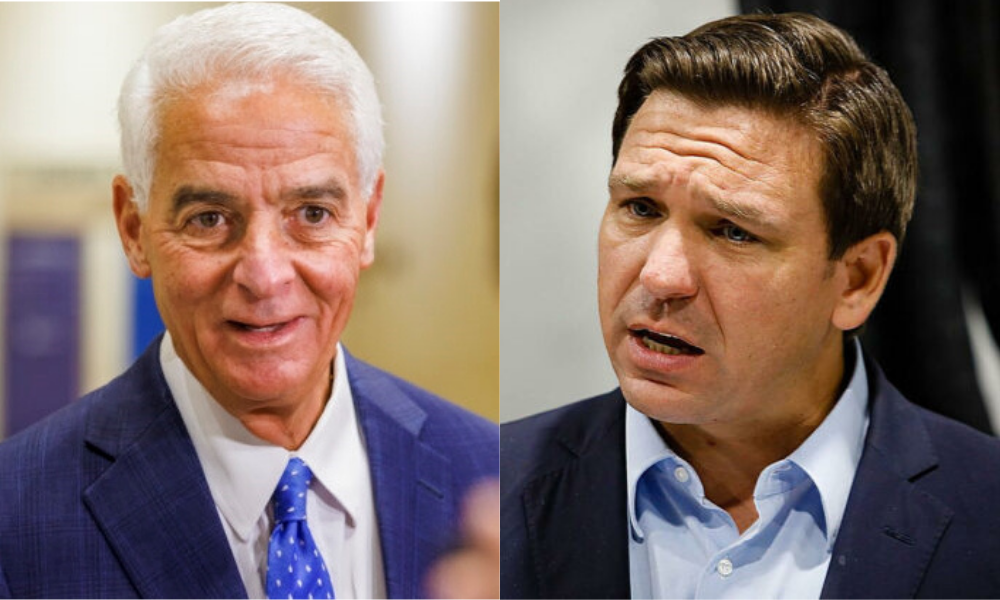 The Republican Governor has endorsed 26 “pro-parent” School Board candidates, endorsements that were viewed as an “unprecedented” entrance of partisan politics into nonpartisan races. Crist, a Democratic Congressman who hopes to retake the Governor’s Mansion more than a decade after he left the office, endorsed his own slate of seven school board candidates on Wednesday, creating a parental rights showdown.

“Governor DeSantis is politicizing our classrooms, taking away parental rights, and limiting Florida students’ freedom to learn,” Crist said in a news release. “Florida deserves dedicated public servants on our school boards that won’t inject politics into the classroom, but rather work everyday to fight for the best interests of our students and educators. I’m proud to endorse this incredible slate of candidates to serve on school boards across the Sunshine State.”

What’s new is that the endorsements are coming from the top of the ticket, and the rate at which they’re coming.

Crist’s campaign called those his first round of endorsements, hinting there are more to come. The candidates are dedicated to keeping politics out of the classroom, protecting students’ freedom to learn and “truly” defending parental rights, according to the campaign.

It’s a direct response to DeSantis, who has cracked down on school mask mandates and signed legislation limiting classroom discussions on sexual orientation and gender identity. He proclaims those as parental rights matters.

He has also signed what he calls the “Stop WOKE Act,” which prevents schools from teaching topics that might distress students because of their race, sex and more. The law doesn’t target “critical race theory” by name, but supporters say the legislation bans the topic, which posits that racial disparities have a continual influence on institutional structures.

“Local elections matter. We are going to get the Florida political apparatus involved so we can make sure there’s not a single school board member who supports critical race theory,” DeSantis said last month.

Speaking at a Moms for Liberty summit in Tampa last week, First Lady Casey DeSantis defended the Governor’s endorsements, which drew criticism for bringing partisan politics into races in which the candidates run unaffiliated.

“Somebody was talking about it being political,” DeSantis said. “It’s not about political, it’s about principle.”

Crist’s endorsements followed the release of his “Freedom to Learn” platform on Tuesday. The plan includes declaring a “teacher shortage emergency,” raising the starting teacher salary beyond DeSantis’ stated goal of $47,500 and ending the “unwarranted politicization of our classrooms.”

Crist, who was elected Governor in 2006 as a Republican before leaving the party, is the front-runner for the Democratic gubernatorial nomination. Polls have consistently shown him outpacing Agriculture Commissioner Nikki Fried for the nomination.

The Primary will take place Aug. 23.

nextSunburn — The morning read of what’s hot in Florida politics — 7.20.22