Late summer drop adds up to $1.10 per gallon decline in Florida gas prices 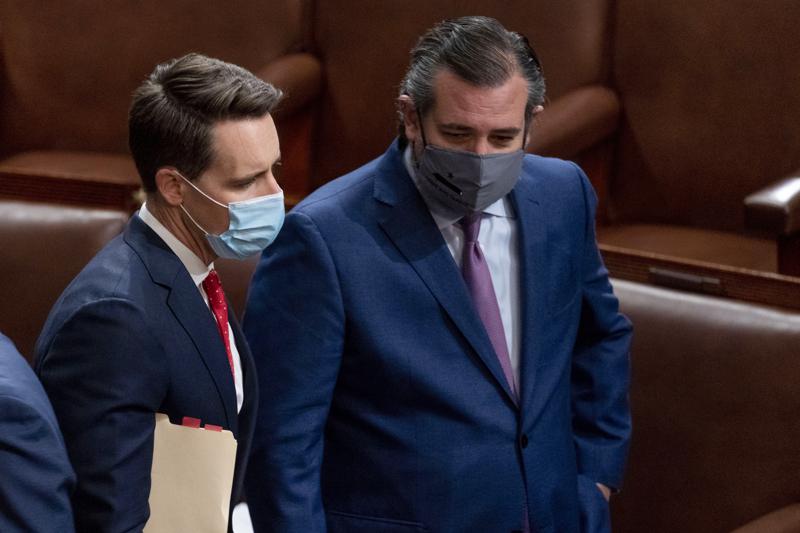 Sen. Tommy Tuberville said he would talk to the committee if they asked for his testimony.

The week before the Jan. 6, 2021, attack on the U.S. Capitol, Missouri’s Josh Hawley became the first Republican senator to announce he would object to the certification of the 2020 election.

Texas’ Ted Cruz came next, dashing off his own plan on a flight from Houston to Washington days before the joint session of Congress to certify the election results.

In all, a dozen GOP senators initially planned to challenge Joe Biden’s victory. But unlike their House GOP counterparts who have been subpoenaed for testimony before the Jan. 6 committee, the Republican senators have largely escaped the reach of the investigation.

While the committee did share highlights about the senators, including Hawley’s raised-fist salute to the rioters that day — an image seared in history, and now on coffee mugs the senator sells — it has made the surprising, if pragmatic, decision not to call the senators for testimony. One dramatic video showed Hawley sprinting from the Senate chamber later that day as rioters swarmed.

Amid wider public scrutiny of Jan. 6, the senators have been left to explain their actions on their own terms, and have often done so defiantly.

“I do not regret it,” Hawley said to applause at Turning Point USA’s Student Action Summit in Tampa, after he strode to the stage Friday to a standing ovation.

As the summer hearings of the Jan. 6 committee come to a close, Chairman Bennie Thompson has indicated that the panel is looking elsewhere. As work continues, the investigation is moving closer to the top ranks of the White House and the defeated president’s inner circle.

“We continue to receive new information every day,” Thompson, a Mississippi Democrat, said last week, announcing the next round of hearings in September. “We are pursuing many additional witnesses for testimony.”

The House committee is investigating not only the grisly attack on the Capitol, but Trump’s extraordinary effort to overturn the presidential election by submitting “fake” slates of electors from the battleground states to vote for him, not Biden, when Congress convened Jan. 6 to tally the 2020 presidential election results.

The senators could provide information about the run-up to Jan. 6, including any conversations they may have had with Trump and his lawyers who were putting together the plan for the fake electors, said Norm Eisen, a senior fellow at Brookings and former top adviser to Democrats on the House Judiciary Committee.

In one dramatic screenshot of a text exchange, the committee told the story of how a top aide for GOP Sen. Ron Johnson of Wisconsin attempted to hand off a slate of false, pro-Trump electors to then-Vice President Mike Pence as he was presiding in his ceremonial role of certifying the election. Johnson has said he was not involved in that effort.

But having interviewed more than 1,000 witnesses and having issued rare subpoenas to fellow House lawmakers, Eisen said the panel is trying to preserve its political capital by declining to compel senators to testify in what would be seen as an unusual House challenge to the upper chamber.

The Jan. 6 committee’s decision to issue subpoenas to House Minority Leader Kevin McCarthy of California and Reps. Jim Jordan of Ohio, Scott Perry of Pennsylvania, Andy Biggs of Arizona and Mo Brooks of Alabama was a show of force by the nine-member panel. And it came after much deliberation among the lawmakers, who for weeks considered whether taking the unprecedented step of subpoenaing members of their own chamber would be worth further inflaming partisan tensions over the 2021 attack.

“They only have so much committee time,” said Eisen.

Cruz declined to say Tuesday if he would have appeared had the Jan. 6 panel asked for his testimony. Hawley’s office has similarly said he wouldn’t want to address a hypothetical situation.

But in recent conversations, the Republicans have stood by their efforts to challenge Biden’s victory.

“This country would have been much better off” if Congress had taken up his plan, Cruz recently told The Associated Press.

Cruz had proposed forming a commission to audit voter fraud in the disputed states, even though Trump’s own Justice Department said there was no voter fraud on a scale that could have tipped the 2020 election. Dozens of court cases claiming fraud had been rejected or gone unheard.

Cruz said he did not recall conversations with Trump ally John Eastman, the conservative lawyer who was the architect of the alternative electors plan. Last month, federal authorities seized Eastman’s phone and issued subpoenas to electors in states nationwide allegedly involved in the scheme.

“I wrestled for a long time with what was the best approach to take with regard to the certification on Jan. 6,” Cruz said. He said he alone drafted the statement he put out with 11 senators, which he said he dashed off on the flight back to Washington.

Hawley has brushed off questions about the committee’s work, and declined last month to comment about Eastman’s plans for the alternative electors.

One police officer testified to the committee that Hawley’s raised fist on Jan. 6 “riled up the crowd” that day, said Virginia Democratic Rep. Elaine Luria. During last week’s hearing, she played the video showing how Hawley “fled after those protesters he helped to rile up stormed the Capitol.”

Johnson has downplayed his aide’s attempt to pass a fake slate of electors to Pence. The handoff never took place, but the moment showed how close the plan came to fruition. If it had been successful, the electoral votes for Michigan and Wisconsin could have gone to Trump, not Biden, the rightful winner in those states.

After police cleared the Capitol of rioters that night, seven Republican senators led by Cruz and Hawley stuck with the plan to challenge the election results. Several of the other GOP senators who had initially signed on backed out.

At least one Republican who voted to challenge the election results after the rioting, Sen. Tommy Tuberville of Alabama, said Tuesday he would talk to the committee if they asked for his testimony.

“I’d go,” said Tuberville, who took a phone call from Trump as senators were being swept to safety. Tuberville was also among senators who had received a voicemail from Trump lawyer Rudy Giuliani that night, the committee has said.

Tuberville said he hasn’t been watching the hearings. “There’s nothing, anything, that I’ve seen that would change my mind on anything that I’ve voted on,” he said.