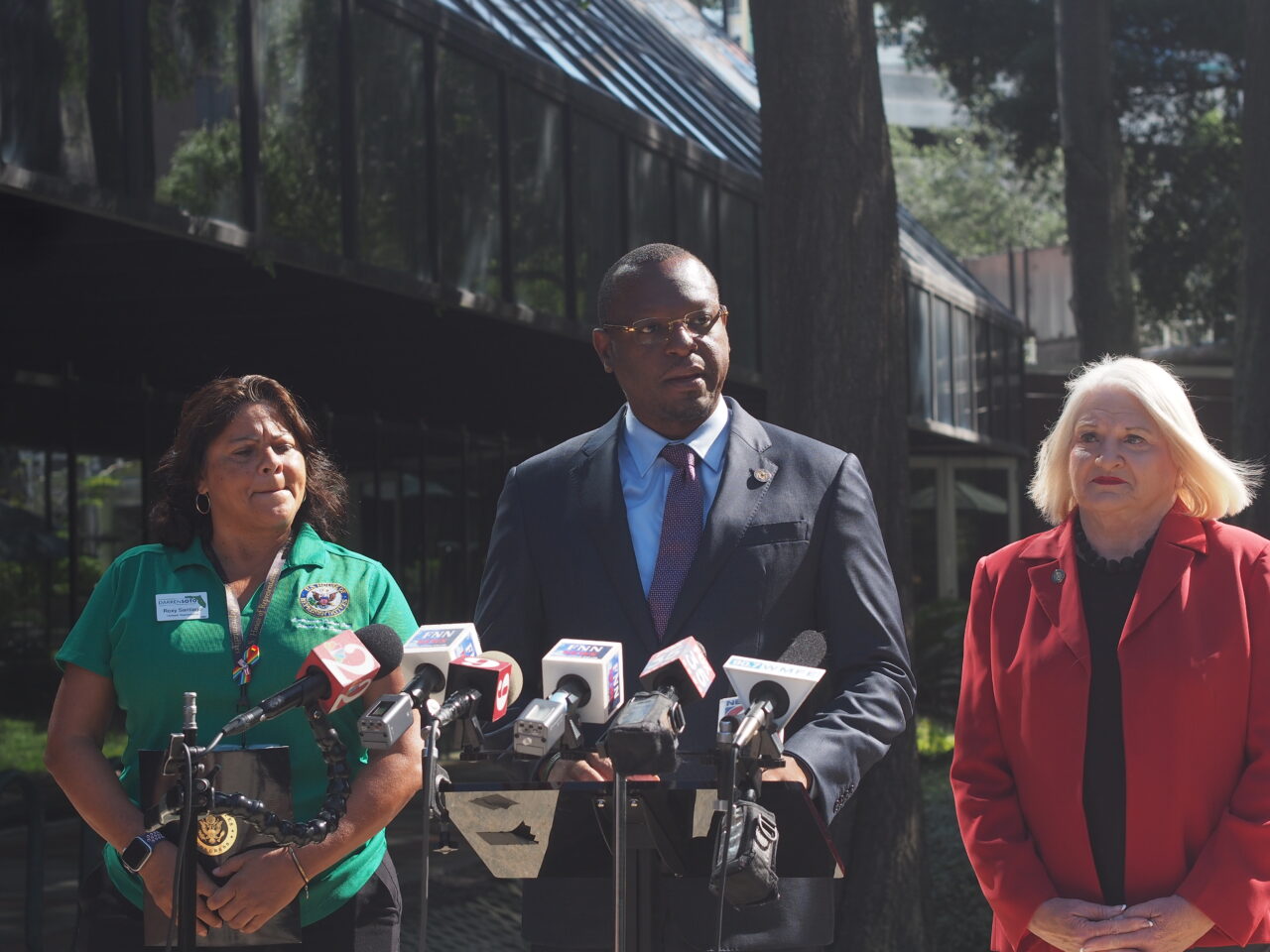 Bracy wants the Orange County Commission to enact a tax or fee on out-of-state purchases of local housing.

With too many Floridians squeezed out of housing by soaring rents and short supply of affordable housing stock, state Sen. Randolph Bracy is proposing a tax on out-of-state housing investors.

Bracy, an Ocoee Democrat who is finishing his tenure in the state Senate and running for Congress, isn’t pitching his idea for either of those branches. Rather, he laid it on the doorstep of the Orange County Commission, a body struggling to respond to one of the state’s worst affordable housing crises.

Bracy, joined by Democratic state Sen. Linda Stewart of Orlando and an outreach representative of U.S. Rep. Darren Soto of Kissimmee, Roxy Santiago, introduced his tax proposal as part of a three-part plan to address the housing crisis, acute in some urban areas like Orlando and growing statewide.

Bracy said he developed his “Bracy Three Point Rent Plan” after meeting with developers, landlords and tenants and said all groups expressed support for the ideas.

The three points are: local incentives for development of alternative types of community housing, emphasizing affordable housing, including development of smaller units, and repurposing commercial buildings for housing; tax breaks and grants for developers willing to earmark portions of their projects for affordable housing; and creating a tax or fee for out-of-state home buyers, and using that revenue to fund the first two ideas.

The tax on out-of-state investors comes from a widely cited belief that much of Central Florida’s housing stock is being purchased by investors — not local businesses, landlords or homeowners — and the trend is greatly accelerating the shortage of affordable housing.

Bracy said he intends to present his plan to the Orange County Commission at its next meeting.

At that meeting, the Commission is planning to consider a ballot measure putting a one-year cap on rents while the county sorts through longer-term ideas to address housing. Bracy said he had not seen details of the proposal from Commissioner Emily Bonilla and did not take a position on it.

Several Commission aides stood outside watching Bracy’s news conference in curiosity, grumbling that the two state Senators and the Congressman’s Office should be thinking of ways state and federal governments could do more, not pushing local governments.

The first two points of Bracy’s plan are on the table as the Orange County Commission has been discussing housing issues for years. The tax idea is new.

Bracy said it could be applied similarly to fees out-of-state or new Florida residents pay on car registrations.

“We’ve been funding development for tourists and businesses from out of town for years. We have the tourist development tax, obviously the sales tax. Why not share some of that burden to help continue to build in Central Florida? So, I think this is the part of the plan that is most important, and which developers stressed the most,” Bracy said.

It would apply to housing purchased by corporations or individuals with out-of-state addresses. It also would apply to snowbirds buying housing in Florida. He said he believes county governments could have the authority to enact it. Bracy said developers who participated in his roundtable discussion last week support the idea.

“These approaches to the rent crisis are the solutions we need to provide relief for the tenants that are currently struggling to keep a roof over their heads,” Bracy said. “We love America, but right now Floridians are first. We must do our part to assure Floridians’ living arrangements are protected.”

Both Stewart and Santiago expressed support for the plan.

“We’ve got to do something,” Stewart said.

Later, Stewart suggested that if state action is needed to create authority for such a tax, interest from Orange County should help promote that.

“Local government can get involved and have their input,” Stewart said. “So I think this is an important step. This is not a final step. When you see the input that comes out of the County Commission, you may see his three-point plan is adjusted somewhat, or maybe not. But it’s the conversation that’s the most important.”

Bracy is running for the open seat in Florida’s 10th Congressional District, spanning northern Orange County. He is in a crowded Democratic field for a district that should have a strong Democratic lean. Other Democratic candidates include former U.S. Reps. Corrine Brown and Alan Grayson, activist Maxwell Alejandro Frost, Jeff Boone, Natalie Jackson and Khalid Muneer.

Stewart is seeking re-election in a district that now is Senate District 17, across much of northern, eastern and central Orange County. It is similar to her current district and should have a strong Democratic lean. She faces Republican Steve Dixon of Orlando in the November General Election.