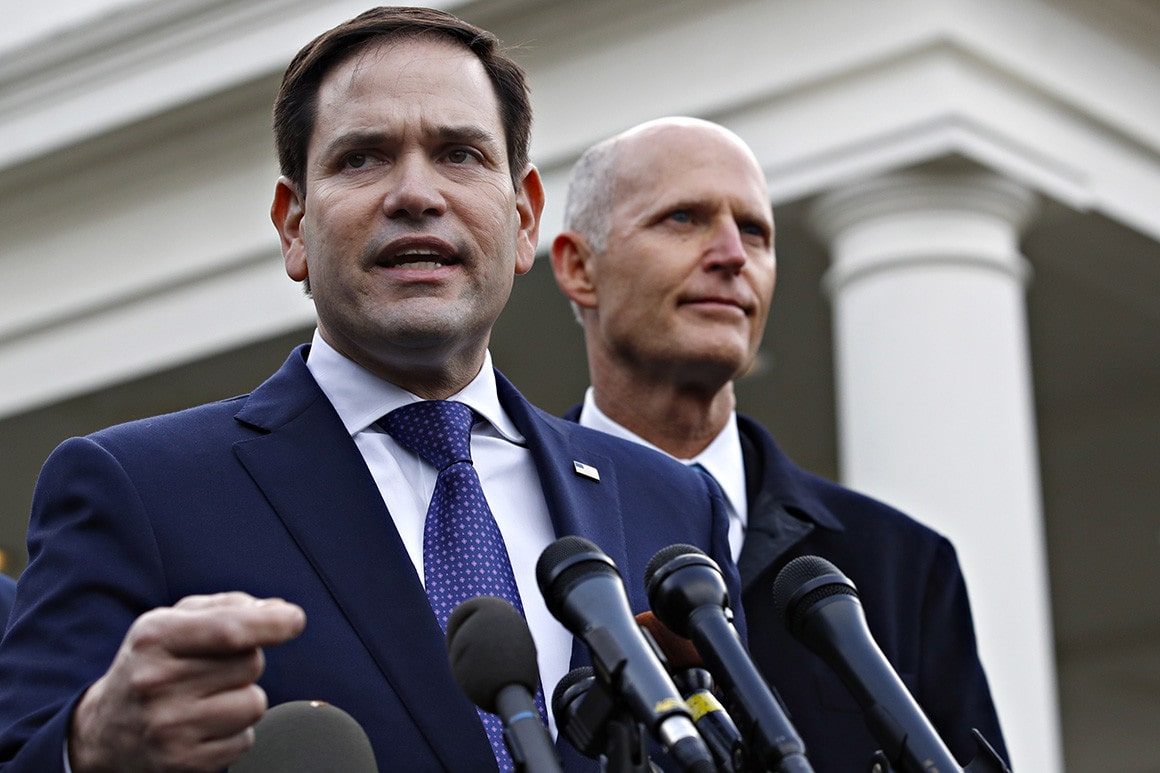 Sure, both Senators are upset now over the FBI's raid at Mar-a-Lago, but they sang a different tune when Hillary Clinton was the target.

Republicans throughout Florida and the nation are aghast over the FBI’s raid at Mar-a-Lago.

Mind you, the raid wouldn’t have been necessary if Donald Trump had obeyed the law. For security reasons, he couldn’t take classified documents to his palatial estate after he left office, but the National Archives and Records Administration believes he did so anyway.

So, the FBI came to take them back. What part of that is confusing?

Ah, but in these convoluted times, everything is confusing.

“What we look at [in] Latin America. We have got to say to ourselves, ‘This cannot be our country.'”

Cut back on the caffeine, Senator. Your statement is not only dangerous but also downright stupid.

According to the United States Holocaust Museum, “Gestapo policemen used torture and violence in interrogations. They coordinated the deportation of Jews to their deaths.”

And then there was U.S. Sen. Marco Rubio’s reaction via the Sean Hannity squawk show on Fox.

“I’m in a very unique position in South Florida, surrounded by people from other countries where this is familiar to them. It’s shocking to Americans, but in Latin America and many of these countries around the world, here’s what happens,” he said.

Let’s step back a second and view this through a longer lens.

In 2016, Rubio had something to say about Hillary Clinton’s infamous private email server.

“The FBI concluded what many Americans have known for quite some time, which is that Hillary Clinton’s conduct as Secretary of State and her mishandling of classified information was disgraceful and unbecoming of someone who aspires to the presidency,” he said.

“There is simply no excuse for Hillary Clinton’s decision to set up a home-cooked email system which left sensitive and classified national security information vulnerable to theft and exploitation by America’s enemies. Her actions were grossly negligent, damaged national security, and put lives at risk.”

So, that was “grossly negligent,” and the FBI wore the white hat then. But now, it’s shocking — shocking, I say — to suggest Trump did anything wrong. Spare us your outrage — it’s more than a little phony.

Side note: There is renewed demand for Clinton’s “But Her Emails” merchandise line.

I guess the good Senator forgot all the “lock her up” chants members of his party shouted about Clinton. And House Minority Leader Kevin McCarthy vowed to investigate Hunter Biden if he becomes Speaker. He doesn’t give two hoots about Hunter, but he believes it’s justified if the mud would splatter on his father, President Joe Biden.

As President, Trump threatened to withhold military aid to Ukraine unless President Volodymyr Zelenskyy dug up some dirt on Hunter Biden. Trump tried to weaponize the U.S. Department of Justice and undermined civic trust with his lies about a stolen election. He also incited a riot at the U.S. Capitol.

And he wrongly took a trove of documents with him as he left the White House.

Sens. Rubio and Scott might want to focus on that.

nextLawsuit filed in HD 45 race, another threatened, in mailers ruckus