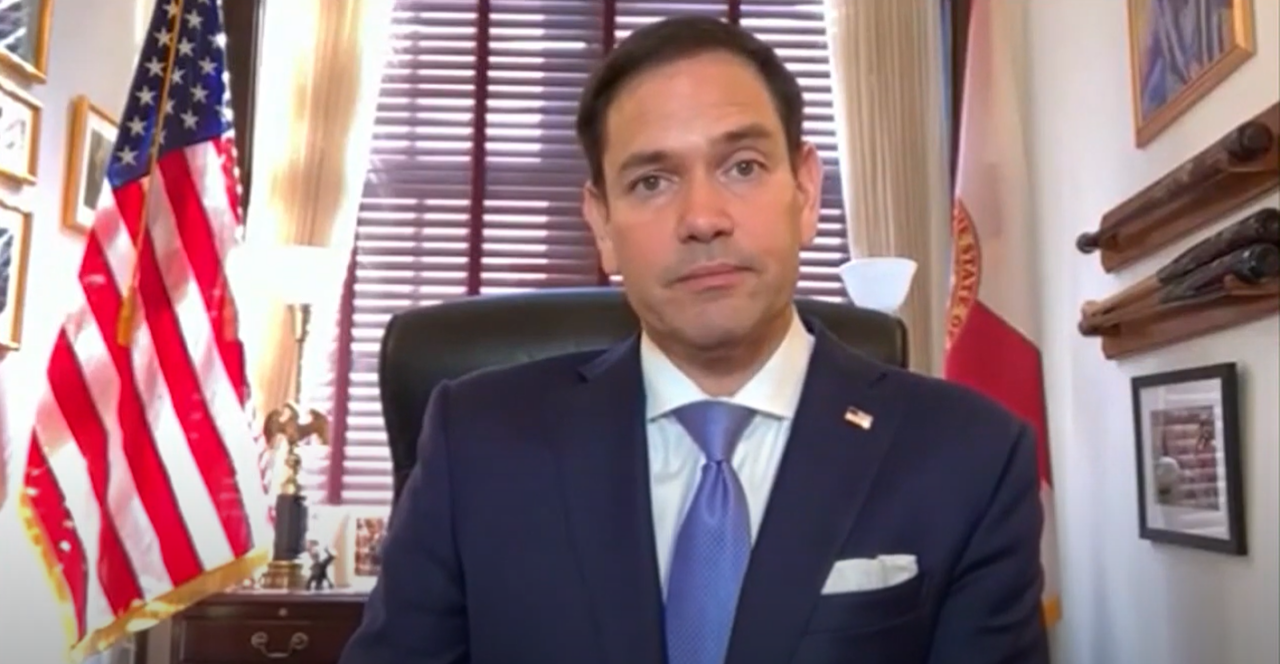 The Senator claims actions by the FBI and Putin will 'foment' political division.

U.S. Sen. Marco Rubio continues to ramp up his rhetoric in the wake of Monday’s FBI search of Donald Trump’s Mar-a-Lago compound.

In a letter to FBI Director Christopher Wray sent Wednesday, the second-term Senator charged that when it comes to eroding public trust, the federal law enforcement arm is even worse than one of America’s biggest geopolitical rivals.

“The FBI’s actions, less than three months from the upcoming elections, are doing more to erode public trust in our government institutions, the electoral process, and the rule of law in the U.S. than the Russian Federation or any other foreign adversary,” Rubio wrote.

“These values represent the very core of what the United States stands for, and what the FBI is mandated to protect. Yet the FBI raid sows the same division — and exacerbates the same loss of confidence in the U.S. political process — that adversaries like Vladimir Putin go to great lengths to foment.”

Rubio’s letter concedes the central point of the search Monday was predicated on the former President’s unauthorized retention of classified documents, but after admitting there was a legitimate reason for the search, the Senator quickly returned to the emotional appeal.

“All Americans deserve the right to know why the FBI raided President Trump’s residence, but the law requires that you inform, at a minimum, the leadership of the congressional intelligence committees regarding such activities if the purpose of the raid was related to an investigation regarding the unauthorized disclosure of classified information with intelligence equities,” Rubio urged, wondering why he first learned of the raid “via the media.”

The first reportage of the Mar-a-Lago raid came from the Twitter account of Florida Politics publisher Peter Schorsch. Since that news broke Monday, Rubio has offered a series of shrill warnings about what the search of Trump’s properties means.

nextJoe Henderson: Rick Scott and Marco Rubio should spare us their outrage