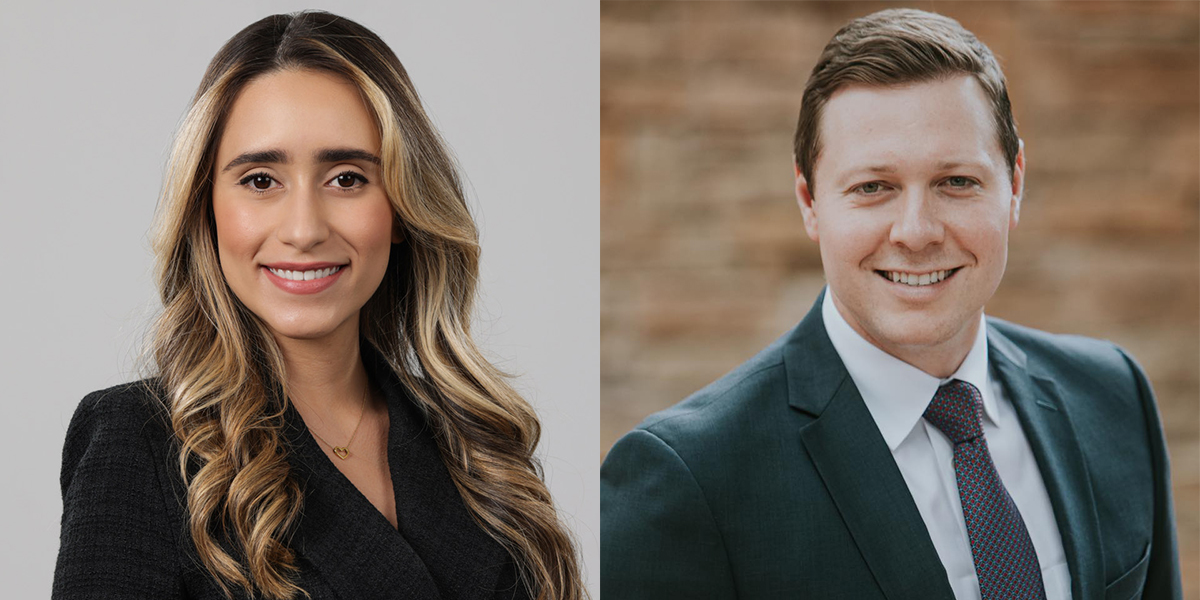 The fiancé of House District 45 Republican Carolina Amesty sued one of her Republican opponents, his consultants and an outside political committee, charging that campaign mailers have violated his rights.

The suit is just the latest shot in an increasingly hostile Republican battle for the HD 45 in the Orlando area. Republican voters there have been flooded with ugly attack ads, mostly mailers coming from independent political committees without clear ties to any specific campaigns.

The attacks have come mostly against Amesty and Portigliatti, though not all the attacks are alleged to have come from each other’s advocates.

Amesty and Portigliatti have known each other for decades. Their families run rival private, nonprofit Christian universities in Orlando.

Rosario’s suit was filed in the 9th Judicial Circuit Court of Orange County.

It charges that mailers and other campaign communications sent by the “Citizens” committee to Republican voters in HD 45 attacked Amesty by attacking him.

Rosario’s lawsuit complains that the ads from Citizens included his likeness, image, phone number, email address, home address and age, among other information, “next to false and misleading statements about him.”

Rosario’s suit calls the ads part of a smear campaign. It notes that he is a private citizen, not a candidate nor a public figure. It charges that the ads violate his rights of publicity, by using his image without permission, and invade his privacy.

There are no clear ties between Citizens for Principled Leadership and Portigliatti or SimWins.

Amesty argued that there is an indirect connection, however, as suggested by a 2018 libel lawsuit, brought by Rep. Mike Beltran regarding mailers from a now defunct committee, Veterans for Truth, chaired by Helmich, in a campaign in which Pedicini’s firm worked for Beltran’s opponent. That suit was settled in 2019.

Portigliatti, of Orlando, said he had no ties to the Citizens’ committee.

Portigliatti also said he also may sue, over attack mailers against him, including at least two that labeled him “Lying Bruno ‘Brazil’ Portigliatti,” an apparent attempt to both impugn his integrity and disparage his ethnicity.

“Jesus Rosario’s lawsuit is yet another example of his fiancé — Carolina Amesty’s unethical and completely dishonest campaign to destroy her opponents. They have shown that they have no regard for the truth and will go to any extent to win a political race. I have absolutely no involvement with the Citizens for Principled Leadership PAC and have made that clear to her campaign,” Portigliatti said in a written statement.

“In response to this frivolous lawsuit and these malicious defamatory statements, we will be taking the appropriate legal measures,” he added.

Hemlich did not respond to an email seeking comment on the suit.

Pedicini declined to comment on behalf of himself and his firm, saying he had not yet seen the suit. He referred inquiries to his lawyer.

Rosario said he is defending himself, not just against the Citizens’ mailers but against email blasts that have called him liberal and corrupt. He said that anytime a campaign goes so far down the line as to attack a candidate’s fiancé, that campaign clearly is desperate.

Amesty, of Windermere, said neither she nor her campaign are involved.

Amesty and Portigliatti each expressed exasperation. Each independently wondered “how low” the other sides’ attacks could go.

Amesty said the attacks coming her way have gone after her fiancé and her family.

Portigliatti said the attacks on him are resorting to “xenophobic prejudices.”

The dispute has been percolating for weeks, and one answer already has been offered to the allegations raised in Rosario’s lawsuit.

On July 30, Rosario’s lawyer Paul Thanasides of Tampa sent a cease-and-desist letter, regarding the Rosario references, to those eventually named in the lawsuit.

Citizens’ lawyer, Ricardo A. Reyes of Boca Raton, who also represents Pedicini, wrote back on August 3, denying that there had been any violations of Rosario’s rights or that there was anything false in any of the ads. Reyes’ letter rejected Rosario’s demands, but agreed to not “publish further any of Rosario’s personal information.”

Amesty said the attacks that refer to her fiancé’s have continued since then.

Reyes’ Aug. 3 letter also states, “Be advised that neither Portigliatti nor any member of his campaign had any involvement with the creation or mailing of the election materials referred to in your correspondence.”

There are three other candidates in the Aug. 23 HD 45 Republican Primary Election: Vennia Francois, Janet Frevola and Mike Zhao.

Results from recent General Elections suggest it may have a slight Democratic lean.

Allie Braswell, a diversity consultant, former Marine and former president of the Central Florida Urban League from Winter Garden, has wrapped up the Democratic nomination and awaits the Republican Primary winner.

previousJoe Henderson: Rick Scott and Marco Rubio should spare us their outrage