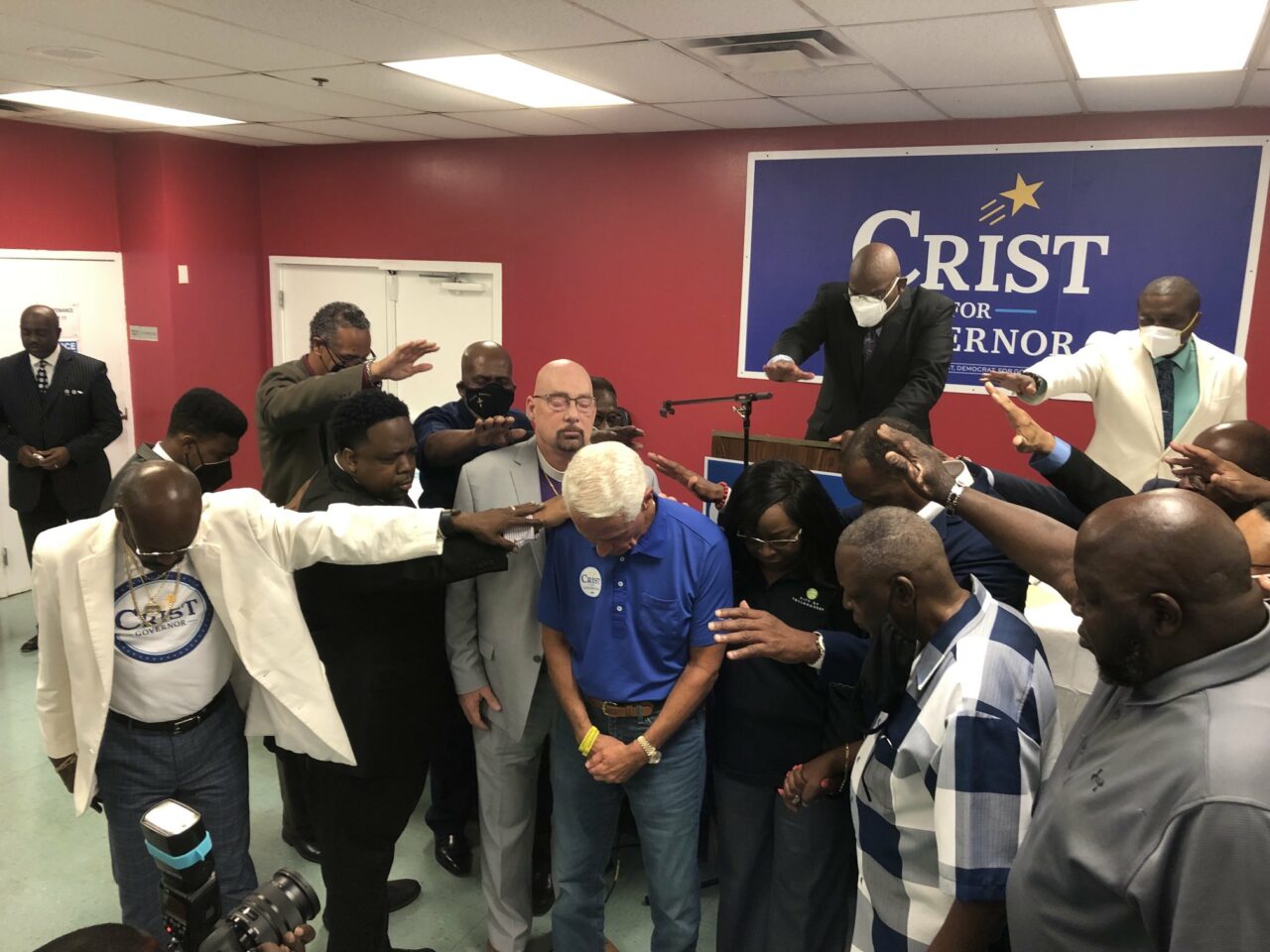 ‘Ron doesn’t care about you. He cares more about the White House than your house.’

With a week to go in the Democratic gubernatorial Primary, U.S. Rep. Charlie Crist says he is focusing his campaign efforts on decency, kindness, compassion … and Gov. Ron DeSantis.

Crist met with faith leaders from across North Florida during an event in Tallahassee on Monday afternoon. Speaking before an audience of Black community leaders, the Democratic Congressman from St. Petersburg made the case for why he is the candidate to restore fairness and equity in Florida after a year of legislation addressing abortion and LGBTQ issues.

“My name is Charlie Crist, and I’m a Democrat running to protect democracy. His name is Ron DeSantis. He’s an autocrat wanting to be the dictator of America,” Crist said.

Crist highlighted DeSantis’ 2018 remarks stating Floridians shouldn’t “monkey” up that year’s contest by electing Andrew Gillum, a comment that was viewed by many as racially insensitive. Gillum lost to DeSantis by less than a percentage point, a fact Crist said shows that DeSantis’ re-election isn’t inevitable.

“He barely beat Andrew, and the poor fellow was under FBI investigation the whole campaign, and the Republicans used it to great effect against him, and Andrew only lost by about 30,000 votes,” Crist said.

Since that election, Gillum has pleaded not guilty to federal fraud charges in an investigation that reached back to 2016.

The attendees at Crist’s event, hosted at Bethel Family Life Center, were largely Black leaders of Christian churches. Several shared stories of how Crist met with them in the past, and others took the opportunity to ask the candidate questions directly.

The Rev. Reginald Edwards, a senior pastor at Greater Mount Pleasant Missionary Baptist Church in Callahan who moderated the panel, asked how Crist would bring COVID-19 relief to Black and impoverished communities.

Crist responded that the Governor is elected to represent all Floridians and, to illustrate his point, told the story of when he extended early voting hours in 2008 to address long lines at the polls despite opposition from Republicans.

Another pastor asked how Crist would address affordable housing. Crist said he would allocate more state funding to affordable housing, a section of the state budget that has been consistently underfunded since the Great Recession, beginning under Crist’s stint as Governor.

The former Governor also said he would request affordable housing assistance from the federal government instead of trying to score political points against President Joe Biden.

“Ron doesn’t care about you,” Crist said. “He cares more about the White House than your house.”

The stop marked his second event of the day in the Big Bend region. Also on Monday, Crist appeared in Madison for an early voting event.

Agriculture Commissioner Nikki Fried, Crist’s Primary opponent, is also hitting North Florida this week. Fried will begin her “Something New” bus tour in Panama City on Tuesday and give a “closing argument” speech in the evening at Proof Brewing Company in Tallahassee.

Polls have consistently shown Crist, a former Republican and independent Governor, leading Fried throughout the Primary, slated for Aug. 23. But with indications the race could be tightening in the final run-up to the Primary and Fried repeatedly harping on Crist’s past campaigning as a “pro-life” Republican, Crist’s team has also spotlighted Fried’s past donations to Republicans and ties to lawmakers like U.S. Rep. Matt Gaetz.

Crist told attendees that next week’s Primary Election is “extremely important” and that the biggest thing separating him and Fried is experience.

Even as ads from both sides turn more negative, Crist told reporters a contested campaign won’t hurt the Democratic Party.

“The most galvanizing part of this campaign is a guy named Ron DeSantis,” Crist said.