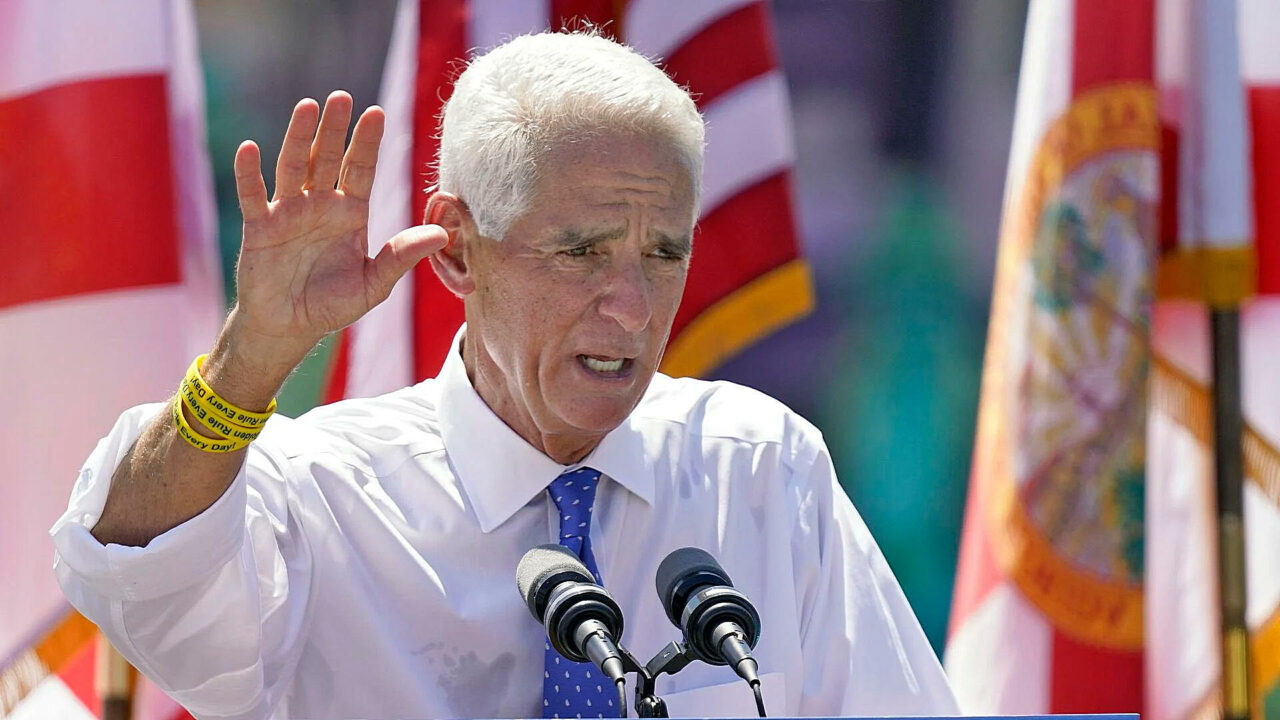 The Democrat accused the Governor of breaking lie for the sake of a "heartless political game."

Democratic nominee Charlie Crist is demanding more information about the decision made by Gov. Ron DeSantis before flying 50 South American refugees to Massachusetts.

The gubernatorial candidate filed a public information request under Florida’s Sunshine Law for all communication regarding the relocation effort.

“Ron DeSantis decided to traffic human beings on Florida taxpayers’ dime to score political points. It was cruel, it was probably illegal, and he owes the people of our state answers,” Crist said. “Floridians have been forced to foot the bill for this Governor to play his heartless political games, but we’re holding him accountable.”

To fulfill the request, officials may need to reach back a while. DeSantis has been discussing a desire to relocate migrants to Massachusetts and Delaware since late 2021.

But the Republican Governor apparently followed through, using money set aside in the state budget for relocation to direct two planes of Venezuelan and Colombian immigrants claiming asylum protection to Martha’s Vineyard. The Orlando Sentinel’s Jeffrey Schweers reported Destin-based Vertol Systems was paid $615,000 by the Florida Department of Transportation for “Relocation program of unauthorized aliens” on Sept. 8.

The formal request for information from Crist’s office seeks several records surrounding the plan. That includes requests for “all requests for proposals and contracts associated with the state re-location program to transport migrants; All emails, texts, other forms of internal communications within the Governor’s office related to the re-location program; all emails, texts, and other forms of internal communications between the Governor’s office and the Florida Department of Transportation related to the relocation program.”

“This thing went down and it was strange,” he said.

Crist is also requesting any communication between DeSantis’ Office and that of Massachusetts Gov. Charlie Baker.

On Thursday, Baker’s office suggested it had no prior knowledge of the incoming migrants.

Baker representative Terry MacCormack said in a statement published by NBC 10 Boston that the administration is “in touch with local officials regarding the arrival of migrants in Martha’s Vineyard.”

“At this time, short-term shelter services are being provided by local officials, and the Administration will continue to support those efforts.”

Crist slammed the move as a “political stunt,” characterizing the sentiment behind it as “cruel.”

A release from Crist’s campaign also repeats reports the DeSantis administration lured the individuals “onto a plane in Texas with false promises of jobs and shipping them to Massachusetts.” Crist estimated the publicity stunt would cost Florida taxpayers $12 million. 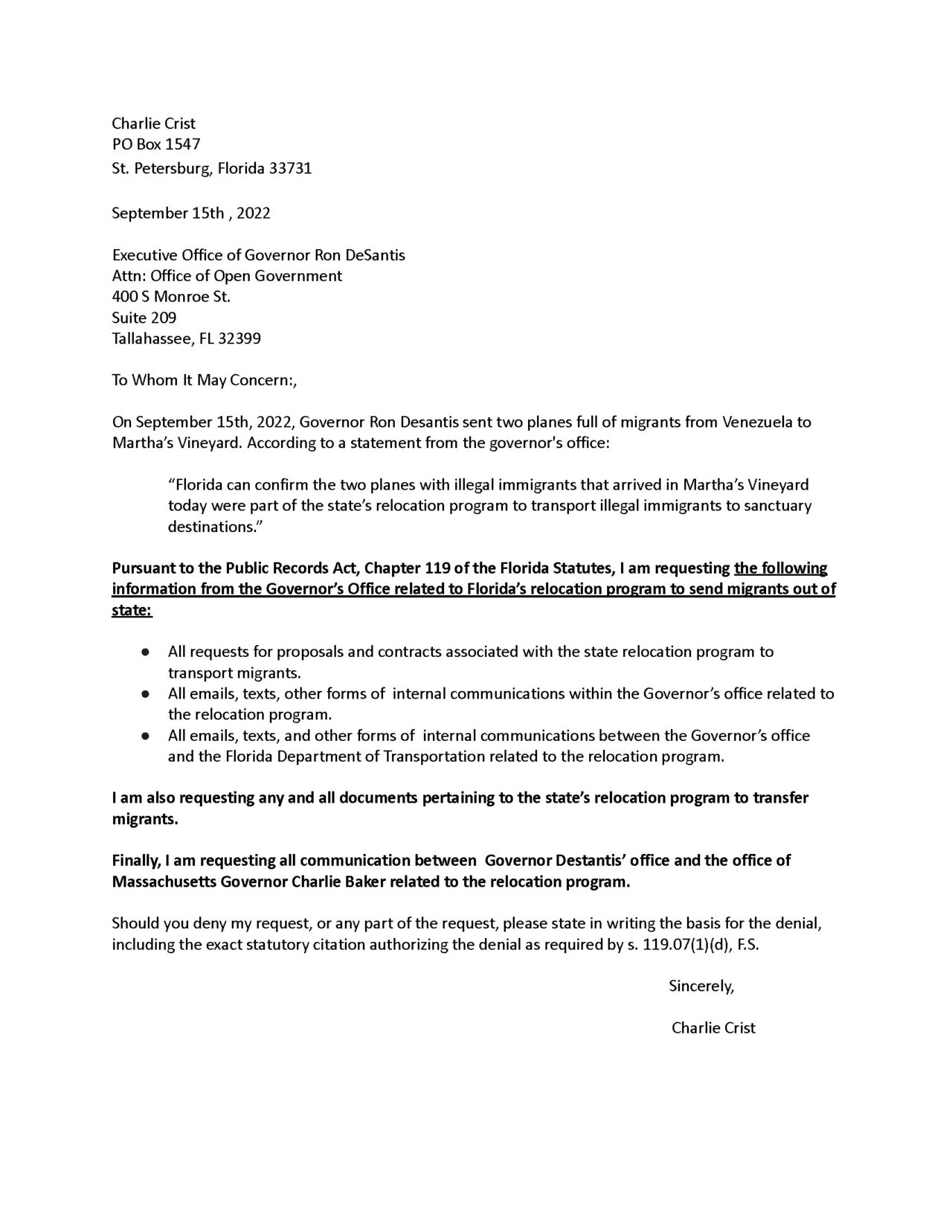 Renzo Downey  of Florida Politics contributed to this report.