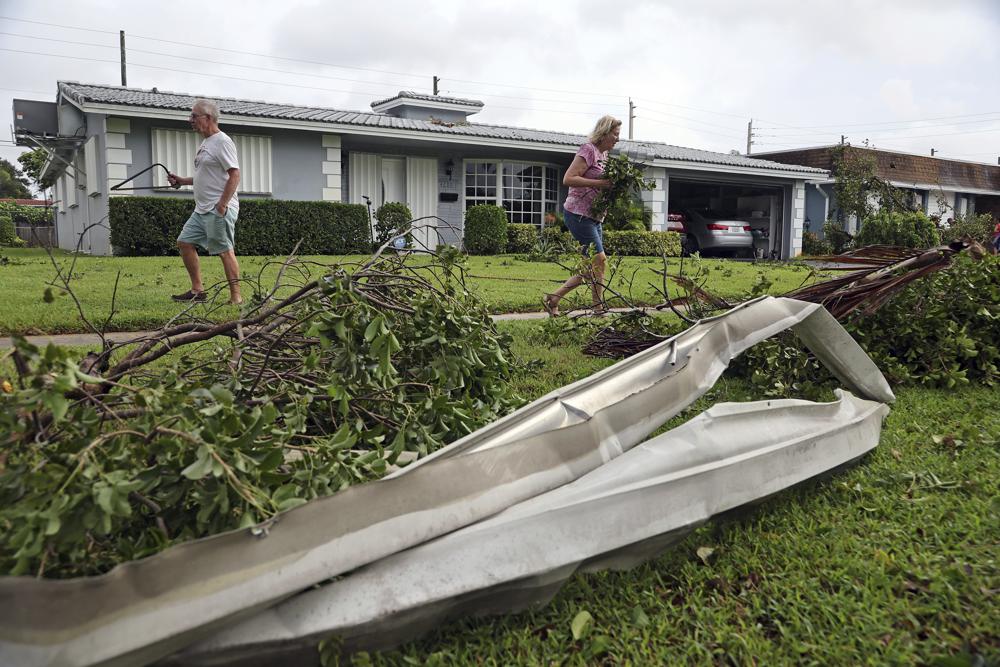 Starting on Monday, the city will start collecting debris from residential homes.

The City of St. Petersburg has announced a citywide debris pickup in response to Hurricane Ian.

Starting on Monday, the city will start collecting debris from residential homes. Only green vegetation will be collected, and residents are asked to sort out any normal garbage or other construction materials from the vegetation.

The city offered the following details:

— Vegetation can be left on the edge of your property line, but do not block meters or stack vegetation against other items like trees or garbage cans.

— The city will collect debris from all houses and will follow normal sanitation routes.

— There is no need to call and report the need for a special sanitation pickup.

— Debris may not be picked on your first scheduled trash pickup date. Expect the process to take time as city crews work the entire city grid.

In addition to pickup by the city, residents can take debris to one of the city’s five brush sites, which will offer extended hours of 9 a.m. to 7 p.m. starting Friday.

The city of St. Pete released a preliminary report this morning on damage caused by Hurricane Ian, saying the storm appeared to cause no significant damage.

The city has received reports of numerous downed trees and power lines. Fire crews also reported a handful of fires that have been contained with minor damage and no injuries.

Push teams started to head out at daybreak to remove downed tree debris from main roadways and hospital access. The crews have been working all day to clear roads and restore power.

The city also announced that the St. Pete Pier, the Municipal Marina, the Albert Whitted Airport and The Coliseum will all reopen Friday. All city-run parks and rec facilities will reopen on Monday with normal programming and operating hours.

Damaging winds and rain lashed the state’s heavily populated Gulf Coast, with the Naples to Sarasota region at “highest risk” of a devastating storm surge. But the storm continued to impact Central Florida overnight, maintaining hurricane strength most of the way as it crossed the state.

U.S. Air Force hurricane hunters confirmed Ian gained strength over warm Gulf of Mexico water after battering Cuba, bringing down the country’s electricity grid and leaving the entire island without power. Ian was centered about 65 miles (105 kilometers) west-southwest of Naples at 7 a.m., swirling toward the coast at 10 mph.