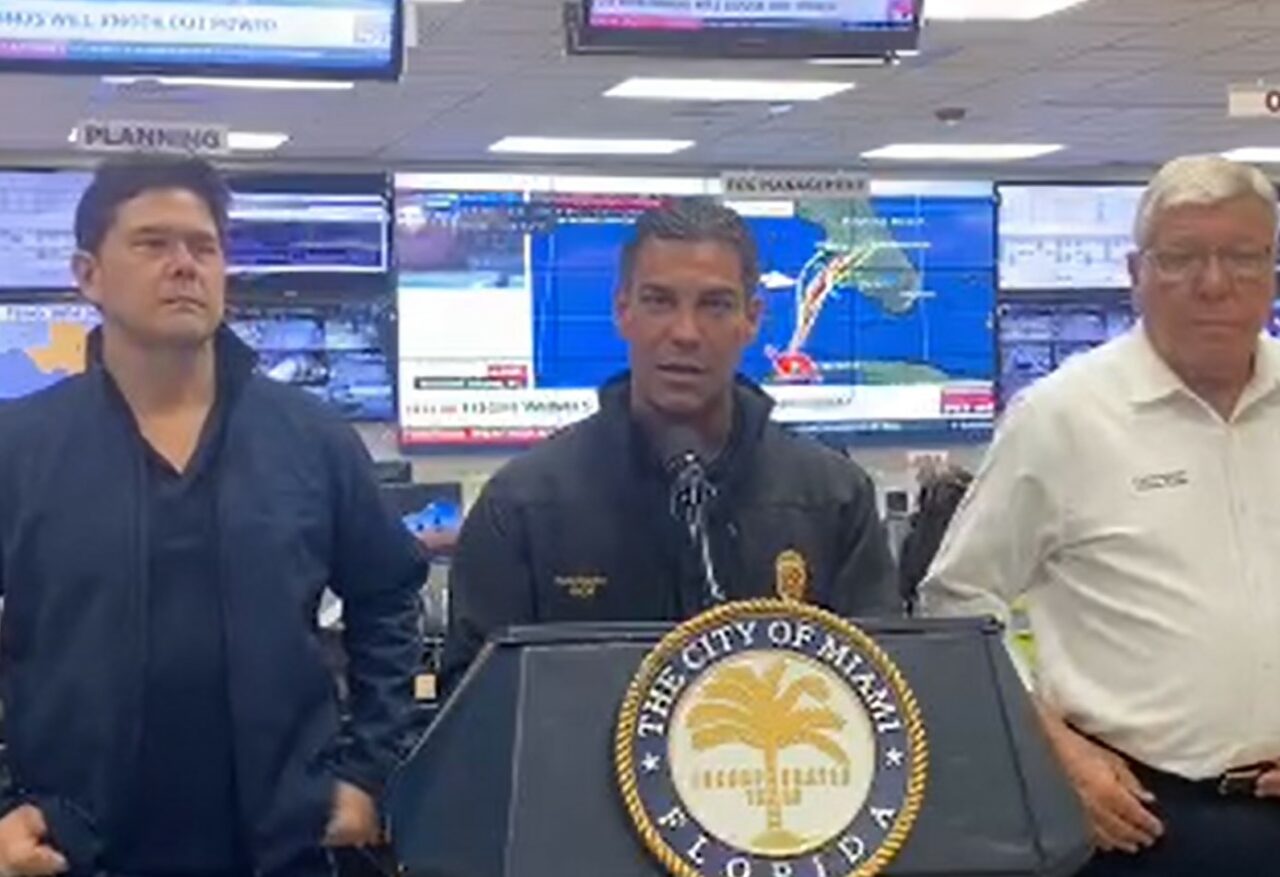 ‘For now, we offer what we can to begin the process of rebuilding.’

Three days after announcing the deployment of emergency response personnel to Tampa ahead of Hurricane Ian’s arrival, Miami Mayor Francis Suarez visited the Gulf Coast to tour the wreckage the near-Category 5 storm left behind.

In a series of videos and photos posted to Twitter on Friday, Suarez confirmed he was in the area in his capacity as president of the U.S. Conference of Mayors. He said he was in contact with the Mayors of Tampa, Clearwater, North Port, Sarasota and “a variety of others” to help ease the provision of resources.

Miami-Dade County also sent a separate task force to Tampa as one of five such teams activated throughout the state to complement the efforts of three federal urban search-and-rescue teams, some 14,000 strategically positioned emergency response workers and 27,000 power-restoration personnel, among others.

“I have been in contact with Mayors whose cities have been hit hardest, and the U.S. Conference of Mayors will ensure that they get the resources that they need to help their communities. These Mayors are coordinating local response, including urban search-and-rescue teams and other emergency preparation and response efforts,” he said in a statement.

“Mayors will be supporting each other, providing assistance as these cities continue to assess the damage and impact of Hurricane Ian. Any Mayor knows that one day they could face similar crises, and it is in times like these that the strength of our work together can usher us through the hardships our communities face. It will take time, but these cities and their people will recover. For now, we offer what we can to begin the process of rebuilding and ensure our fellow Mayors have the aid they need.”

Here at Fort Myers Beach. Utter devastation but am here supporting the cities on the Gulf coast and with our City of Miami personnel.#hurricaneian #fortmyers pic.twitter.com/dc3zLln36B

Suarez was fundraising in New York City at the time, the New York Post reported.

As of Friday afternoon, as many as 21 people were thought to be dead due to the storm, Division of Emergency Management Director Kevin Guthrie said. That the number is likely to increase, he added.

By 3 p.m., more than 1.7 million customers across Florida — 15.3% statewide — remained without power, a Public Service Commission tally showed. That included nearly all of Hardee County, 84% of Lee County, 82% of Charlotte County, 69% of Highlands County, 68% of Desoto County, 53% of Volusia County and more than half of Collier and Sarasota counties.

Speaking around at an afternoon press conference near Fort Myers, Gov. Ron DeSantis called for an “all-hands-on-deck” approach to recovery and warned those thinking of taking capitalizing on the disarray to reconsider.

“There are people that wrote on their plywood, ‘You loot, we shoot,’” he said. “We are a law-and-order state, and this is a law-and-order community, so do not think that you’re going to take advantage of people who’ve suffered misfortune.”