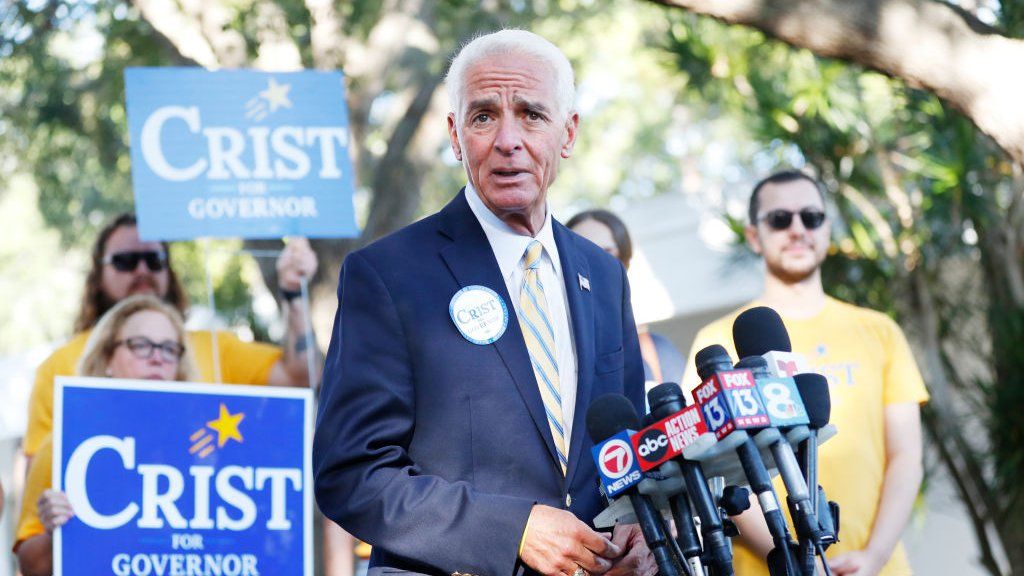 His campaign called for Floridians to share premium nightmare stories.

National donors are pumping another $1 million into Democrat Charlie Crist’s campaign for Florida Governor. That includes significant infusions of dollars from the Democratic Governors Association and Illinois Gov. J.B. Pritzker.

The announcement comes as Crist aims to ramp up national attention on Republican Gov. Ron DeSantis as Florida recovers from Hurricane Ian. Crist’s campaign encouraged anyone with nightmare stories to contact his campaign using a dedicated online tool.

Crist has criticized DeSantis’ handling of the homeowners’ insurance market. The campaign clearly aims to capitalize on the situation many Floridians face after Ian.

“Ron DeSantis is the worst property insurance governor in Florida history — and millions of Floridians are going to pay the price in Hurricane Ian’s wake,” Crist said. “If you have paid thousands in premiums for years and years, only to have your coverage disappear when you need it most, we want to hear your story.”

Florida notably saw the latest insurer back out of Florida coverage just a month before Hurricane Ian landed.

Crist’s campaign said the average homeowners’ premium has gone from $2,000 to $4,200 during DeSantis’ first term, a $15 billion collective burden on Florida property owners. Many must deal with the claims process after Ian impacted millions on a two-day tear across Florida.

In contrast, Crist reminded that he called a Special Session during his term as Governor, as a Republican from 2006 to 2010, to stabilize the market. Rates went down 10% during his term, and he has released a plan he believes will help consumers if elected.

Meanwhile, Crist’s campaign is enjoying fresh support from across the country in his effort to beat DeSantis.

“National donors are waking up to what’s at stake in Florida,” said Crist spokesperson Samantha Ramirez.

“In the last few weeks alone, Americans have watched as Ron DeSantis spends taxpayer dollars to fly migrants across the country while Floridians are crumbling under the weight of a collapsing property insurance market following Hurricane Ian. Ron DeSantis has shown our nation his true colors. That’s why Americans from all walks of life are chipping into this fight, and why Charlie Crist is going to beat him come November.”

Pritzker spoke in July at the Florida Democratic Party’s Leadership Blue Gala. His own national profile climbed after his response to mass shootings during Independence Day in his state.

The Illinois Democrat has experience unseating Republican Governors, as he defeated incumbent Gov. Bruce Rauner in 2018 by nearly 16 percentage points. That came the same year DeSantis won his first term in the Governor’s Mansion. Pritzker, a billionaire himself, also owns a residence in Florida.