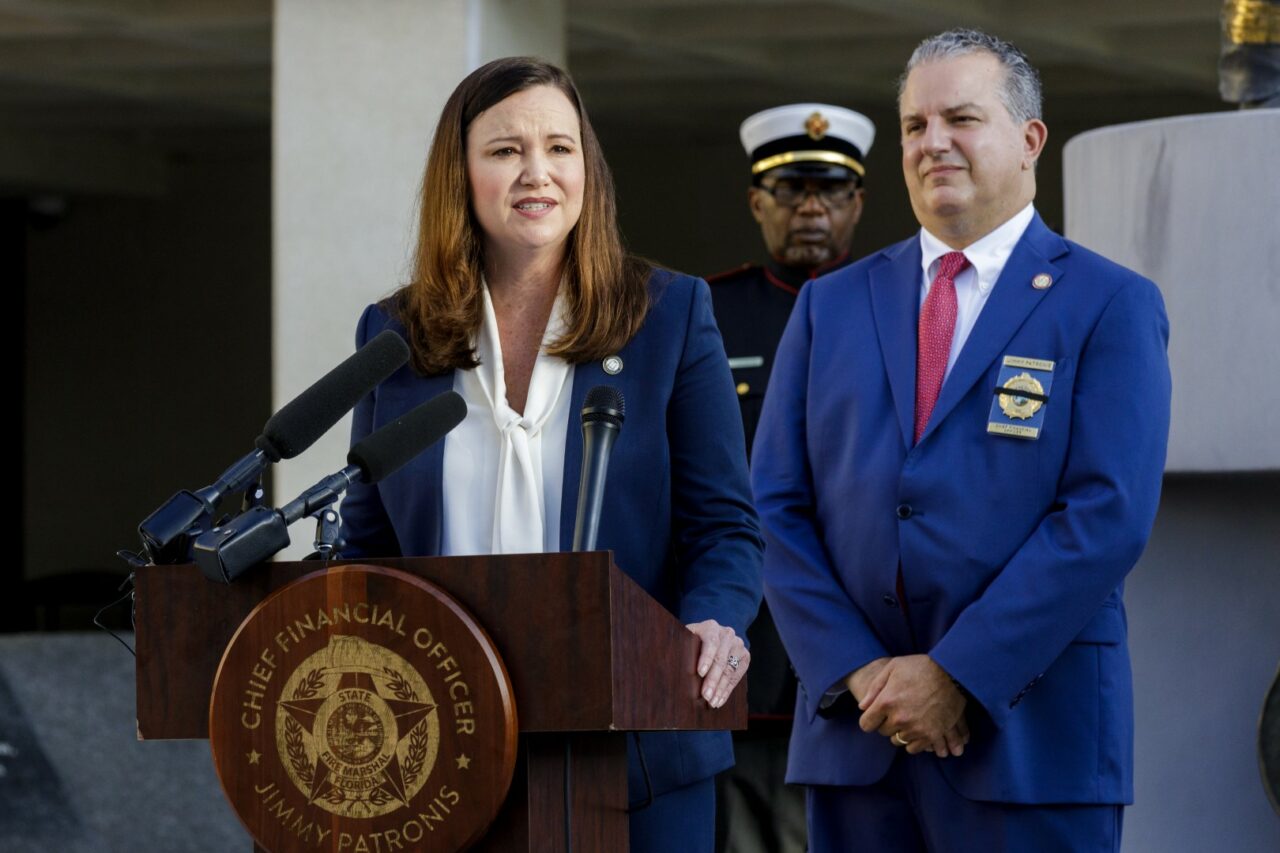 The smart money is on the Florida Cabinet getting redder.

All three Republican candidates for statewide Florida Cabinet offices have significantly more support among the state’s active electorate than their Democratic counterparts, according to new polling data released Wednesday.

Jacksonville-based firm Mason-Dixon Polling & Strategy surveyed 800 registered and likely voters across the Sunshine State Sept. 26-28. The poll had a 3.5-percentage-point margin of error.

Another 47% said they’ll cast ballots for Republican Senate President Wilton Simpson, who is running to succeed Nikki Fried as Agriculture Commissioner. Fried, the only statewide elected Democrat, opted to forgo seeking another term in favor of an unsuccessful run for Governor.

Moody faces former State Attorney Aramis Ayala, while Patronis is taking on a challenge from former state Rep. Adam Hattersley. Both Democratic candidates have the backing of 37% of voters, pollsters found. That leaves Ayala 13 points back and Hattersley 10 points behind.

Simpson, meanwhile, is set to face Democrat Naomi Esther Blemur. On Tuesday, Blemur announced that she was postponing her campaign to focus on Hurricane Ian recovery efforts, but later clarified that she would eventually return to campaign.

Blemur had 34% voter support — 13 percentage points fewer than Simpson — and less than $1,000 left to spend on her campaign.

Asked if the election were held today, 86% of Republicans, 55% of men and 47% of unaffiliated voters said they would choose Moody to continue serving as Attorney General. Ayala received support from 79% of Democrats surveyed and 29% of independents.

Neither candidate received majority nods from women, 46% of whom said they prefer Moody compared to 41% for Ayala.

Asked the same question about the Chief Financial Officer race, 82% of Republicans, 54% of men and 43% of unaffiliated voters picked Patronis, a former state Representative who also serves as State Fire Marshal.

Partisan support for Hattersley proved more tepid, with 79% of Democrats saying they’d vote for him. He also received considerably weaker independent backing. Of the 57% unaffiliated voters not yet aligned with Patronis, fewer said they would vote for Hattersley than said they were still undecided.

The outlook was similar in the race for Agriculture Commissioner, though slightly worse for Blemur, for whom just 71% of Democrats were sure they’d vote for her.

Conversely, a full 10% of Democrats said they prefer Simpson along with 81% of Republicans.

Early voting for the Nov. 8 election is set to begin at least 10 days prior to Election Day.