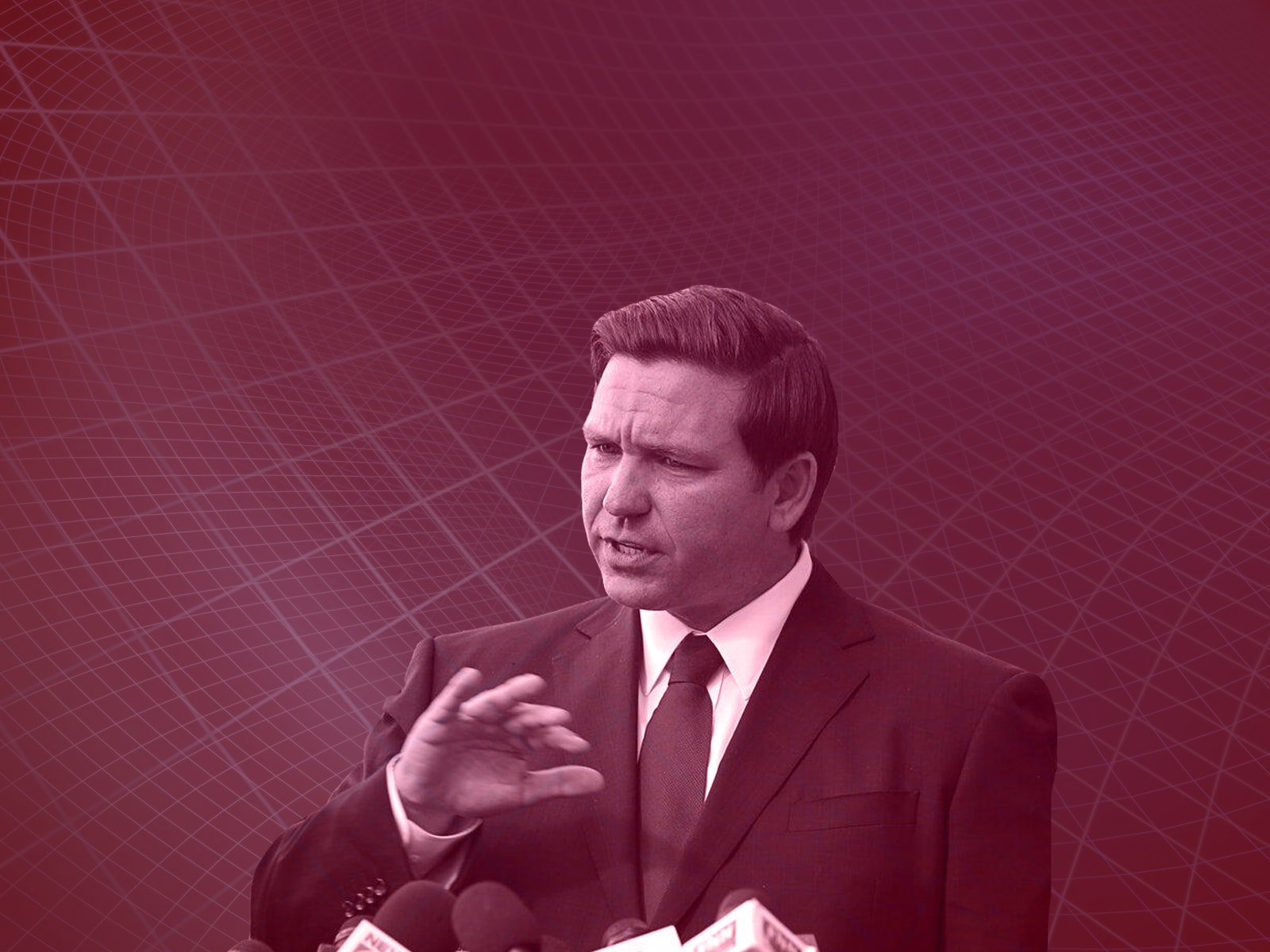 Are transplants to Florida driving a purple state redder?

Since March 16, 2020, an estimated 394,000 active voters have flocked to Florida. They are twice as likely to be Republicans as they are to be Democrats.

Since that day in mid-March — the day President Donald Trump announced the “15 Days to Slow the Spread” of the COVID-19 pandemic — 193,300 Republicans and 96,900 Democrats have moved to Florida, according to L2 data. The data reveals 393,800 Florida voters who chose the pandemic-era Sunshine State as their new home state and registered to vote here. As percentages, 46% are Republicans, 23% are Democrats and 29% are independents.

In total, about 3% of Florida’s active voters are voters who moved to the state after the start of the pandemic.

As the nation navigated the pandemic, the “Free State of Florida,” led by Gov. Ron DeSantis, became seen as a bastion by many fleeing what critics call draconian lockdowns and masking orders, as well as liberal policies on crime and spending. From July 2020 to June 2022, Florida’s net migration — the number of people moving to the state minus the number of residents leaving it — was 777,600, according to estimates from the Legislature’s Office of Economic and Demographic Research.

Voters “voting with their feet” is a tried-and-true concept in political science and theory. Florida emerging as a new mecca for conservatives is a concept that has been speculated — or even assumed — by political pundits.

“(Florida is) unique because people move to Florida in part because they’re selecting for the politics in the same way they move to Vermont,” statistician Nate Silver said on an Oct. 13 episode of the FiveThirtyEight Politics Podcast.

But when pressed by host Galen Druke for evidence, Silver had none to offer.

The strong Republican lean of transplants in Florida, particularly for a “purple state,” is a trend that sets the state apart from other large states. The number of Republicans who have moved to Florida alone exceeds the number of transplant voters in each of the two most populous states, California and Texas.

The partisan disparity in Florida is even more pronounced beginning later in the pandemic. Since Sept. 25, 2020 — the day DeSantis announced Florida would immediately enter its final phase of re-opening — the state has gained 161,500 new GOP Floridians and 77,300 Democrats. In the past 12 months, when COVID-19 and lockdowns have been more of an afterthought, Florida has picked up 62,500 Republican and 26,600 Democratic transplants.

It’s also a stark change from just four years prior, both in quantity and partisan affiliation.

It should be noted that the methodology misses voters who were considered active in 2018 but aren’t now — and picks up voters who weren’t active then but now are. Still, it sheds light on the uptick of transplants who are registering as Republicans.

Susan MacManus, University of South Florida professor emeriti, told Florida Politics she was unsurprised that Republican transplants double their Democratic counterparts. Not only is it about quality of life, like lockdown policies and the environment, but record inflation could also have driven Americans to relocate over the past year.

“The thing about voting with your feet is that people that have the means to do so are more likely, whereas those who don’t can sometimes be trapped in areas that they are really not where they’d like to be,” MacManus said. “A lot of it has to do with the ability to move economically or if you had relatives or somebody else close by.”

In the 12-month run-up to the 2018 election (mostly, if not entirely, within the approximate five years L2 says its “new to state” metrics are reliable), Florida had 18,900 Republican, 13,900 Democratic and 10,700 independent transplants.

Of note, L2 uses the state definitions of active and inactive voters but also considers voters who have moved within a state but not registered to vote at their new addresses inactive voters, resulting in a count of active voters that is generally lower than a state’s count. Analyzing all voters instead of L2’s defined active voters negligibly changes the ratio of Republicans to Democrats.

During his State of the State address at the beginning of the 2022 Legislative Session, DeSantis declared Florida “freedom’s vanguard.”

The Sunshine State has become home to a series of conservative “MAGA” political commentators and influencers. Among them are Ben Shapiro and Dave Rubin, both of whom left Los Angeles for South Florida. Fox News’ Lisa Boothe chose “freedom-loving Florida” as her new home. Will Witt moved from California to Florida to launch The Florida Standard, a rising conservative outlet. DeSantis’ former Press Secretary, Christina Pushaw, is a similar transplant.

A common thread among them is their distaste for liberal leadership in their previous states and their praise for DeSantis.

People like to be near people who are like them, said Myiah Hutchens, a professor at the University of Florida who researches partisan media. Florida’s decision to re-open schools may have been particularly palatable to some, like parents or those working or attending universities.

“Florida has been very vocal on a national stage about how they responded to COVID,” she told Florida Politics. “DeSantis’ current tagline for his run for Governor is ‘keep Florida free.’ That sort of messaging has played out a lot, and we’ve seen that nationally.”

L2’s data shatters the perception that transplants from liberal states are turning Florida blue. No state, only the District of Columbia, sent more Democrats than Republicans to Florida.

More than half the transplant voters from Pennsylvania and Ohio have registered as Republicans. For those who merely crossed the border from Georgia, 49% are Republicans.

“Everybody knows people are moving down here from New York. Their number one question is, are they going to bring their party identification with them, which the assumption is that if they’re moving from New York, they must be liberal and they must be Democrat,” MacManus said. “Of course, the opposite is true.”

Former Leon County Supervisor of Elections Ion Sancho, who held the role for 28 years until 2016 and who oversaw the hand recount in Miami-Dade County during the 2000 election, told Florida Politics that voting habits are determined by more than party affiliation. But he called the concept of Americans voting with their feet an interesting hypothesis.

“I think there’s a lot of validity to it, and I certainly think maybe that’s going into the polling disparity that you’re seeing currently,” Sancho said.

That polling disparity is the double-digit lead DeSantis has opened over Democratic challenger Charlie Crist in recent polls. As of Wednesday evening, Silver’s FiveThirtyEight predicts a 55%-43% popular vote split on Election Day and gives DeSantis a 98% chance of winning.

DeSantis was elected by less than half a percentage point in 2018.

But an influx of new Floridians hardly accounts for DeSantis’ projected runaway re-election. Doing some napkin math, assuming similar turnout in 2018 and a similar breakdown of independents between DeSantis and Democratic nominee Andrew Gillum, the DeSantis-Gillum vote margin would have moved from 49.6%-49.2% to 49.9%-48.9% had the post-pandemic new Floridians been around in 2018.

That year, the transplants would have only created an 0.6-point swing in the margin. Inverting the independent vote to instead give 54% of the new post-pandemic independents to DeSantis rather than Gillum — playing along with the fantastical rules of this DeSantis-generous scenario — would result in an 0.8-point swing.

While not enough to be the sole explanation for the impending blowout facing Democrats in Florida, the spike in new voters puts the state that much further from Democrats’ reach.

State Sen. Joe Gruters, the Chairman of the Republican Party of Florida, told Florida Politics the state GOP has been hammering Democrats under leadership from Trump and DeSantis. Principal to the state party’s mission are voter registration and voter turnout, the fruits of which will be revealed on Tuesday.

“They both spent a ton of money on voter registration for the respective lead-ups to their respective campaigns,” Gruters said. “You have all these political refugees, you have education refugees, you have economic refugees trying to escape to the land of freedom, which is Florida, and that’s where the Governor really gets a lot of credit for the policies that he helped shape over the years.”

More to the story

The effect of Americans voting with their feet since the start of the pandemic is most pronounced in Southwest Florida and the Panhandle.

The disparity is most exaggerated in Central Florida’s Sumter County, one of the fastest-growing counties in the state. There, 9.0% of active voters are transplants, and 5.5% are Republican transplants.

The only counties that saw more Democrats arrive than Republicans are traditionally Democratic strongholds.

In November 2021, Republicans overtook Democrats in active registered voters in Florida, accomplishing the feat for the first time in Sunshine State history.

Sancho noted COVID-19 could spell a significant shift in Florida’s population, which is traditionally mobile. To him, a further question is what types of Republicans, Democrats and independents are Florida’s new residents. Are these “MAGA Republicans,” drawing from the more than three-fifths of Republicans nationwide who believe Trump won the 2020 election?

“They’re probably going to be higher consumers of that, and Fox is still the largest,” Hutchens said. “We’re seeing increases in Breitbart and stuff like that, but not at the same rate as Fox. They’re probably not New York Times readers.”

Sancho wasn’t as certain about the nature of these new Floridians.

“It’s hard to say,” Sancho said. “Only in post-analysis and exit summaries could that kind of data have been examined and then developed. And it will be, I’m sure, because it’s marvelous data.”

previousSunburn — The morning read of what’s hot in Florida politics — 11.3.22