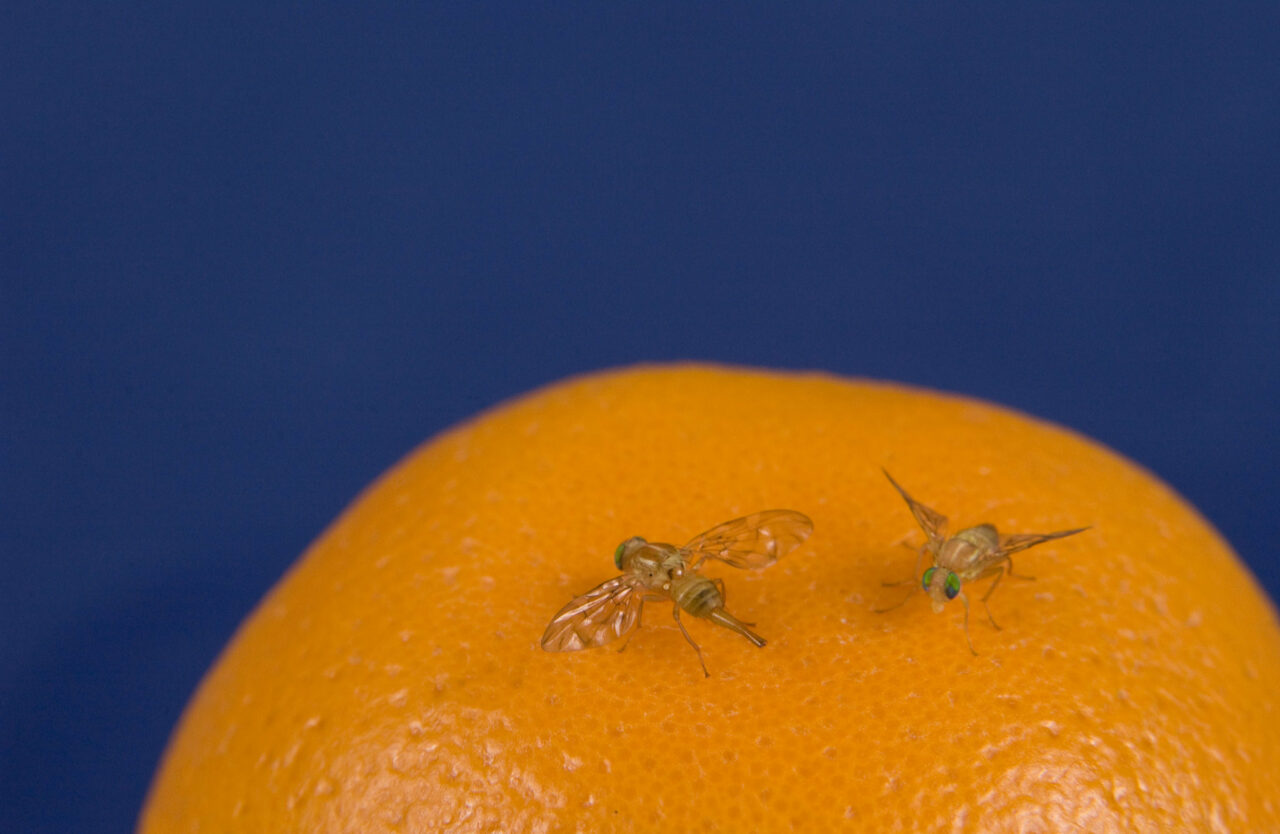 For those who already have tickets for a much-needed post-election vacation out of the country, a reminder to not come home as part of the problem — the problem being a proliferation of invasive species in Florida.

“It might seem very innocent to have gone and visited family or gone on vacation in South America, the Caribbean, or another part of the world, and want to take home some of that really cool fruit back with you,” said Morgan Pinkerton, Sustainable Agriculture and Food Systems Extension Agent with the University of Florida’s Institute of Food and Agricultural Sciences (UF/IFAS) Extension in Seminole County.

“There’s a lot of problems with that. You really cannot. You should not, but also it’s illegal to be bringing that fruit with you, and that’s because of invasive fruit flies potentially being in that fruit.”

She spoke in an Florida First Detector webinar on the subject recently.

Invasive fruit flies like to tag along in fruit and vegetables brought in from overseas. Flies lay eggs in ripe fruit, which in the past came over through tourists’ luggage and the like as they try to bring home fruit found in another country that they couldn’t obtain easily in the United States.

The flies generally go through a life cycle once a month, reproducing rapidly.

“The real reason they so rapidly reproduce is because fruits are a hot commodity and we grow quite a bit of it here in Florida,” Pinkerton said.

“So fruits, especially citrus, is one of our top agricultural commodities for Florida. A lot of these fruit flies can attach not just one type of fruit, but many different fruits, as well. Some of them kind of jump into vegetables. So, it’s not just the typical fruits we think of like citrus, mangoes, avocados, papayas, stuff like that.”

They can also feed on things like coffee beans, hot peppers and tomatoes.

“We are concerned, because we grow a lot of this throughout the state, and throughout the year we’re doing some kind of production that could potentially be impacted by fruit flies,” Pinkerton said.

The intention is to protect the state’s agriculture industry and its more than $7.35 billion in annual revenue, along with $867 million in oranges as of 2020.

A number of invasive fruit flies have taken up residence in Florida or have been seen in the state, and they feed on the fruit while it’s still on the tree. An infestation renders the fruit unmarketable and kick-starts its decomposition. Severe infestations can destroy an entire yield.

The Caribbean fruit fly established itself in the state nearly a century ago, and by the time people realized there was a problem, it was too late. In September, the Florida Department of Agriculture and Consumer Services announced the eradication of the Oriental fruit fly from around St. Petersburg.

In that instance five of the flies appeared in a trap in June, which led to a quarantine around St. Pete on the movement of fruit, vegetables and nuts without a compliance agreement from the Department.

“Oriental fruit flies have the ability to cause devastating losses to our food supply and producers, making quick eradication efforts vital,” Commissioner Nikki Fried said at the time.

“This is a testament of the dedication of our inspectors, researchers, and staff to safeguarding our agriculture industry. I could not be prouder of how quickly they identified and began treating the affected area in St. Petersburg to once more eradicate these pests from our state.”