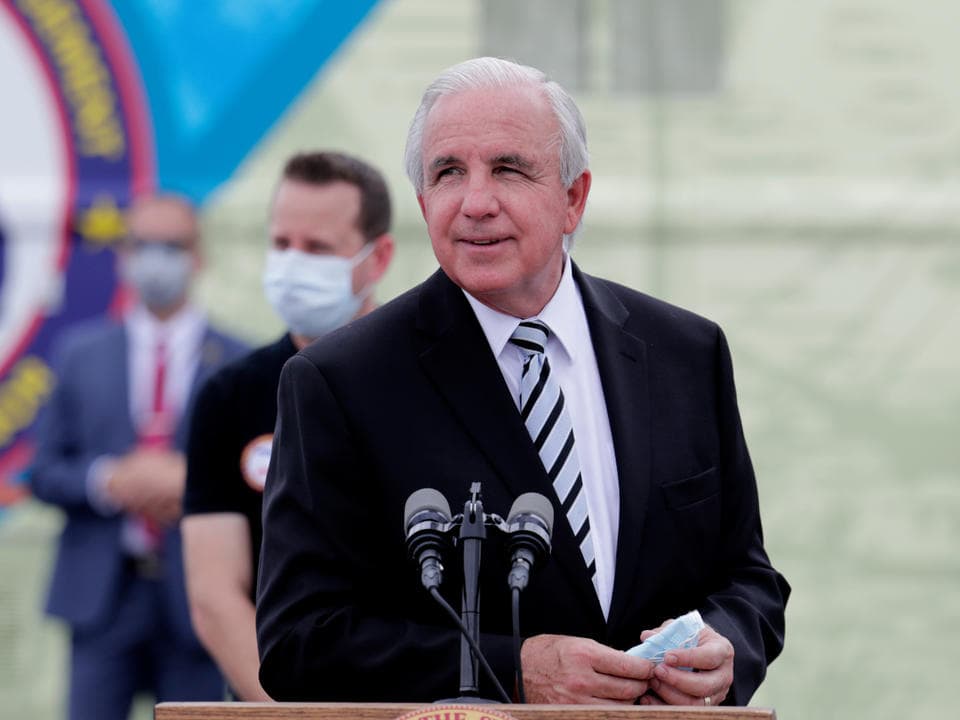 The win continues his nearly two-decade unbeaten streak in politics.

With all precincts in Miami-Dade and Monroe counties reporting, all in-person votes counted and a full tally of mail-in votes Giménez had 64% of 211,345 votes cast compared to 36% for former Democratic state Rep. Robert Asencio and less than 1% for GOP write-in candidate Jeremiah Schaffer.

The outcome marks another consecutive win for Giménez, who has enjoyed unmitigated success in politics, rising from an appointed role as manager of his adoptive city of Miami to the halls of Congress.

For Asencio and Schaffer, it’s back to private life and the proverbial drawing board. Asencio had hoped to defy unfavorable polling and comparative deficits in governing experience, funding and name recognition to derail Giménez’s re-election bid. Schaffer never really had a path to victory.

CD 28 covers a southern portion of Miami-Dade County, including Homestead and all of the Keys in Monroe County.

Giménez won the district seat in November 2020 after handling a multitude of issues of national and local impact. As Miami-Dade Mayor, a job he won in 2011 after being elected to two terms on the County Commission, he was tasked with steering the county through the Great Recession.

The job required many budgetary changes. One of the most impactful was a decision to repurpose a funding pool meant for transit expansion, including new Metrorail legs, to instead cover ongoing bus and train operations and maintenance.

Near the end of his mayoral tenure, Giménez was also tasked with dictating the county’s pandemic response. He received mixed reviews, but his leadership in the early days of COVID-19 nonetheless earned him a spot as one of Florida Politics’ “Politicians of the Year” in 2020.

Giménez ran for Congress as a moderate Republican, his farewell speech as Mayor flush with encouraging words about collaboration.

“People want their elected leaders to work together for the greater good,” he said. “They don’t want us to get stuck in partisan, broken potholes.”

Since taking his House seat, where he serves as an assistant to House Republican Whip Steve Scalise, Giménez has vacillated between collaboration and hyperpartisanship.

It began his third day on the job, when he voted against certifying President Joe Biden’s wins in Arizona and Pennsylvania over Donald Trump after rageful protesters sieged the U.S. Capitol to stop the certification process.

When asked by the Miami Herald about his vote, Giménez argued it wouldn’t have mattered considering how many others were voting to certify the election results. Asked if he would have voted the same way if he thought it would have changed the outcome, he waffled, calling the question “speculation.”

Giménez later congratulated Biden and Vice President Kamala Harris for their win on Twitter, and condemned the Jan. 6 riot. He even attended their inauguration, explaining that the “peaceful transfer of power from one legitimate administration to another is to be celebrated.”

During his tenure in Congress, he introduced 24 bills as a primary sponsor. Only two passed through the House. None became law.

That includes several bills to limit what federally funded agencies can require regarding COVID-19 testing, vaccination and masking. He also filed a measure that would require migrants from countries bordering the U.S. to return to their country of origin while awaiting processing rather than detaining them stateside. Another bill, misleadingly named “Preserving Options for Everglades Restoration and National Defense in the Straits of Florida Act,” would prevent civil aircraft use at Homestead Air Reserve Base.

He was one of six Republican members of Congress from Florida to vote for the Respect for Marriage Act to preserve national marriage equality. He also voted to expand background checks on all gun purchases.

He voted against the Build Back Better Act, Inflation Reduction Act and a Democratically backed election reform bill he said includes a provision for using taxpayer dollars to provide candidates with 600% matching funds.

A former member of the U.S. Army Reserve and captain with the Miami-Dade Public Schools Police Department, where he worked for 26 years, Asencio came to the CD 28 contest with just two years of elected service under his belt.

He held a seat in the Florida House for one term, from 2016 to 2018, before narrowly losing re-election. After leaving office, he served on the board of a group called Floridians for Affordable Reliable Energy.

His last run at public office was in 2020, when he unsuccessfully challenged embattled, and currently suspended, Miami-Dade Commissioner Joe Martinez.

While serving in the Republican-controlled Legislature, Asencio filed 21 bills. Just one, a measure cracking down on credit card skimming, became law.

He also successfully co-sponsored nearly 20 other bills, including one requiring law enforcement officers to undergo training for how to handle situations involving people on the autism spectrum.

He expressed disapproval of Giménez’s voting record, particularly the incumbent’s decision to oppose certifying the 2020 election results. Doing so, he said, helped perpetuate the “big lie” Trump and others spread that the election was fraudulent and the presidency was stolen.

“The end result is he went against the people’s vote, and it’s the most precious right we have,” he told the Miami Herald.

According to polling data released in late September, the ads were exactly the kind of assistance Asencio needed to be competitive in the race. Survey firm Impact Research found that despite Giménez’s fairly weak approval rating — 42% positive, 39% negative — Asencio still trailed 10% in the race with less than half the incumbent’s name recognition.

Once voters learned about both candidates, Giménez’s lead was halved, pollsters found, adding: “If Asencio has the resources to tell his story, he can quickly close the gap.”

The poll didn’t factor in the campaign of Schaffer — a U.S. Navy veteran running to end “government overspending,” protect gun ownership rights, secure the U.S. border and improve election integrity, among other issues — who had reported no campaign activity in months by early November.

Since filing to run in April 2021, Schaffer reported raising and spending about $30,000, roughly 87% of which came from his own bank account.

CD 28 is a technically new district created to reflect the 2020 Census. But it’s largely the same district that elected Giménez in 2020 and has alternated red and blue over the last several elections.

Democrat Joe Garcia held the seat until 2015, when Republican Carlos Curbelo defeated him. Then in 2019, Democrat Debbie Mucarsel-Powell unseated Curbelo, only to have Giménez overcome a funding disadvantage to supplant her the following year by 3.4 percentage points.

In the past two General Elections, areas comprising the district swung widely, first voting against former President Donald Trump in 2016 before favoring him by a 6-percentage-point margin four years later.

In between those two races, in 2018, voters there picked Democrat Andrew Gillum over Ron DeSantis.

A major factor in the district’s oscillation is its voter composition. Independent voters in CD 28 make up 35% of the electorate, outnumbering both Republicans and Democrats.

The Democratic Congressional Campaign Committee spotlighted the seat as a frontline race in April 2021. However, Sabato’s Crystal Ball, one of the nation’s top election prognosticators, placed CD 28 in its “Safe Republican” column in late July this year, shifting it rightward from its prior listing of “Likely Republican.”

During the Aug. 23 Primary Election, 39,196 Republicans cast ballots there compared to 26,706 Democrats. Giménez fended off two Primary challengers — Carlos Garin and K.W. Miller – with 73% of ballots cast in his favor.

Assencio soundly defeated Juan Paredes in the Democratic Primary with 69% of the vote.