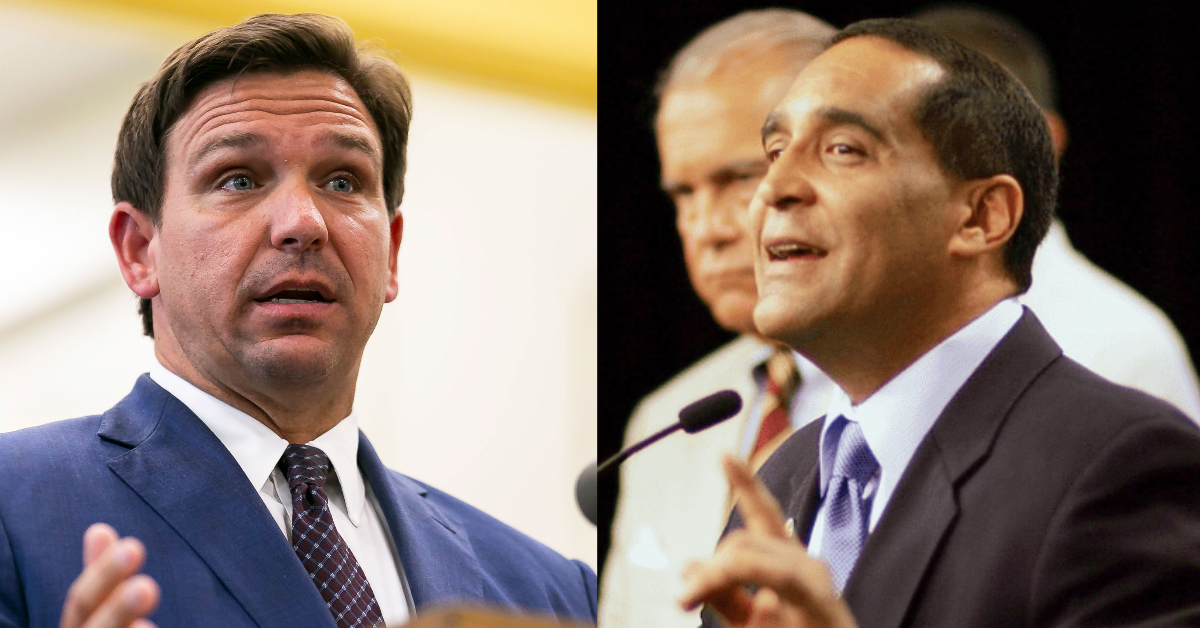 The suspension is 'effective immediately.'

Three weeks after Miami-Dade Commissioner Joe Martinez turned himself in for booking on felony charges of unlawful compensation, Gov. Ron DeSantis has officially suspended the longtime county official and will appoint his replacement “in the coming weeks.”

“(It) is in the best interest of the residents of Miami-Dade County that Martinez be immediately suspended from the public office that he holds,” the Governor’s director of communications, Taryn Fenske, said in a memo. “The Governor will appoint a Commissioner to fill the District 11 seat in the coming weeks.”

The executive order states Martinez “is prohibited from performing any official act, duty, or function of public office; from receiving any pay allowance; and from being entitled to any of the emoluments or privileges of public office during the period of this suspension, which period shall be from today, until further Executive Order is issued, or as otherwise provided by law.”

The charges stem from a five-year investigation by the county Inspector General’s Office and State Attorney Katherine Fernandez Rundle’s Office. His arrest warrant shows he is accused of accepting $15,000 in exchange for “using his official position” to sponsor legislation helping a shopping plaza owner and tenant near his district.

A former Miami-Dade Police lieutenant and front-runner for the county’s revived Sheriff job, Martinez turned himself in to authorities for booking at a Doral corrections facility Aug. 30. He was released on a $12,500 bond the same day.

Martinez has denied all wrongdoing and asserts the case is “politically motivated.” In a statement released days before he turned himself in, he said he was a private citizen working as a consultant during the time prosecutors say he acted unlawfully. He declined a request for comment from Florida Politics on Tuesday.

Prosecutors allege Martinez accepted three $5,000 payments over several months in exchange for pushing a proposed ordinance that would end financial penalties supermarket owner Jorge Negrin and his landlord, Sergio Delgado, received for having too many storage containers at Delgado’s shopping plaza. Negrin and Delgado received tens of thousands of dollars in fines for violating Miami-Dade rules barring properties under 10 acres from having cargo storage containers onsite.

Fernandez Rundle’s office cites bank records and numerous email, text and phone exchanges between Martinez, Negrin and Delgado, including exchanges about an alleged request Martinez made of Delgado to help him secure a bank loan.

Martinez’s office placed the legislation in question on the County Commission agenda in August 2017 but quickly pulled it from consideration. On the day he shelved the item, he had a nearly seven-minute phone conversation with Delgado, the State Attorney’s Office said.

Agents from the Inspector General’s Office soon questioned Martinez about the alleged pay-to-play scheme. The warrant said he claimed to not remember who Delgado was and “did not recall the reason” he received payments, which he described as loans. Immediately after the interview, the warrant said, he had a two-and-a-half-minute phone conversation with Negrin.

When agents again interviewed Martinez alongside prosecutors two years later, the warrant said he said he did indeed know Delgado and called his description of the payments as “loans” as a “poor choice of words.”

On Sept. 7, DeSantis confirmed plans to suspend Martinez. He said he’d already received recommendations for replacements and that the person is likely to be from District 11, which covers a swath of unincorporated neighborhoods on the county’s west side, including Country Walk, Hammocks, Kendale Lakes, Bent Tree and Lake of the Meadows.

“A lot of people have proposed new candidates for that,” he told reporters. “I have not had a chance to be briefed on all the potential candidates … but obviously, when you have a situation like that, there is going to be a new Commissioner.”

Martinez had the option to resign before the Governor suspended him. That would have allowed the remaining 12 Miami-Dade Commissioners to either appoint someone or call for a special election to replace him through November 2024, when his term ends.

Elected Community Council Chair Martha Bueno, who finished in second place Aug. 23 for the District 10 seat on the Miami-Dade Commission, has asked that she be considered as a potential replacement for Martinez.

“I have been doing the work. I have been following it up. I have been tracking the corruption,” she told Florida Politics earlier this month. “I think that I would do a great job at it. I think that it would be convenient for not just the Governor to have me there, but for the people of District 11.”