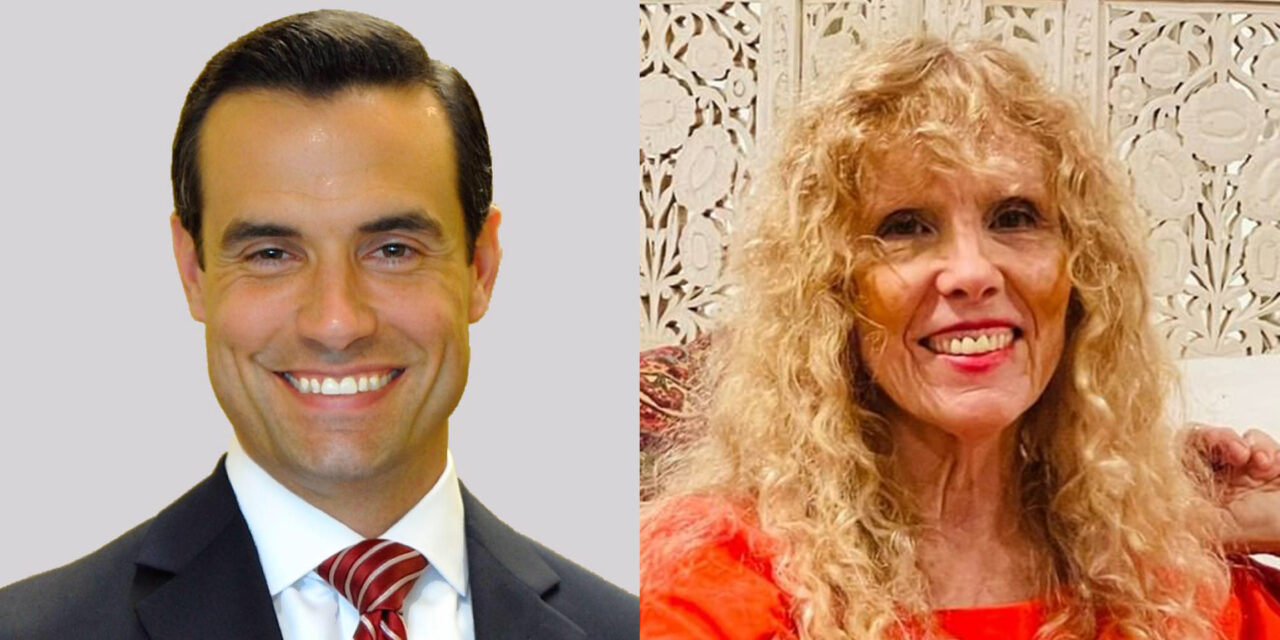 The most expensive race in Palm Beach County pits a twice-elected Boca Raton Councilman, a Democrat, against a twice-elected Highland Beach Town Commissioner, a Republican, in the newly drawn House District 91.

Boca’s Andy Thomson doesn’t even mention his Democratic Party affiliation or his opponent in his campaign materials. But his rival, Peggy Gossett-Seidman, has a video attacking Thomson which ran on local TV stations. She also prominently features a banner saying “Conservative Priorities” under her name on her website homepage.

This southern Palm Beach County district they are vying to represent — covering Boca Raton, Highland Beach and parts of west Boca — became a decidedly lighter shade of blue in the decennial legislative redistricting process. And state Republicans are pushing hard to flip this district that included territory Democratic Rep. Emily Slosberg-King last represented until she announced she would not seek a fourth term earlier this year.

Gossett-Seidman appears to be the underdog in this race, however. The district went for President Joe Biden by nearly 5 points in 2020, according to Matt Isbell, an elections data expert with MCI Maps, and Thomson has garnered much more outside support.

Between his campaign and his political committee, Running with Andy Thompson, he’s been able to raise a total of $346,024 in addition to the $30,000 he loaned his campaign. Gossett-Seidman has $304,000 in her campaign kitty, but that includes a $200,000 loan she made to her campaign.

The Moms Demand Action Gun Sense Candidate program has designated him as a candidate who will govern with gun safety in mind. And Ban Assault Weapons Now has also endorsed Thomson.