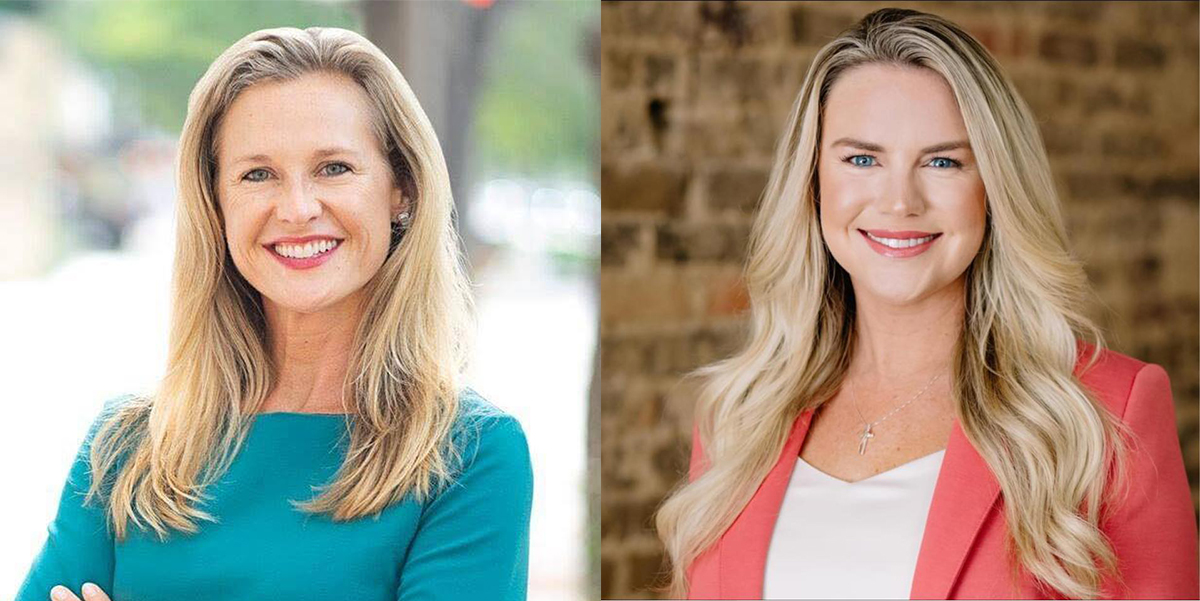 With both candidates boasting strong party backing and ample reserves, the race has become more contentious than previously expected.

The race for House District 60 wasn’t expected to be too competitive — after all, the St. Petersburg-based district holds a Democratic advantage of more than 8,000 voters.

Henson has been fighting an uphill battle for HD 60 since June. That’s when she dropped her congressional campaign in pursuit of flipping the blue St. Petersburg district red — a mission strengthened by a hefty war chest and strong support from the Florida GOP.

The self-described Christian conservative faces Democrat Lindsay Cross, an environmental scientist and community activist who has remained a competitive fundraiser even against Henson’s congressional-sized bank.

With both candidates boasting strong party backing and ample reserves, the race has become more contentious than previously expected.

The district is analogous to one held now by Rep. Ben Diamond, a St. Pete Democrat who left the seat to compete in the CD 13 contest. He later exited that race. Diamond has endorsed Cross as his preferred successor, calling Cross “my go-to when I have water quality and environmental questions.”

Cross and Henson each have some previous experience in the political sphere.

Cross led a 2018 Florida Senate run against outgoing Republican Sen. Jeff Brandes, finishing within 9 points of the popular incumbent. Cross later joined Florida Conservation Voters as a public land advocate in 2019, and has directed water and land policy there since.

Henson is the founder of a small nonprofit, College to Congress, a program to financially assist congressional interns. Henson herself was an intern for U.S. Sen. Marco Rubio. She parted from the organization in September. She also owns an excavating company, By the Bay Bobcats.

The pair also have seen relatively similar fundraising numbers. Each started the period before the General Election with about $220,000 cash on hand.

However, the names behind the numbers show a contrast between the candidates.

Cross has proven a strong grassroots fundraiser, collecting hundreds of contributions, most of them well below $1,000, between her campaign and affiliated political committee, Moving Pinellas Forward.

Henson, on the other hand, has raised most of her money from less than five donors, including the Republican Party of Florida.

As of mid-October, about 81% of Henson’s affiliated political committee’s (Friends of Audrey Henson) total fundraising was from one super PAC, which donated $210,000 at the start of June. The federal PAC, called the Freedom and Liberty PAC, was formed in November 2021, according to federal election filings. At the time of its donation, the committee had raised a total of $250,000 from only three donors, all from St. Petersburg — Greg Pater, Eileen Pater and Stephen Dehmlow, owner of Composites One.

The Florida GOP has not been shy about the party’s eagerness to flip the seat red. House Speaker-designate Paul Renner endorsed Henson as soon as she entered the race in June, along with outgoing House Speaker Chris Sprowls, Cross’ former opponent Brandes, and the Florida Chamber of Commerce.

Cross and Henson did not face any Primary opponents.

Voter registration reflects the district’s Democratic advantage, with 47,061 Democratic voters compared to just 38,738 Republicans. Nonpartisan voters could make a difference; there are 36,705 voters in the district with no party affiliation, according to the most recent L2 voter data.

For more perspective, in 2020, about 54.92% of voters in the district voted for President Joe Biden, while just 43.51% supported Donald Trump.