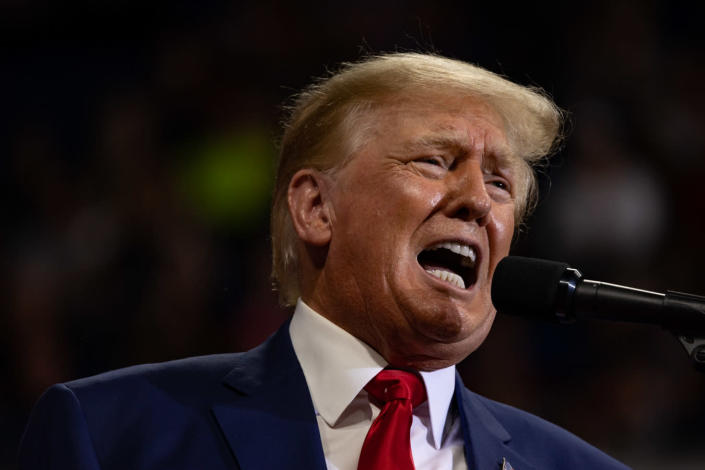 “Now that the Election in Florida is over, and everything went quite well, shouldn’t it be said that in 2020, I got 1.1 Million more votes in Florida than Ron D got this year, 5.7 Million to 4.6 Million? Just asking?”

Trump’s statement elides key context, including the reality that more people vote in presidential election years than other cycles.

But for those looking for evidence that Trump feels pressure from the freshly re-elected Florida Governor, the Truth Social post offered yet another slice of proof.

Trump, despite endorsing DeSantis and claiming to have voted for him Tuesday, continues to go negative on the Governor.

Before those interviews in recent days, Trump devoted time at multiple rallies to spotlighting a poll extremely favorable to the former President, showing him with 71% support in a hypothetical national Republican Primary, compared to 10% for the man he called “Ron DeSanctimonious.”

Trump claims he made DeSantis, but clearly the dynamic has frayed, and should be expected to deteriorate further.

nextLast Call for 11.9.22 — A prime-time read of what’s going down in Florida politics