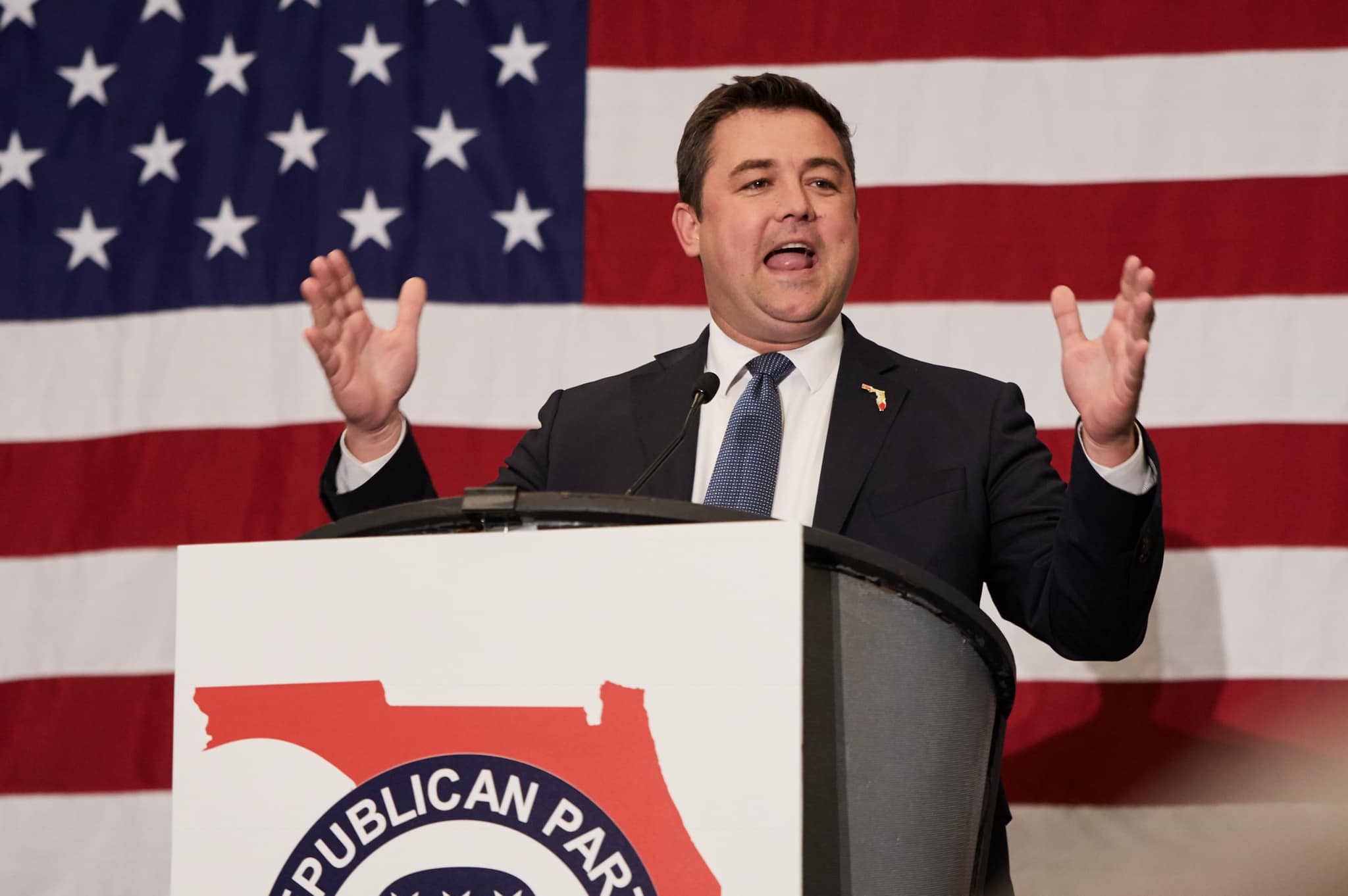 Will he follow a fellow Sarasotan to the state chairmanship?

After four years serving as Vice Chair, Ziegler made the announcement after it was clear close ally Joe Gruters would not seek another term.

“I love the party,” Ziegler said. “Whatever I can do to help the party grow, I am going to focus on that.”

Ziegler’s announcement, made first to those in attendance at a quarterly meeting for the party, follows one from Leon County Republican Chair Evan Power, who announced his own candidacy for state chair in November. With county party elections unfolding across the state, it’s likely at least one more candidate will throw their name in the hat.

Should Ziegler win the state chairmanship, it will mean the gavel moves from one Sarasota County political leader, Gruters, to another.

A strident conservative, Ziegler hopes to pull together support from traditional party voices and an increasingly energetic right wing. He notably has connections to campaigns for former President Donald Trump, especially through his digital marketing work as founder of Microtargeted Media, and to Gov. Ron DeSantis, having introduced the Governor at a pre-election rally in Sarasota days before the Midterms.

As Vice Chair, Ziegler traveled the state campaigning in the 2020 Presidential Election and during the 2022 General Election, where DeSantis won a second term by 19 percentage points in a statewide red wave. Now he hopes to build on successes.

This marks a second run for the chair position for Ziegler, who unsuccessfully challenged then-state chair Blaise Ingoglia in 2017. He considered a run in 2018 but stepped aside when Gruters jumped into the race with support from DeSantis. He instead ended up winning the vice chair position.

Before that, he served as Chair of State Committeemen and Committeewomen, and still serves as Sarasota County’s state committeeman.

“It’s tough to find anyone more conservative than I am,” he said. “I’m passionate about that, and about whatever we can do to help conservative values and help our party win.”