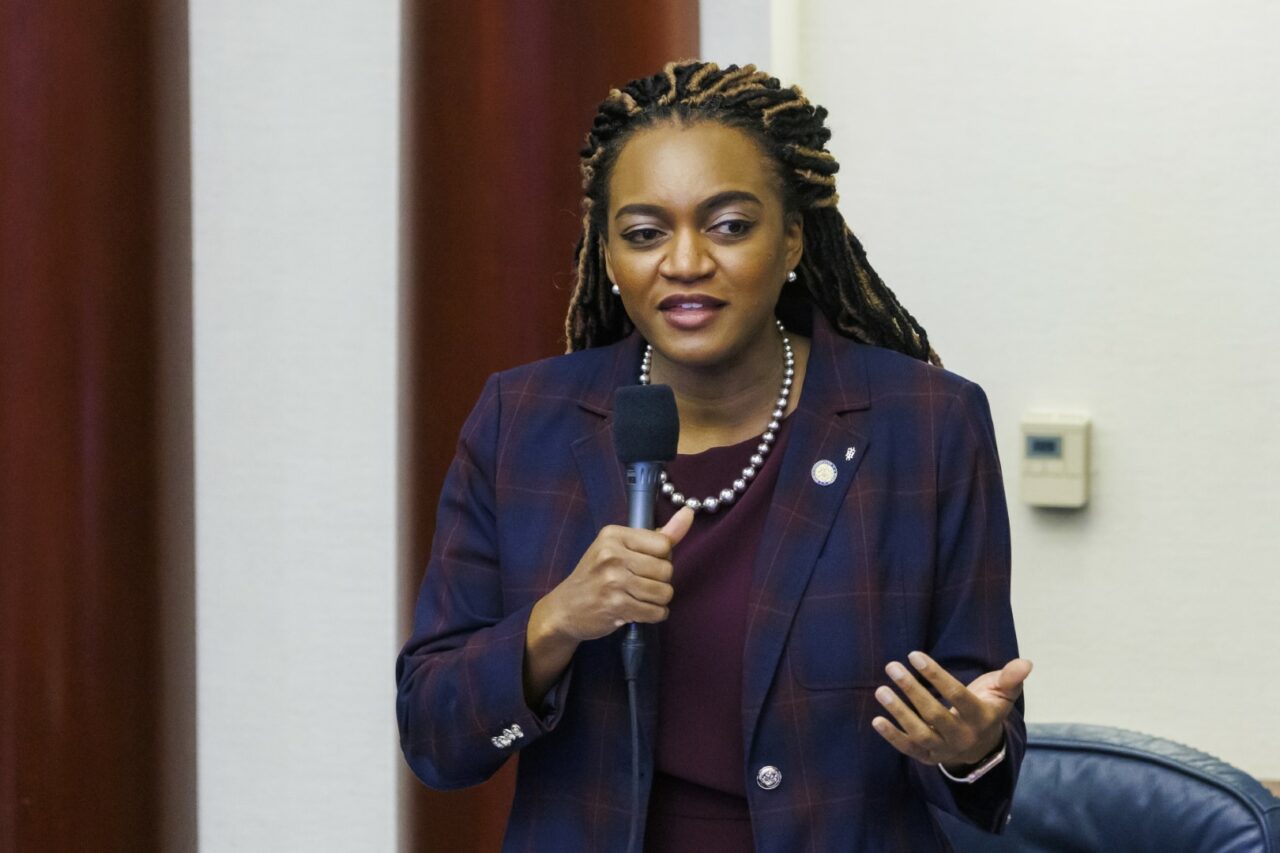 'We want to just make it very clear that any push for these extremist abortion bans is the wrong move.'

House Democratic Leader Fentrice Driskell of Tampa said her caucus would be ready to push back on any new restrictions on abortion pushed by Republicans this year, and criticized Gov. Ron DeSantis for pushing “wedge issues” while ignoring pocketbook issues that plague Floridians.

“We want to just make it very clear that any push for these extremist abortion bans is the wrong move and takes Florida in a direction our citizens don’t want us to go in,” Driskell told reporters Tuesday. “Floridians do want access to abortion. Abortion is health care. They don’t want the government telling them what they can or cannot do with their bodies.”

Driskell said she’s heard rumors Republicans will put forward a bill to prohibit abortions after 12 weeks of pregnancy, down from the current 15 weeks, which lawmakers passed last year. But this version could have exceptions for rape and incest, unlike the current law.

However, DeSantis and Senate President Kathleen Passidomo, a Naples Republican, said a lawsuit challenging the 15-week prohibition would need to be resolved before they seek further restrictions. DeSantis, though, has said he’d sign a bill banning abortions once a fetal heartbeat is detected.

Such a bill hasn’t been filed for the Regular Session that starts March 7, but Driskell said it’s possible Republicans could hold a Special Session before then to pass the abortion restrictions bill. Driskell said any such move would be pushed by DeSantis because he’s eyeing a 2024 run for President.

Driskell turned to the surge in egg prices being tied to a bird flu outbreak that has killed millions of chickens and turkeys since the start of 2022. She argued DeSantis could be concentrating on that issue by bulking up public health positions instead of focusing on culture war issues and creating “woke bogeymen.”

“In Florida we have real problems that affect real people that affect their pocketbooks,” Driskell said. “Those are the sort of issues that deserve the attention in our state government, not these divisive wedge issues that don’t do anything.”

The DeSantis administration, though, isn’t waiting for a bill to pass before pushing against abortion availability. The Agency for Health Care Administration last week sent a letter to health care providers warning them not to prescribe abortion pills in violation of state law. The letter came after the federal Food and Drug Administration finalized a rule expanding access to abortion pills on Jan. 3.

House Democratic Policy Chair Kelly Skidmore of Boca Raton said the law regarding abortion pills needs to be made clear for residents and doctors.

“There’s a gray area here where we’re trying to figure out what all of these moving parts mean for Floridians,” Skidmore said. “We need some clarity around a lot of these issues.”