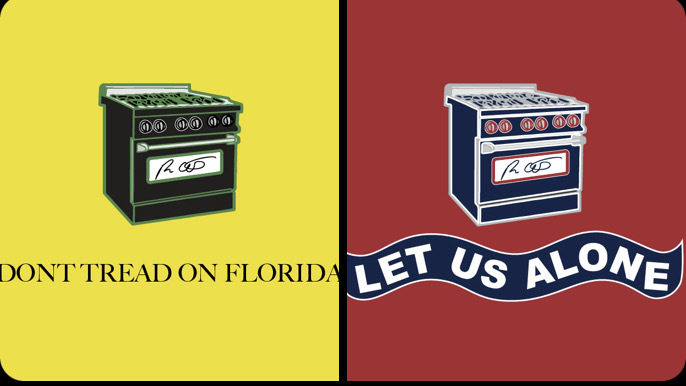 The previously niche issue of gas stoves has risen in the national consciousness in recent weeks, as a federal official from the Consumer Product Safety Commission mulled a ban on new ones, a move since walked back.

No conservative pushed back harder than Gov. Ron DeSantis, who last week teased a tax exemption on the newly controversial appliances, and the most recent Harvard Harris Poll suggests Americans back his play.

When it came to the proposed “ban,” framed in the polling as one on use of the appliances rather than a prohibition on sale of new ones, the survey shows clear opposition. While it may not be surprising that 78% of Republicans and 72% of independents oppose a ban, a slim majority of Democrats (53%) also want to maintain the gas stove status quo.

The good news for gas stove enthusiasts continued with another question, asking if certain industries/products needed more or less government regulation. Just 24% of respondents wanted government to do more about the appliances, with 39% saying they wanted less regulation, putting the pro-regulation camp 15 points underwater.

To put that in perspective, the only other product even close to gas stoves in terms of overall favorability was marijuana, where 33% of respondents wanted more government regulation, and 46% wanted less.

While DeSantis isn’t likely to embrace cannabis as an issue (he doesn’t like the smell), the polling suggests Americans like what he’s been cooking up on the gas stove controversy. The Governor’s political operation has marketed merchandise cashing in on the prospect of a gas stove grab, and he has offered a series of incendiary quotes in defense of the appliances.

“When we say don’t tread on Florida or let us alone, we mean that, including on your gas stoves! You’re not taking our gas stoves away from us. That’s your choice! I know many people who cook a lot who do not want to part with their gas stoves,” said DeSantis earlier this month at a press conference in the Villages.

“We’re going to stand up for that. You know, they float this to try to do, and they want to do it, let’s just be honest. And then you start to see the narrative kick into gear. CNN segments saying it’s causing asthma in kids, and all this other stuff. And then they start propagating the narrative, but then they got blowback, so they’ve kind of had to retreat from that,” DeSantis added.

“And now the narrative machine is like ‘Oh, why are these conservatives talking about gas stoves! They’re trying to stoke issues.’ No. You were trying to do it and we’re fighting back. The bottom line is anything they can get away with, they’re going to get away with. And this is just a perfect example of that.”

Despite DeSantis’ recent relish for the appliances, Floridians have been slow adopters.

The U.S. Energy Information Administration reported in 2020 that just 8% of homes in the state use gas stoves, with 92% choosing electric. That is the lowest rate of use in the country, tied with Maine. Nationally, 38% of homes have gas stoves, meanwhile.