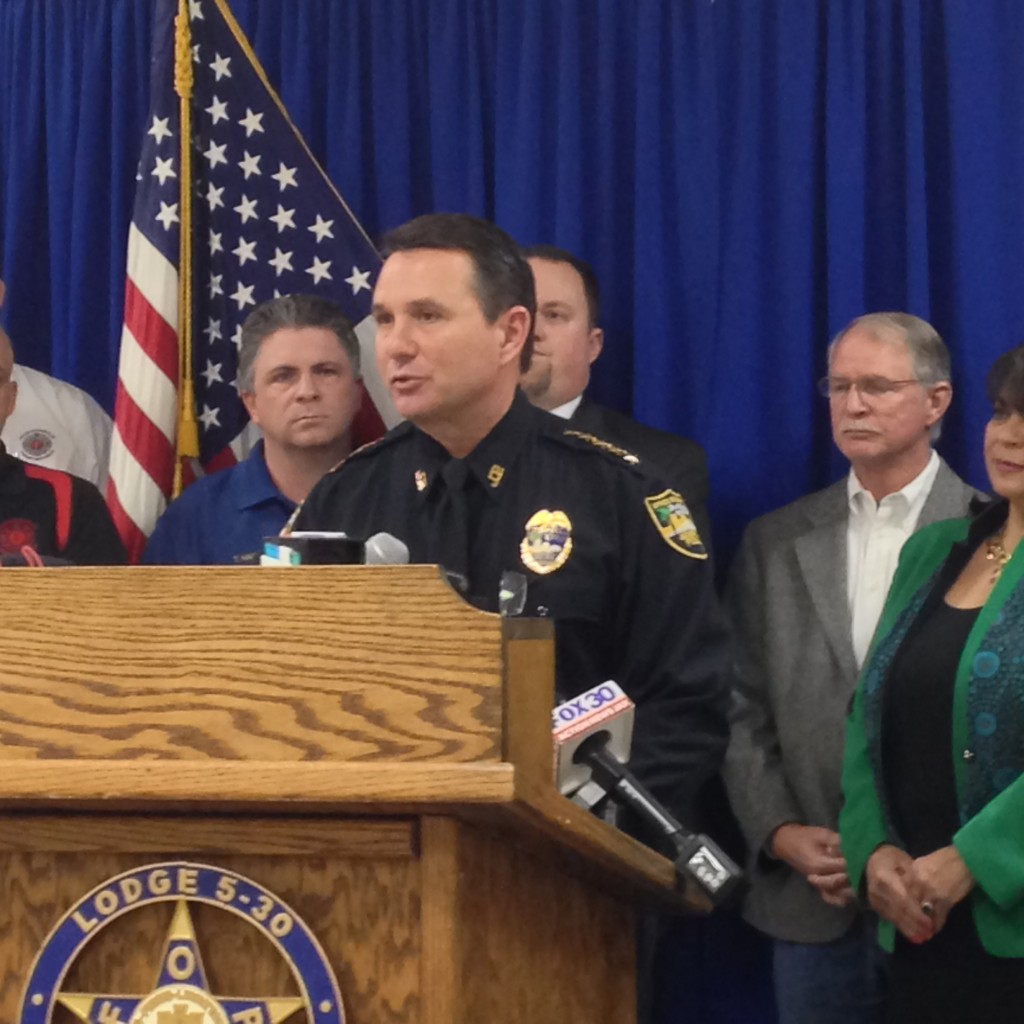 For both men, it was an easy decision, and a validation of the long-range vision underpinning law enforcement and the administration of justice in Jacksonville.

Rutherford used familiar language, referring to the “three-legged stool” of prevention, intervention, and enforcement, and saying that the State Attorney is “incredibly important” to the overall picture.

“In 2011,” Rutherford said, Jacksonville had the “lowest murder numbers since 1971,” and Corey (along with “very aggressive law enforcement” and the payoff from the Jacksonville Journey) was a reason why.

Law enforcement was able to “take the fight to the bad guys on the street,” who were “held accountable” by Corey.

There is, Rutherford continued, “no one in the State Attorney’s Office who has greater compassion for victims,” and “no one that strikes more fear in the hearts of the bad guys.”

Corey, Rutherford said, is “what we need to respond to the [spike] in violent crime,” a scenario reminiscent of the 2007-2008 period.

Rutherford passed the mic to Sheriff Williams, who spoke to his own reasons for offering “complete support” to Corey, which include her “remarkable intelligence and energy,” her “compassion for victims, [which is] second to none,” and her ability to “lead a competent and professional staff of attorneys.”

In her remarks, Corey spoke to the ability of her office and the JSO to “work together,” even if “we don’t always agree,” with the goal of communicating and “always putting the needs of the community first.”

Corey likewise pointed to success by both offices, saying that the State Attorney’s Office was “top 5 in the most important categories” in the state, and that the JSO’s homicide clearance rate is among the highest in the country.

Addressing a critique from a gentleman at Thursday night’s Jax Journey Community Conversation, in which he said he had video tapes from 26 years ago of people proposing the same solutions to recurrent problems of poverty, blight, and violent crime, Corey said that “though people say we’ve been talking for 26 years… we have seen significant improvements” under the last two sheriffs.

When asked about the Wes White factor, Williams was typically diplomatic, citing his “long working relationship with Angela Corey” and saying that he didn’t “know Wes very well.”

Rutherford, who even when he was in office tended toward bluntness, said that “I’ve known Wes for many years,” before emphasizing his case for Corey.

“Beginning in 2011,” when Alvin Brown took office, two of the three legs of the three-legged PIE stool were “crippled,” in large part because of the cut of 147 police officers and 92 community service officers.

With “anyone but Angela Corey [in office],” the “third leg” would be “cut off.”

Rutherford deemed Corey the best qualified to run the office; then, as the press conference portion of the event ended, Rutherford and Corey hugged.

Corey is winning the endorsement sweepstakes, and she has a comfortable lead in the campaign finance realm as well. She has just over $240,000 cash on hand; White, meanwhile, has spent $4,200 more than he’s taken in, though a $10,000 personal loan is keeping his campaign afloat.