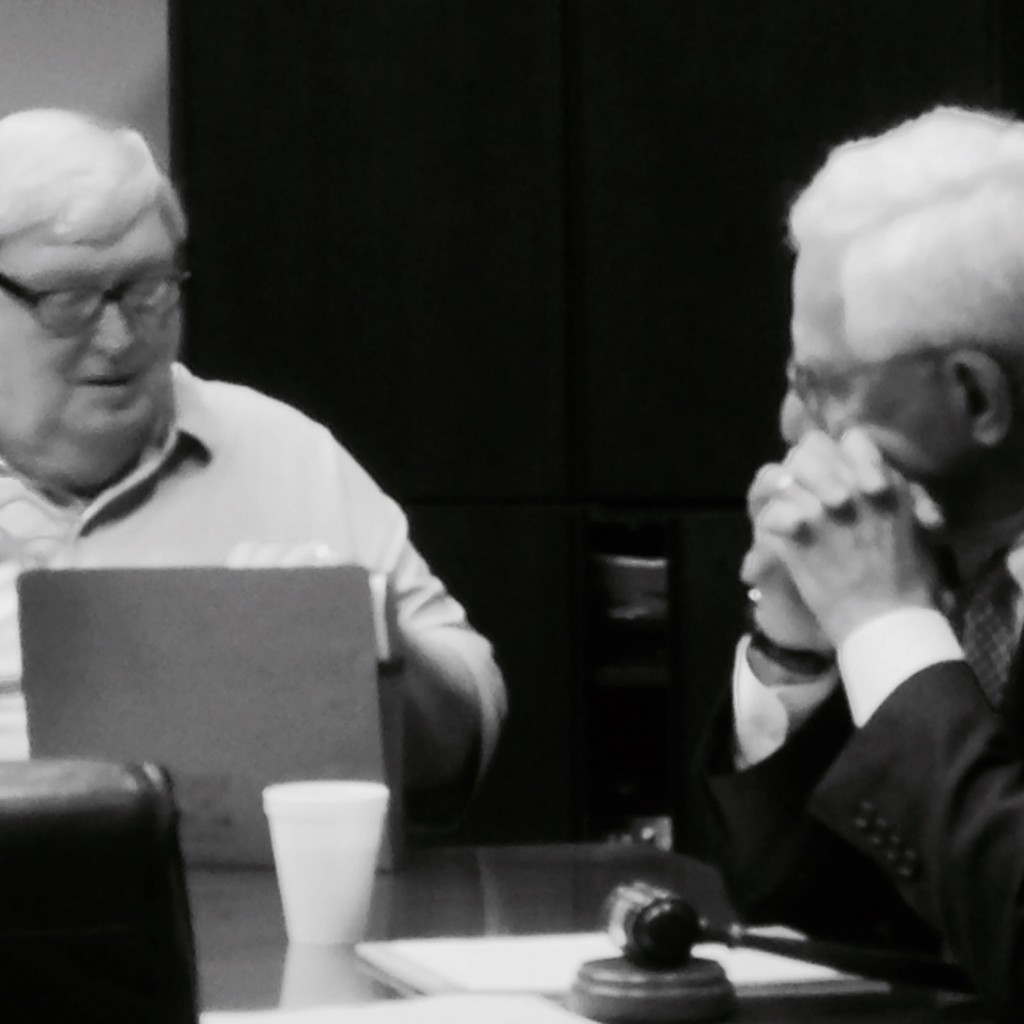 On Tuesday, the Jacksonville City Council will attempt to fix its written communications policy, and finalize its ongoing conflict with former Police and Fire Pension Fund head John Keane.

The two bills will likely take up the most time in deliberation, with opportunities for both honest disagreement and tub-thumping demagoguery on both.

The written communications bill, filed by Bill Gulliford last fall, seemed to be superseded by Council President Greg Anderson banning the use of cellphones by Council members during meetings soon after it was filed.

That ban was observed at first, but has been flouted in recent weeks, and Gulliford’s bill was the main event at both Rules Committee meetings in February, during which the bill received a mixed reaction.

The bill includes a measure prohibiting “electronic communications” from or to councilmembers related to legislation on the agenda during meetings (read: with lobbyists, such as happened during Text-Ghazi). Gulliford wanted it to move through on Feb 2; Rules member Garrett Dennis pushed for deferral to let the bill “marinate.”

The bill was deferred for two weeks, steeping in the wholesome broth of the Council office suite, and was brought back to Rules this past Wednesday.

And a bill always tastes better on its second committee hearing.

As was the case two weeks prior, there was pushback, including from councilmembers (Dennis and Tommy Hazouri) whose verboten texts in September led to the cellphone-use prohibition in the first place.

This time they got it through committee, pushback notwithstanding.

Committee member Tommy Hazouri, saying that he’d like to support the bill, said, “I don’t want to be caught on something unintentional” (in yet another salvo in his continuing war against what he sees as inconsistencies in how the city’s ethics director handles business) saying instead that the current prohibition against cellphone use (which again, no one really follows consistently at this point) could be “tweaked.”

Garrett Dennis opposed the measure as “overkill,” saying it would impose a “gotcha.”

The bill passed Rules 4-2, with Dennis and Hazouri the no votes.

The bill will occasion robust discussion, perhaps veering into inside baseball if one or more council members takes the political personally.

Another bill with the possibility for heated discourse is 2016-80, which authorizes a litigation settlement with the city, Keane, and the Police and Fire Pension Fund Board of Trustees.

Keane’s retirement benefit would be blended, reflecting his senior staff retirement fund benefit from 1990 to 2012, and reflecting the general employee fund payment from August 2012 through September 2015 when Keane retired from management of the fund. Keane also is on the hook for an additional employee contribution into the SSVRP of $6,262.26, representing the difference in the employee contribution rate of 7 percent to the SSVRP and 7.7 percent to the GEPP for the three years from 2012 to 2015.

The settlement version of the plan would pay Keane $225,000 in the first year, and he would be responsible for $6,262.26 in repayments because of a lower contribution rate to the Senior Plan versus the General Fund.

The bill passed Finance, 7-0, even as not all committee members committed to supporting the measure in front of the full Council,  and as committee discussion seemed to anticipate adverse political and financial consequences

Gulliford observed in Finance that “public sentiment” is “strongly against us settling this deal.” So strong, in fact, that it might adversely impact the pension tax referendum.

Committee member Matt Schellenberg, as is his tendency, said that the city is not “very good at negotiating.” He also posited that “the citizens don’t care if they lose the case. They’d be willing to pay $2 million on the principle … the money means nothing to me … .”

And $2 million might be about right for how much it would all cost. General Counsel Jason Gabriel noted that, given the likelihood of “hardcore discovery,” an outside pension litigation expert would have to come in, at a cost of $75,000 to $150,000, in addition to the “soft costs” of General Counsel fees. As well, the Police and Fire Pension Fund attorneys would be piled on, and those would be a multiple of three or four of the city costs.

The PFPF hires the best counsel available, and would be especially inclined to do so to defend its establishment of the Senior Staff Voluntary Retirement Fund.

As Lori Boyer noted in Finance, those costs would be “over a million dollars,” and “the longer we pursue it, the costs just go up incrementally every month.”

John Crescimbeni expressed concerns also about the “marketing of a sales tax extension in the shadow of this kind of settlement.” In the end, after more discussion of the costs of inaction, Crescimbeni observed that “I don’t want to lose the referendum for the cost of $600,000.”

“Everywhere I go, the public’s enraged,” Crescimbeni added, but given Keane’s salary, his pension even under the general fund would be $187,000.

Gulliford described these projections for the Keanes as “overly aggressive.” One doubts this line of discussion will be revisited in front of the full body Tuesday, but one can never be sure.

Boyer and Gulliford reserved the right to vote against the measure in front of the full Council. And it’s hard to rule out others joining them.